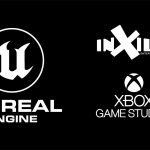 Lumen is a fully dynamic global illumination solution that immediately reacts to scene and light changes. Artists and designers can create more dynamic scenes using Lumen, for example, changing the sun angle for time of day or turning on a flashlight, and indirect lighting will adapt accordingly.

Nanite virtualized micropolygon geometry frees artists to create as much geometric detail as the eye can see. Nanite virtualized geometry means that film-quality source art comprising hundreds of millions or billions of polygons can be imported directly into Unreal Engine.

Not only will these new technologies allow developers to create more realistic environments, but they’ll also expedite the development process. Epic Games CEO Tim Sweeney also confirmed that developers that started their projects on Unreal Engine 4 will be able to move them to Unreal Engine 5.

A few days ago, Head of Xbox, Phil Spencer, suggested one of the developers under the Xbox Game Studios umbrella is already using the latest Epic engine. Ninja Theory’s Hellblade 2 is one of the many projects that will be using Unreal Engine 5.

Incredible work by the team at Epic @UnrealEngine, many of our XGS studios are using Unreal, like the team at Ninja Theory creating Hellblade II, and are excited to bring these UE5 innovations to life on Xbox Series X. https://t.co/HGNTY1eTgq

Yesterday, Brian Fargo of inXile Entertainment, confirmed that their upcoming RPG game will also be using Unreal Engine 5. Microsoft acquired the studio back in November 2018.

We've had quite a few questions about our next gen RPG and can confirm it will use Unreal Engine 5. https://t.co/65jq0ckz5f

Most of the developers under the Xbox Game Studios umbrella are already using Unreal Engine. Studios such as The Coalition, Obsidian Entertainment, Playground Games, Ninja Theory, Compulsion, Double Fine, Rare and Undead Labs confirmed using Unreal Engine for their upcoming titles. Therefore, it shouldn’t surprise anyone that inXile Entertainment would also make use of Epic Game’s latest engine.

Unreal Engine 5 beta is set to release in early 2021. However, games running the Epic’s latest engine won’t be available until late 2021 or early 2022.