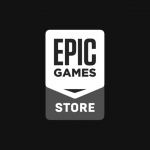 When Epic found itself swimming in Fornite money, many analysts had speculated what the company would do next. Opening up their own PC storefront, and paying developers and publishers big cheques to stay off Steam. Well, no one could have predicted that. Epic’s endless pursuit to try to shake up the PC gaming space has drawn lines between PC enthusiasts. While online arguments rage on, it appears Epic Games is continuing to trend upwards.

Today, via an article on GamesIndustry.Biz we learned that the Epic Games Store officially hit 61 monthly active users. During the storefronts “Vault” event which saw games like GTA V, Civilization VI, and more go free for a limited time. It is no surprise to see these numbers skyrocket. Couple this new monthly active user count with the fact the store broke 13 million concurrent users during this period as well. Obviously, GTA V was a huge draw for the storefront, and that was a huge factor in what drove traffic. This is still a massive accomplishment for the storefront after only being on the market since late 2018.

However, I cannot discount the success that the Epic Games store has found in a very short time period on the market. While making big-money deals to drive traffic to their storefront has been frowned upon by the PC community. These numbers don’t lie. Many have no problem with having multiple storefronts on their PC as long as the price of the games is right. While Steam continues to have a massive edge in the PC space. Epic continues to claw and fight for its users. Competition breeds better products.