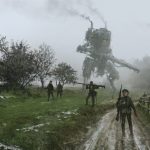 The RTS genre is an often underappreciated genre compared to the many FPS and multiplayer titles in the PC market. Even then many RTS games feel like clones of themselves in terms of their settings and story choices. Often opting for either a space sci-fi backdrop or a medieval-era setting. This is where Iron Harvest really sets itself apart. The game is set in an alternate universe of post World War I. The game has received positive impressions from previews. Now in just a few days, PC players will be able to get a taste for the game themselves.

The developer’s King Art Games tweeted out today that there will be a free Steam demo that will be coming in the next couple of days. This demo will give players a small slice of what they can expect from this upcoming RTS title. This demo will no doubt have an official announcement at the upcoming PC Games show tomorrow. Then we will most likely have an official date for the demo. We will update this story as more information becomes available.

Your chance to play #IronHarvest is sooner than you think.🤖⚔️🐻
Free @Steam Demo for you to RTS with your mates.
Stay tuned for more details soon #gamedev #gaming #games #videogaming pic.twitter.com/wSHjEYu28x

Are you excited for Iron Harvest? Let us know in the comments and don’t forget to check back for the latest gaming news and information.