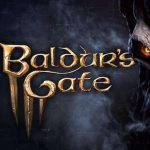 If you have been following Baldur’s Gate 3 development you have probably heard that early access was originally planned for PC and Stadia for August 2020. However, like many titles in 2020, the game was pushed back. Developers Larian Studios continued to assure fans telling them it’s just around the corner. The developer’s official Twitter account just relayed some really good news about Baulder’s Gate 3.

Not only that this heavy hitter is releasing in early access tomorrow, but it’s also making its way to Mac too! Oh, and it’s also coming to both Steam and GOG. This means that gamers have choices where they prefer to buy Baldur’s Gate 3. More choices means it’s better for consumers.

We've got a big surprise for Mac fans. Baldur's Gate 3 will also launch on Mac, tomorrow 10am PT! Now, Mac fans will very much be part of the Early Access journey. pic.twitter.com/66N4jyIDMp

Baldur’s Gate is a classic and beloved CRPG. The world was shocked when they third installment was announced. It’s also good to know that Baldur’s Gate 3 is in good hands with  Larian Studios at the helm, the makers of Divinity: Original Sin titles.

Are you excited for the game? If you own a Mac will you be playing it now that its been annoucned for the platform? Let us know in the comment section below. Also, don’t forget to check back to the Lords of Gaming for the latest gaming news, features and analysis.