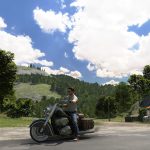 You are reading
Serious Sam 4 review

It has been a long time since I have had a shooter like Serious Sam in my hands, and I have been pumped for a while now to give it a go. It is always exciting to see a decades-old franchise make a comeback to the modern era. Serious Sam 4 definitely straddles that line between past and present.

Serious Sam 4 is a prequel to Serious Sam 3, but it is not necessary to know anything prior to jumping in. Once again, you are Sam Stone and humanity is under attack by a super-villain Mental, a destroyer of worlds. In order to stop him from wiping out Earth, you will be assisted by a commando squad team. The basic idea of the game is causing mayhem while being assaulted by many waves of enemies. 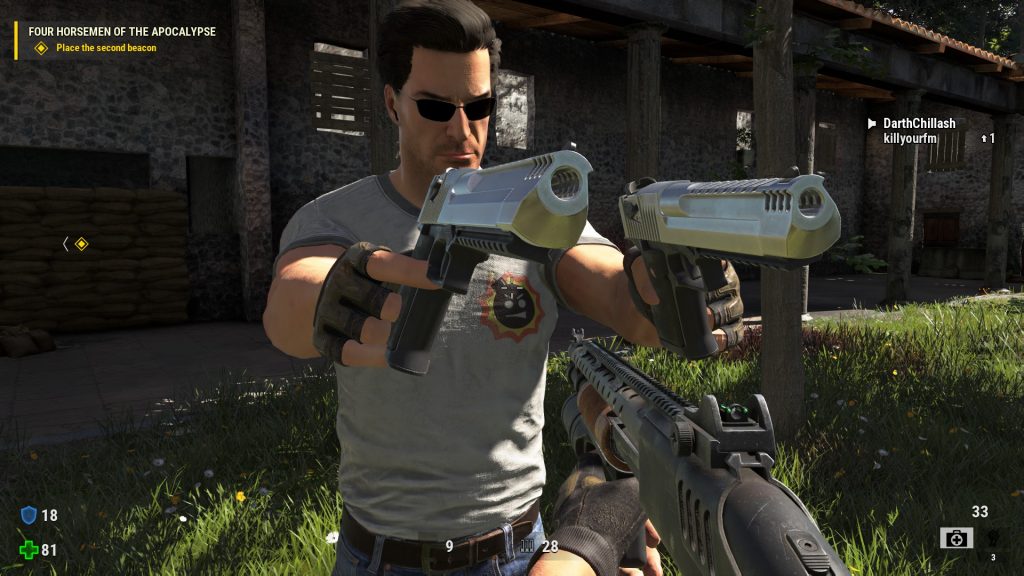 Weapons are the foundation of the game. You can upgrade and dual-wield them after you acquire the necessary skill. The basic idea of getting through any given level is to kill everything.  Usually, the game will lock you inside an arena and will not let you out until you are done with waves of enemies. It may seem simple, but the game feels good enough moment-to-moment that the repetitive nature of the gameplay does not get in the way of enjoying the mayhem.

There are plenty of weapons to choose from, and it is important to understand which weapon is the best for the enemy. The shotgun is good for one-shot-killing most of the regular enemies if you manage to headshot them, but it takes a while to reload so it might not always be perfect. When hordes of enemies surround you, the chainsaw launcher is a much more suitable tool for the job.  With its homing functionality, the chainsaw projectile will find its way to the enemy and one-shot kill even the bigger guys.

The shooting mechanics gave me a comparable feeling to what DOOM offers. The game requires fast reactions from the player and precise aiming. In Serious Sam 4, you live fast and die hard. The adrenaline rush reminds me of constantly dying in Dark Souls. It’s a mix of frustration that leads to the elation of accomplishment after overcoming the overwhelming amount of enemies sent at you. The game offers multiple modes of difficulty where Normal can be very challenging, but I found the Tourist mode to lose much of the desperate fun that made the experience rewarding for my playstyle.

Action scenes are amplified by a good soundtrack, but their timing needs improvement. On many occasions, when you would clean up waves of enemies, the music would abruptly stop. This created a jarring snap out of the gameplay immersion. This felt like something that could have used more attention during development. 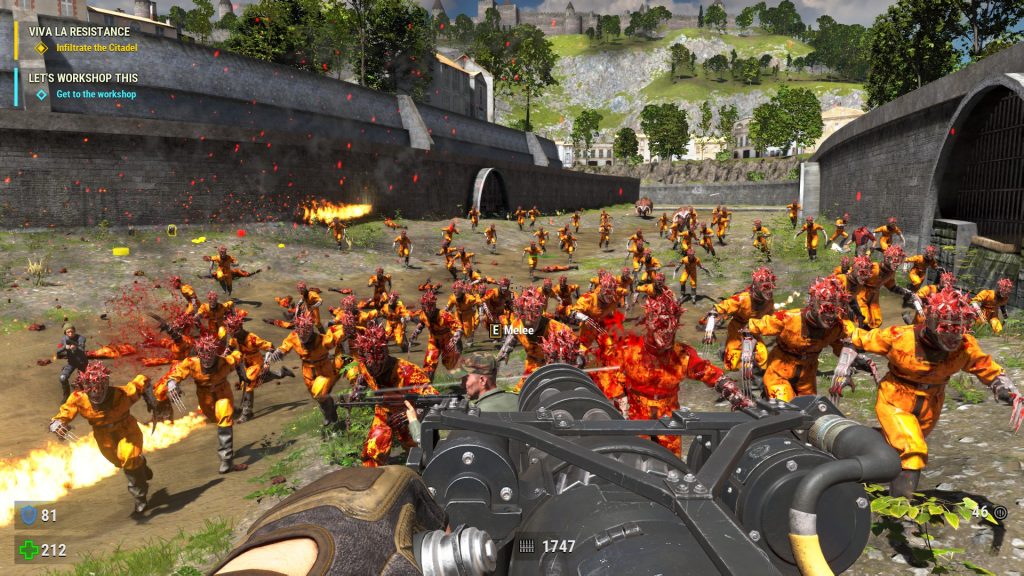 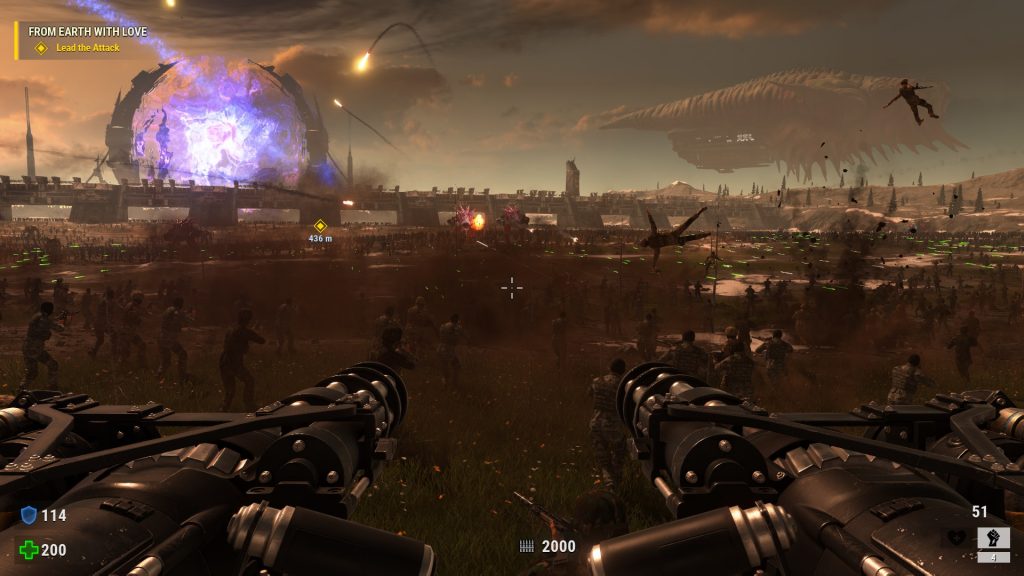 Vehicles are pure entertainment. Driving them fortifies the macho presentation of the protagonist. Each vehicle has a unique soundtrack that further differentiates them and enhances that presentational element.  Some of the vehicles decrease your travel time to the next shooting zone (although you can go on foot). Others play a pivotal role in killing countless enemies that would otherwise be next to impossible. One particular vehicular element that was just delightful was the ability to run enemies over with a tractor. It is a somewhat superfluous mechanic that I found never-ending satisfaction in. 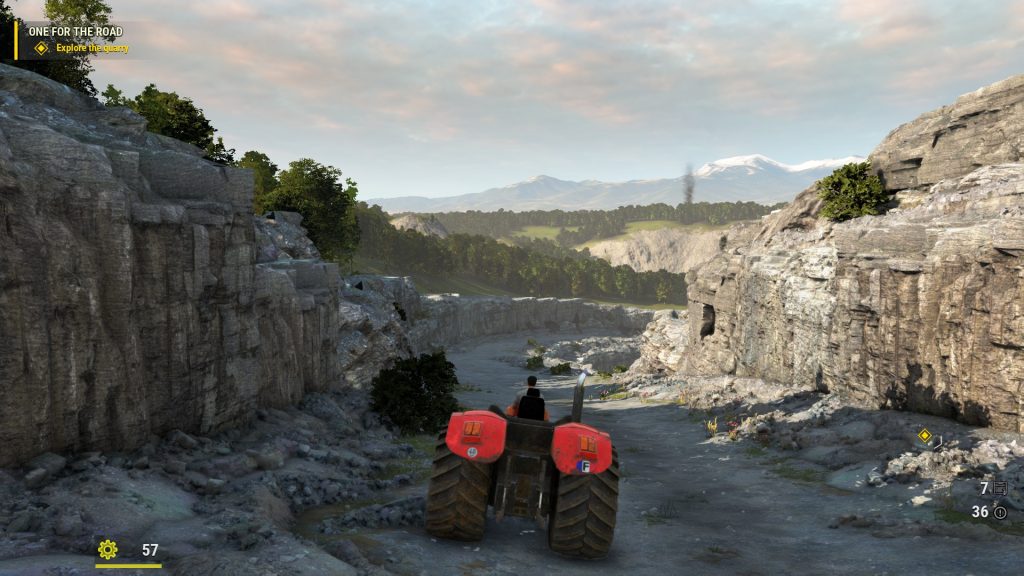 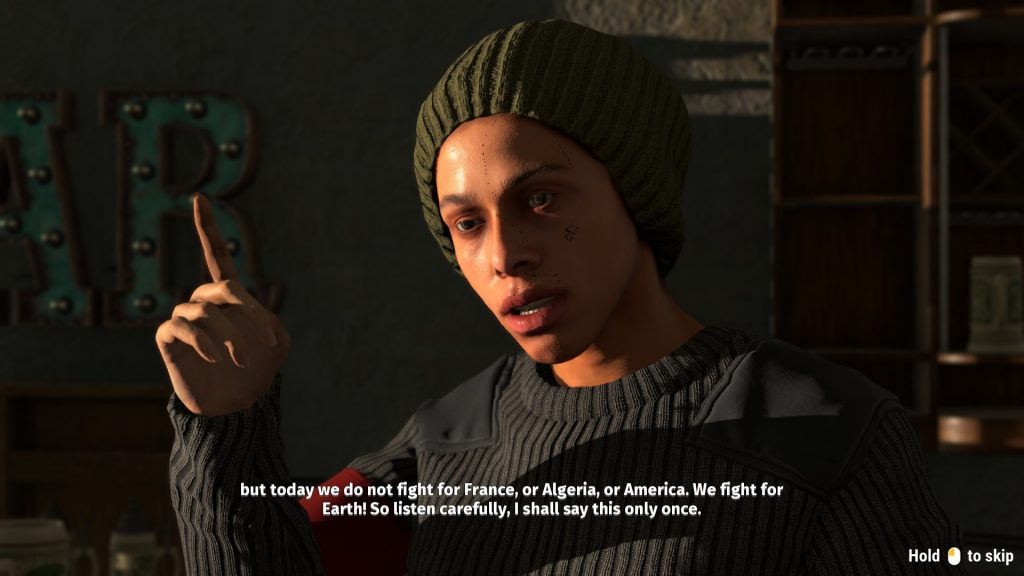 For better or worse, Serious Sam 4 stays in the past. The better part of it is the nostalgic focus on gameplay simplicity. The story is very simple and gets the job done. You know who you are fighting and what you are fighting for. That being said, it does not go out of its way to offer any meaningful content beyond the run-and-gun gameplay itself. Depending on the difficulty you chose, the number of enemies you kill, and the time it takes for you to do it, it will affect your level score. This creates a fairly decent replayability value for score junkies.

Old school games used to have a lot of hidden secrets, and Serious Sam 4 holds true to this tradition. You will want to peek into every corner if you wish to improve your chances of discovering a secret place that might give you an extra edge during the gameplay. Generally speaking, it is a good idea to often step away from the main path and do all the sidequests. Unfortunately, this is where the best weapons are waiting. This means they are easy to miss if you mainline the campaign. For example, a crystallized Black Hole is one of the best gadgets in the game. You receive it as a reward after completing a secondary mission. When thrown, it will form a huge black hole in the sky that will suck all enemies in and eventually explode.

There is plenty of “old school” humor that aligns perfectly with the trends of my youth. Small digs like that Allo Allo reference in the screenshot above. I dearly loved that in-game scene, but this was the exception. The humor is a throwback to the simpler times of the nineties, but I felt rather immune to it throughout most of the narrative. 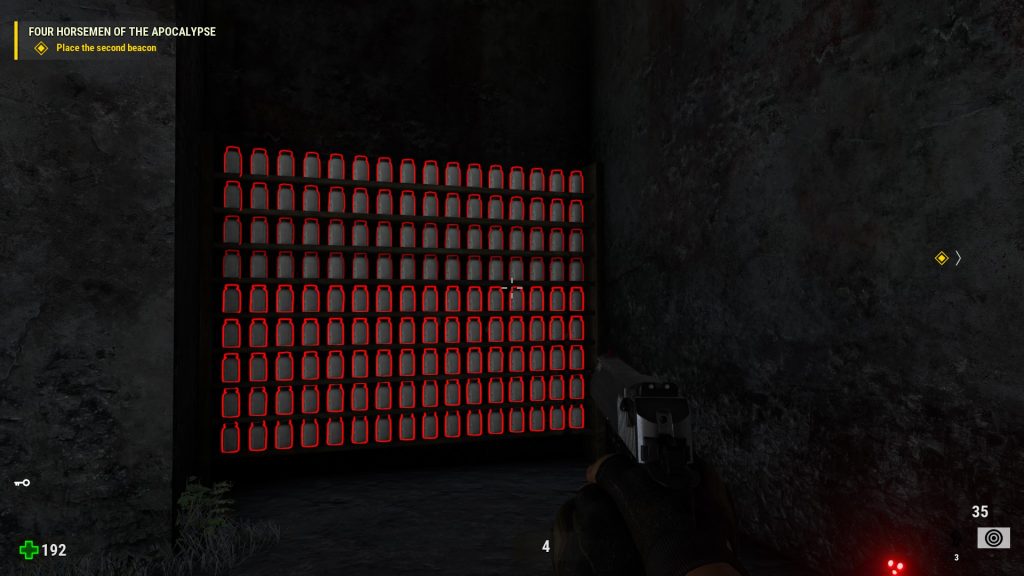 There is a co-op mode where multiple Sams can work together to take on the same beasts. I had some stuttering issues when I played cooperative (on graphical settings that worked fine in single-player). This was after the day-one patch, so I would expect more polish to go into this field. For now, the co-op mode is simple but fun. It changes the gameplay from single-player clutch moments to a more relaxing grouping-up with friends. Pick a level and difficulty and run-and-gun. You can adjust details like the respawn timers, but that is about it until the promised additional co-op modes arrive later. A level editor is also announced but is not available as of launch.

When I first fired up the game, it was immediately clear that Serious Sam 4 is a beefed-up Xbox360-era game with highly detailed textures. But the engine feels outdated and it feels like everything is simply made with the word more in mind. More DPI in assets, more polygons, more frames, more enemies, more square kilometers. The game is tailored with corridors in mind, but since it is all outside there is not much stopping you from taking a shortcut to your destination through the woods instead of along the road. The maps are huge. Roadblocks that are supposed to stop you from going further with your vehicle can be avoided by making a detour. I’m not sure if this is intended or not, but it lead to moments of entering the battlefield with my beloved tractor, rather than on foot.

My PC comes just a bit short of the recommended specs with 6 cores of 3.4 GHz and a Radeon 5700 GPU paired with 16GB RAM. In-game performance auto-detection puts my CPU in the highest tier. This enables all the CPU-bound features, but my GPU gets dropped one notch from ultra to high claiming that 8GB VRAM is not enough. I am not sure what the reasoning is for 8GB VRAM not being enough, since I played on the FullHD resolution, but if I manually switch the GPU memory to ultra, I get gorgeously detailed textures. Most PC users will tweak these settings on their own, but it is worth noting that auto-detection is not perfect. I did achieve stable 80 fps with the auto-detect though. The game supports DX11, DX12, and Vulkan. 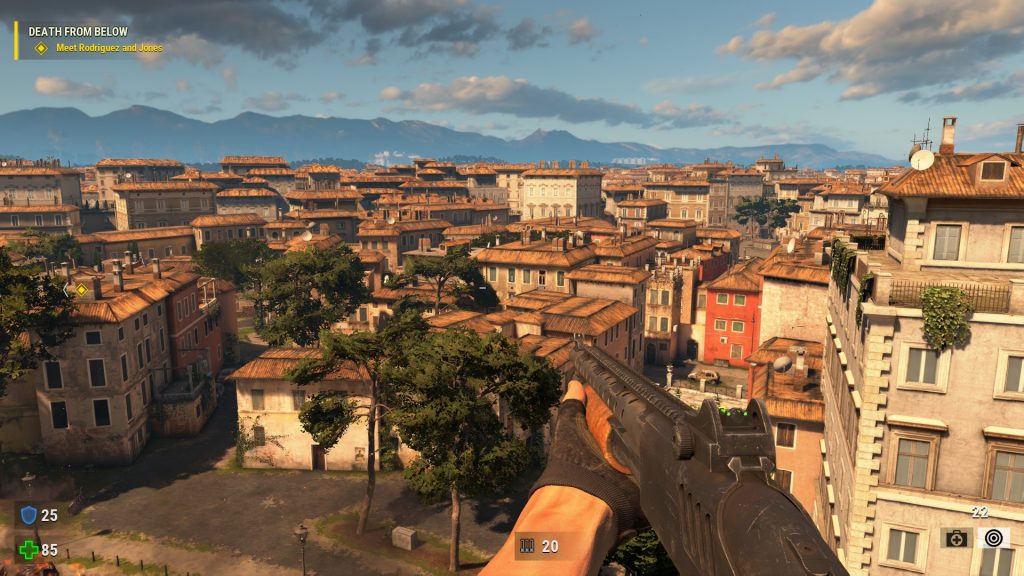 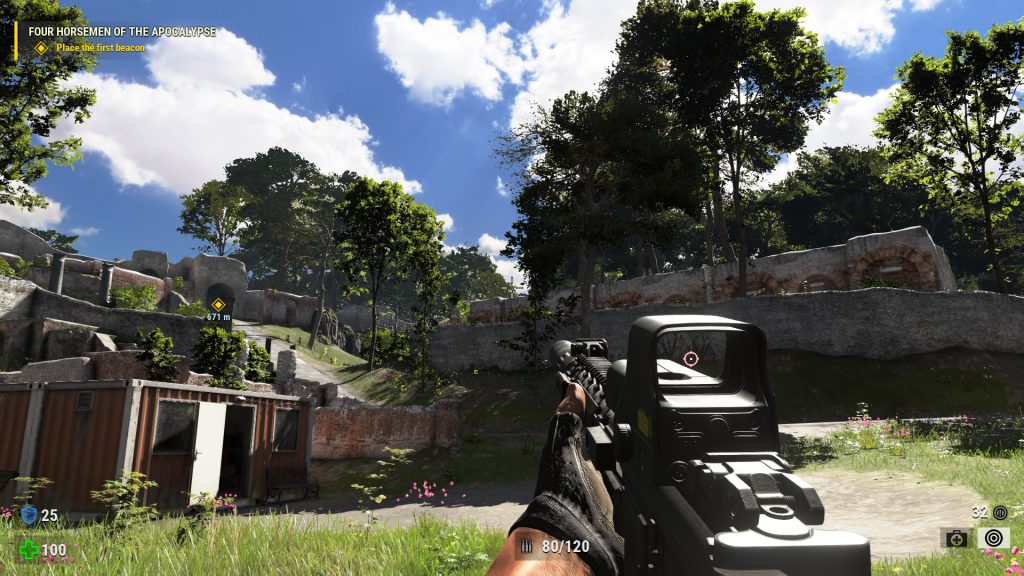 As a new Sam player, I had a ton of fun in both the single-player and co-op modes. I spilled a lot of sweat reloading the last save-game many times until I barely made it through alive. Finally succeeding in killing all the waves of enemies gives you that thrill of accomplishment that many games strive for but few achieve. The soundtrack is one of the highlights of the game. It works with the action very well except for inconsistent timings. Graphics on the other hand feels outdated, and not even the high-res textures can save it from appearing disappointing. Croteam promised mod support soon which, I expect, will increase the game’s replayability. The game retails at €40 / $40, which is a welcome acknowledgment of the tier that the game belongs in.

This review was made by playing the PC (Steam) version of the game provided by the publisher.

Check out our Iron Harvest review