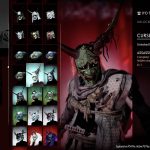 You are reading
Ghost of Tsushima: Legends Releases Oct. 16

Ghost of Tsushima will be receiving a free update filled to the brim with content such as co-op multiplayer and a new game+ mode.

Just in time for the spooky season, Version 1.1 will be available to all Ghost of Tsushima owners on Oct. 16. The update is said to include the Ghost of Tsushima: Legends co-op multiplayer and updates to the singleplayer campaign. The new mode is focused on the fantasy element of samurai legends and Japanese mythology. Two-player story missions and four-player survival missions will be available to play when the update goes live. Sucker Punch is also planning to release Raids for those with dedicated teammates.  Check out the trailer below:

“In Ghost of Tsushima: Legends, you’ll be able to pick between one of four classes. Each one has their own unique advantages. When you start Ghost of Tsushima: Legends, after a short tutorial, you’ll choose which class you want to unlock first. As you rank up, you’ll unlock each of the remaining classes,” details the blog post. Each class is said to have its own ability and set of Charms for players to customize. From the post, you are not locked into one specific class and can change whenever you like. Sucker Punch says players can have a full party of the same class,  having all different classes, or any combination in between.

Concerning the classes, Legends will have four available: Samurai, Hunter, Ronin, and Assassin. Players can take any one of these classes into Legends’ two-player story missions for various challenges and rewards. Four-player survival missions includes fighting off waves of enemies. Lastly, Raids require players to set up their top-tier gear and careful coordination to surpass the three-part adventure. Photo Mode, new masks, new armor, emotes, and new trophies are all included as well with no microtransactions.

As for single-player content, Sucker Punch is adding a few new features based on feedback, such as New Game+. Techniques, gear, and vanity items are all carried over into the New Game+ playthrough. The difficulty will be increased in New Game+, but it can still be adjusted. Players can now see their total playtime when saving their game as well. Exclusive to New Game+ is the Ghost Flower, which unlocks a host of new dyes and gear. A new horse, gear loadouts, new charms, additional upgrades to weapons and trophies will be added in the Ghost of Tsushima 1.1 update.