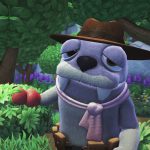 You are reading
PS5 Reveal Event: Bugsnax Coming to PS4 and PS5

Sony has at long last revealed the PS5 console but there was more to see at today’s show than hardware. There were also a number of games announced as well including an odd little title called Bugsnax. It’s cute, mildly disturbing, and looks like a blast to play. Let’s take a closer look at the trailer below.

By now you can tell that Bugsnax looks utterly bizarre, but is quite charming. That is to be expected from the game’s developer – Young Horses. If the name of that studio rings a bell then you have likely played their earlier title, Octodad: Dadliest Catch.

But what is Bugsnax, exactly? Well, you play as a journalist who has been invited to a mysterious island. It seems this area is home to a newly discovered species that are part bug and part … well, snacks. Consuming these creatures can cause your body to change in bizarre and amusing ways. As you progress through the game you just might uncover the secret of this island and these tasty life forms.

The nine developers at Young Horses have spent six years crafting Bugsnax and they are making sure to take advantage of the new capabilities that the PS5 offers. They seem to be especially excited about how the new DualSense Controller impacts the gameplay experience.

“Feeling vibrations change with the terrain underfoot, the triggers tensing as I snap a trap shut on a Bugsnak, and then hearing its cute little chirp through the controller speakers right next to my face — it’s honestly so cool,” wrote Phil Tibitoski, President and Co-Founder of Young Horses on the PlayStation Blog.

“My team is still exploring all the potential for immersion [in Bugsnax]”, notes Tibitoski.

All of you early adopters of the new PS5 console should be able to play Bugsnax later this year. The studio is aiming for a Holiday 2020 release window. If you plan to stick with your PS4 console a little longer, don’t worry. The game will make its way to that system too.