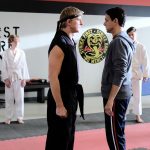 You may have already heard the good news but Cobra Kai, the successor series to The Karate Kid, has a bright future ahead of it. It seems that YouTube is withdrawing from scripted shows and refocusing on creator content. This means that Cobra Kai will now be shown on Netflix for the foreseeable future.

Season 3 of the series has already been produced and will be released later this year. There is a possibility that Netflix will want to renew the show for a fourth season (and possibly more seasons after that.) That means there are plenty of notable characters in the original four movies from The Karate Kid universe who could potentially make an appearance on Cobra Kai.

Before we get to the list, let’s make one thing clear. Not every character from the original film saga will appear on the new show nor should they. As much as the producers of Cobra Kai love to tug on our nostalgic heartstrings, they also have to keep the show appealing to younger viewers who may not have seen the movies. I am also assessing each character’s likelihood of showing up on the new series based on the assumption that the original actors will reprise their roles. There is always the possibility that a new performer will be cast to take on the role of a previously established character.

Warning! – Spoilers for the first two seasons of Cobra Kai ahead.

With that out of the way, let’s have a look at 5 characters from The Karate Kid who could show up on Cobra Kai. 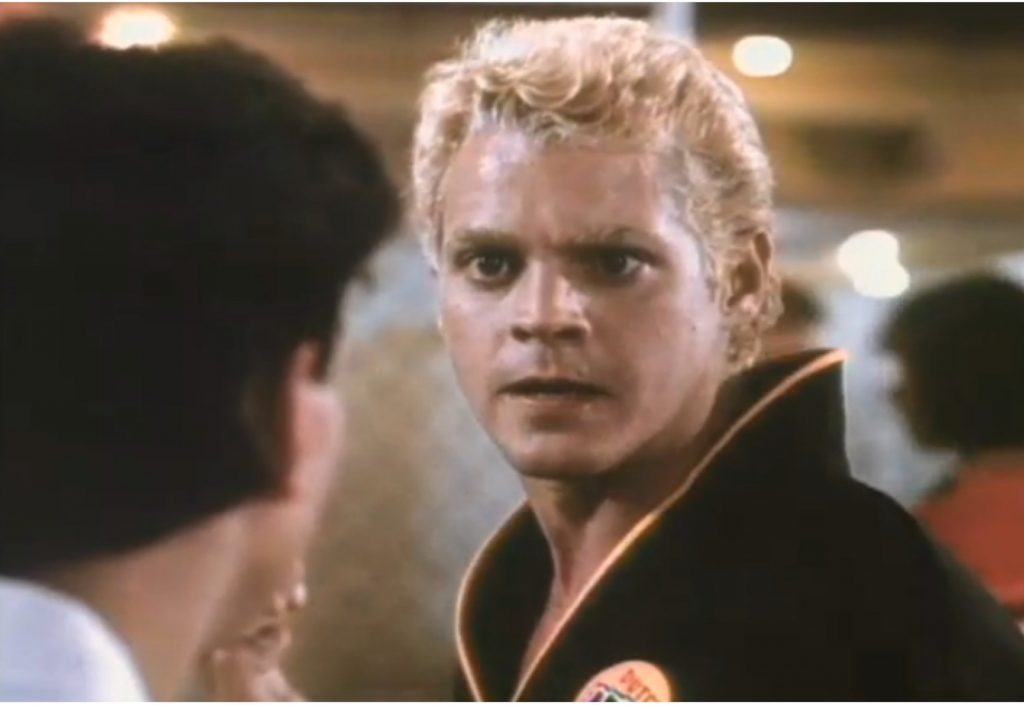 This bad boy was practically Johnny’s right-hand man during the original The Karate Kid movie. Perhaps more than any other member of the group Dutch embodied the old Cobra Kai philosophy of Strike First, Strike Hard, and No Mercy. Unlike some of the other entries on this list, there is actually a decent chance of Dutch showing up on Cobra Kai. In fact, he very nearly did during the second season reunion episode, Take A Right. Chad McQueen, the actor who played Dutch, confirmed that he was in talks with the producers to appear in the reunion episode but they couldn’t get everything lined up in time for filming. Dutch was mentioned in the episode, however. It seems he is serving a prison sentence at Lompoc. Who is to say he won’t be released and would show up to cause trouble for Daniel Larusso once again? 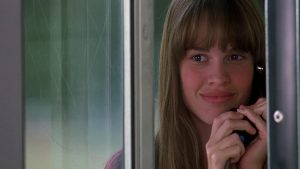 Daniel Larusso was not the only student of the late Mr. Miyagi. While Larusso was presumably in college or perhaps beginning his career as a car salesman Miyagi travels to Boston and mentors a young woman who is the daughter of his old commanding officer. At the time young Julie (played by Hilary Swank) was emotionally volatile due to the deaths of her parents in a car accident. Mr. Miyagi trains Julie out of a sense of obligation to his C.O. While I find it highly unlikely that Hilary Swank would reprise her role for Cobra Kai, it would be great to see another student of Miyagi’s offer some perspective to Daniel. 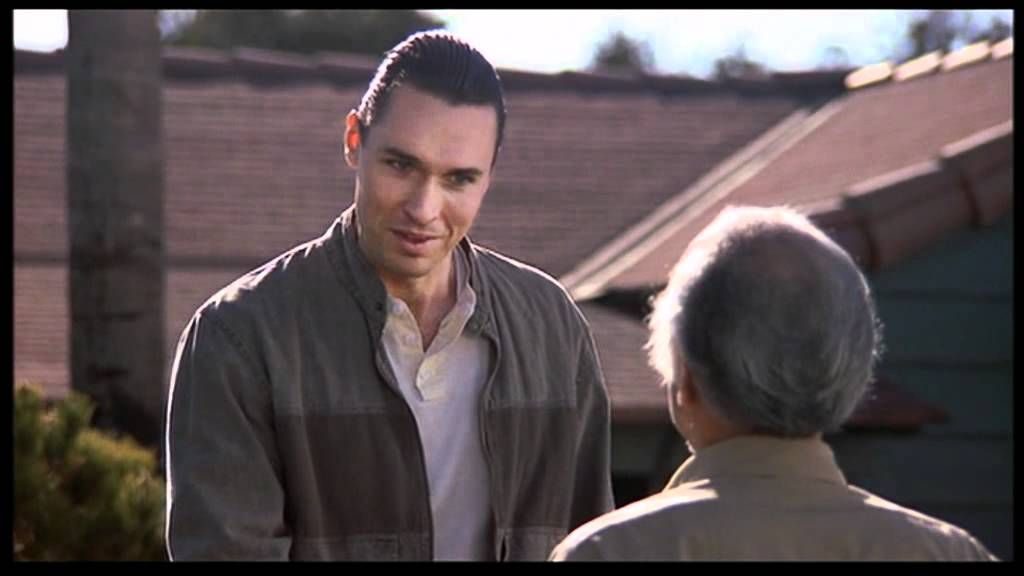 Terry Silver was a diabolical mastermind who shared Sensei Krees’ philosophy of “Strike Furst, Strike Hard, No Mercy”. In fact, Silver financed the original Cobra Kai dojo for Krees. We first see Terry in The Karate Kid III where he comes up with a plan to not only take back the All Valley Championship title from Daniel but also torment him at the same time. I won’t give any spoilers here but after a key power shift at the end of Cobra Kai’s second season, the time is perfect for Terry to step back into the spotlight. 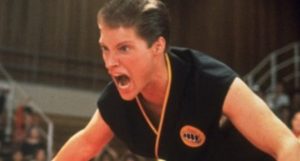 Mike Barnes is arguably the weakest character on this list. He was known as the bad boy of karate and was all in on Silver’s plot to hurt and humiliate Daniel Larusso in The Karate Kid III. That is pretty much all we know about him but that means the character is an open book who could be further developed into an interesting personality on Cobra Kai. Sean Kanan is still acting and his IMDB profile suggests he mostly takes on roles for TV. Here’s hoping that Mike once again dons a Cobra Kai Karategi. 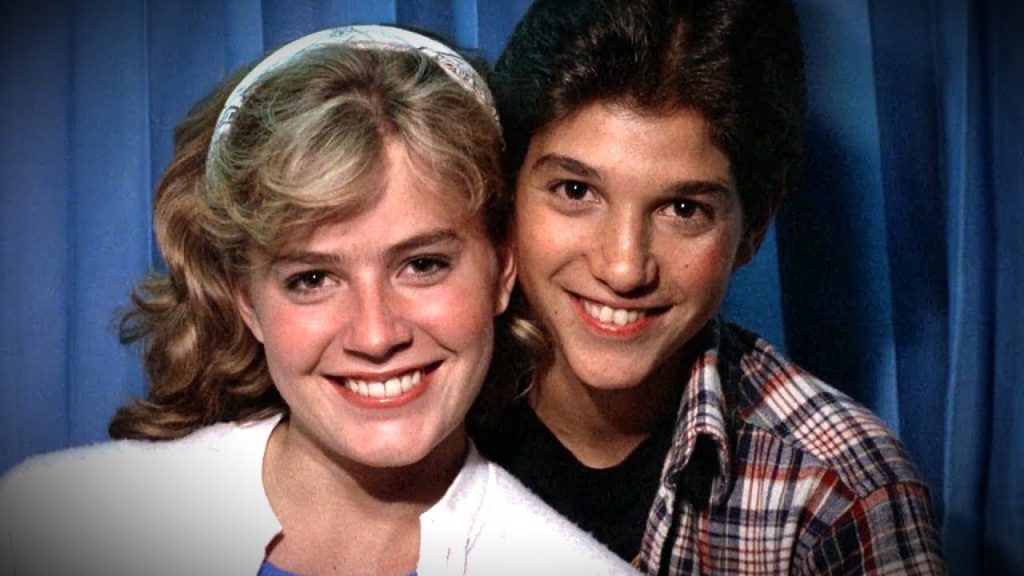 Okay, this one is pretty obvious. Ali has been mentioned several times in Cobra Kai and the final scene of the second season finale indicates that the character is going to be involved with the plot of the show in some way. The good news is that Elizabeth Shue has said that she is considering an appearance on the show. Ali is connected to both Daniel and Johnny. This would serve as the perfect foil to rekindle the conflict between those two. Bonus tidbit: Ali may be related to Tory in some way as the violent teen’s last name is Schwarber – the same name as Ali’s current husband in Colorado.

What do you think of this list of notable Karate Kid characters who have not yet appeared in Cobra Kai? Is there another character you would like to see on the show? Feel free to share your thoughts with us.