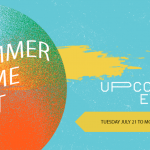 Xbox officially announced their summer announcement plans. Today, Senior Product Marketing Manager for ID@Xbox, Glenn Gregory Sr., detailed the Summer Games Fest Demo Event in a blog post as part of Geoff Keighley’s Summer Games Fest. This event will start Tuesday, July 21st, and run through Monday, July 27th. In the post, Gregory wrote, “If you’ve been lucky enough to attend E3, PAX, GamesCom or another show in the past you know that above-and-beyond the spectacle of these shows, one of the great joys of attending a marquee gaming event is being able to get your hands on games – lots of games. Getting to try them out early and discover lots of news games is awesome.

While we can’t recreate the experience of attending a big show entirely, we can help you get your hands on lots of cool new games early.”

According to Gregory’s post, there will be more 60 new game-demos for free during the Summer Games Fest Demo. There is no official count yet, but it will be between 75 and 100 demos. These demos will not be your typical, pre-release demos, however. Instead, these demos are for games earlier in development, some of which won’t be available for a long while. Gregory said these demos are closer to convention show-floor demos, instead.

Confirmed demos for the Summer Games Fest Demo include Cris Tales, Destroy all Humans!, Haven, Hellpoint, Skatebird, The Vale: Shadow of the Crown, Raji: An Ancient Epic, and Welcome to Elk. Some games, like Haven and Skatebird, appeared in previous events such as last month’s Guerilla Collective and last year’s Kinda Funny Games Showcase. Others, like Destroy All Humans!, are remasters of fan favorites from previous console generations.

All demos will be available on the Xbox Dashboard for that week only. Some may come back later on, but for now, the Summer Games Fest Demo will be the only time.