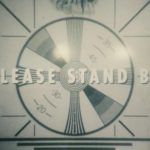 You are reading
Fallout Series Coming To Amazon

Fallout is on a roll! Two days ago, Fallout 76 introduced seasons to their game. The patch also introduced a reworked group system to make it easier for players to find individuals participating in similar activities. Yesterday, we then learned that Fallout 76 would be coming to Game Pass. Today, the official Twitter handle revealed some sort of project taking place with Amazon Video.

From Bethesda’s website, the show series is to be helmed by Westworld creators, Johnathan Nolan and Lisa Joy. It will be produced by their self-owned Kilter Films company. There are caveats in the contract that includes a series commitment penalty. If not fulfilled, the series would go to Amazon if executives approve of the script.

This story is still developing.