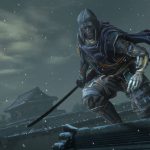 You are reading
Sekiro: Shadows Die Twice Gets New Free Update In October

Sekiro: Shadows Die Twice was a massive success for the developers From Software. While From Software is no stranger to success, with games like Bloodborne, and their long-running Dark Souls franchise. Sekiro however, just launched in such a perfect moment in time. The game was a runaway winner for the game of the year at the 2019 Game Awards. This was a first for the studio now over a year later, the game is getting a brand new update.

In a blog post from the game’s publisher Activision, we learned that the game has officially sold over 5 million copies. On top of this information, we also learned that the game will be getting a new free update this Fall. On October 29th, players who own Sekiro: Shadows Die Twice will be able to download a brand new update that will bring a host of new content to the game at no cost. Players will be able to first change the look of “The Wolf” with three brand new outfits. One of these outfits is unlocked simply for beating the game, while the other two are unlocked via “gauntlets”.

Throughout Sekiro you fought some of the toughest bosses ever crafted by From Software. Now with the Reflections of Strength, you will be able to play any of your previously defeated bosses at your leisure. In addition to this players will have access to Gauntlets of Strength which is a single life boss rush style mode. Only made for the most adept Ninja’s. The game will also be getting remnants aka “Recordings For Recovery” which allows players to leave messages and clips for other players in the world. This is a staple from previous Souls-like games however, it comes with a twist this time. If a community member views and rates a remnant, the player who recorded it will recover a bit of health without having to use sculptors’ idols or healing gourds.

Will you be jumping back into the world of Sekiro: Shadows Die Twice when the update releases? Let us know in the comments and don’t forget to check back for the latest gaming news and information.