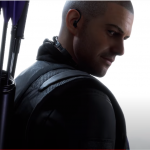 Marvel’s Avengers is the upcoming game from Crystal Dynamics, which looks to bring the Avengers to life in the realm of video games. After learning about the games next-generation plans, as well as seeing Thor in action at the last War Table stream. As we get closer to the games September 4th launch, on PlayStation 4, Xbox One, and PC. It is important that Crystal Dynamics begins to show what kind of post-launch we would expect to see in the game. Up till this point, the game has strictly been showcased as a live service game. Today, we got our first look at Hawkeye in a new tease.

Today, the official Marvel’s Avengers Youtube channel uploaded a very short tease showing off Hawkeye in action. Hawkeye marks the first post-launch character we have seen so far.  In order for Marvel’s Avengers to find consistent success, they will have to have a solid content rollout. The game as it stands is launching with 6 characters which are Iron man, Thor, Kamala Khan, Black Widow, Incredible Hulk, and Captain America. With Marvel’s deep depth of characters, there is no shortage of opportunities for amazing post-launch heroes and villains. Only time will tell in how good the post-launch support for this game will be. But for now, check out the official Hawkeye teaser below.

Will you checking out Marvel’s Avengers when it launches? Let us know in the comments and don’t forget to check back for the latest gaming news and information.