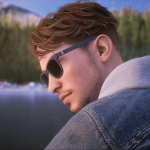 You are reading
Tell Me Why – An Emotional Journey

Tell Me Why is the new story-focused adventure from developer Dontnod Entertainment. These are the creative minds behind the critically acclaimed Life Is Strange series. In their newest game, we play Alyson and Tyler a pair of twins from Alaska. After many years apart, they are coming together to sell their deceased mother’s house. As memories and terrors spin around them, a story is woven that brings the past and present into one cohesive vision.

Tell Me Why is spread across three unique chapters. While this review is a spoiler-free overview of all of these chapters. It is important to note, that these chapters will be launching exactly one week apart from each other. Unlike previous DontNod games which had players waiting a few months between chapters. The first episode will launch on August 27th, with chapter releasing on September 3rd. Then the final chapter will release on September 10th. All three episodes are available via Xbox Game Pass. 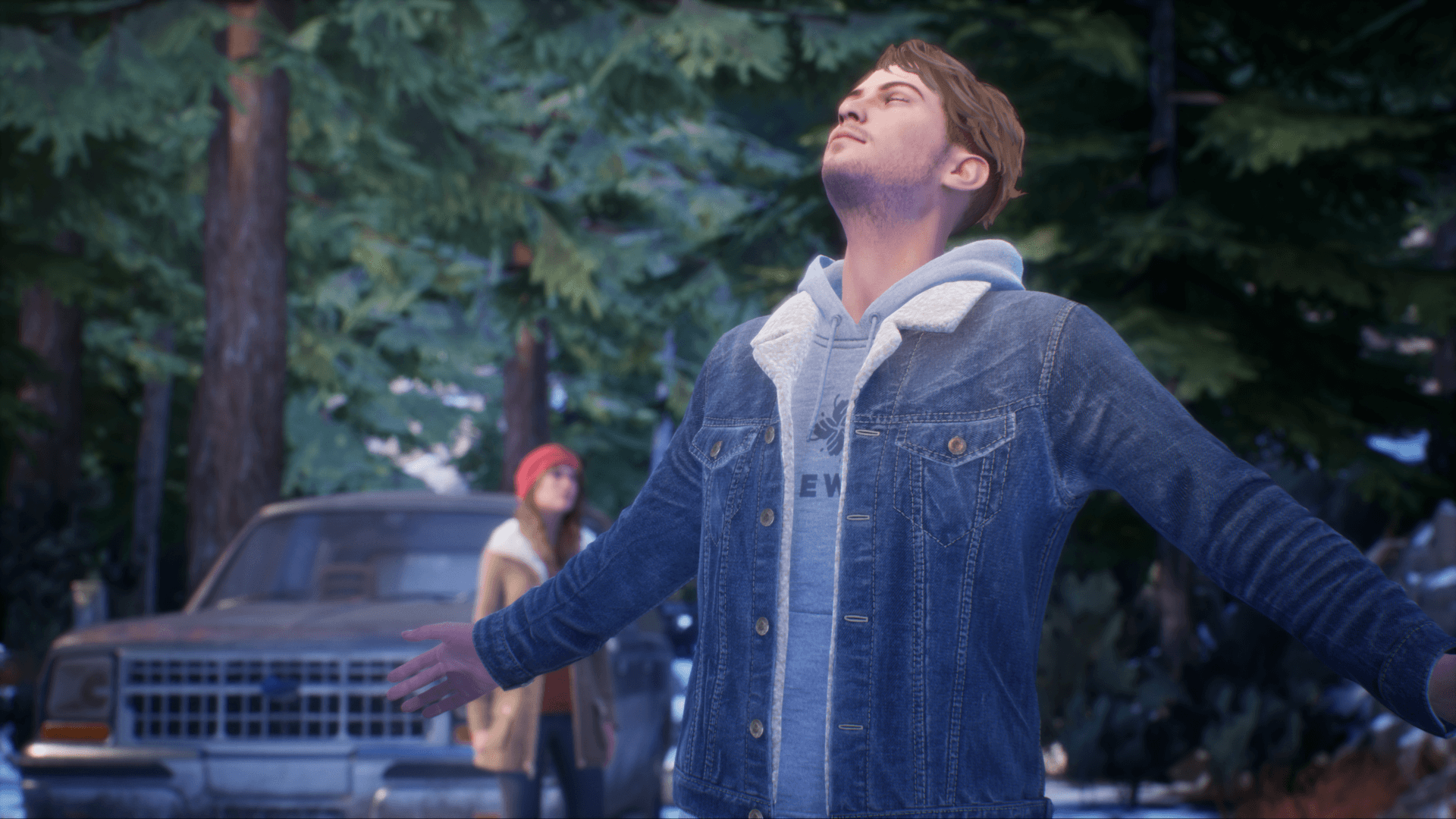 One of the most instantly noticeable things in Tell Me Why is the setting. The game takes place in rural Alaska, which is a location not frequented by many games. With the story revolving around a small Native American community in a place called Delos Creek. The game quickly sets itself apart from other decision focused games like Detroit: Become Human. The rural and incredibly small-town environment, where everyone knows each other very well instantly comes across. The familiarity of the characters with each other is palpable. I spent much of my time dissecting every location and taking in all the collectibles, and lore the game had to offer.

This adds a certain weight to how you interact with different characters. If you were mean or diminutive to one person, it felt like it truly had a ripple effect. This is a smart and natural extension to the butterfly effects of Life is Strange. Given the small community in Delos Creek, I felt like I weighed my decisions in the game even more carefully.

While Tell Me Why does not variate or innovate much from its predecessors. The use of underlying science-fiction “powers” remains an interesting signature of Dontnod. Alyson and Tyler share a very close bond in which many twins can attest is a very real thing. However, this bond takes on an almost magical type of power as they can collectively share past memories together. These memories often offer insight into specific formative events from their childhood. I found it to be a very emotional tool for storytelling at times. Physically seeing and hearing past events that caused Alyson and Tyler pain is much more impactful than a dramatic character monologue.

The most important aspect of this type of branching story game is the decision making. Do my decisions actually impact these characters in a meaningful way? The answer to this question is a definitive yes. Throughout the game you alternate between playing Tyler and Alyson. Typically in games of this style, you play one character. This makes it easy to make all of your decisions to best benefit that character and those around them. I quickly found myself trying to balance my decisions due to each one having an emotional effect on the other twin. Alternating between the two, better allowed you to understand their motives and feelings.

The Ying And Yang Of Twins 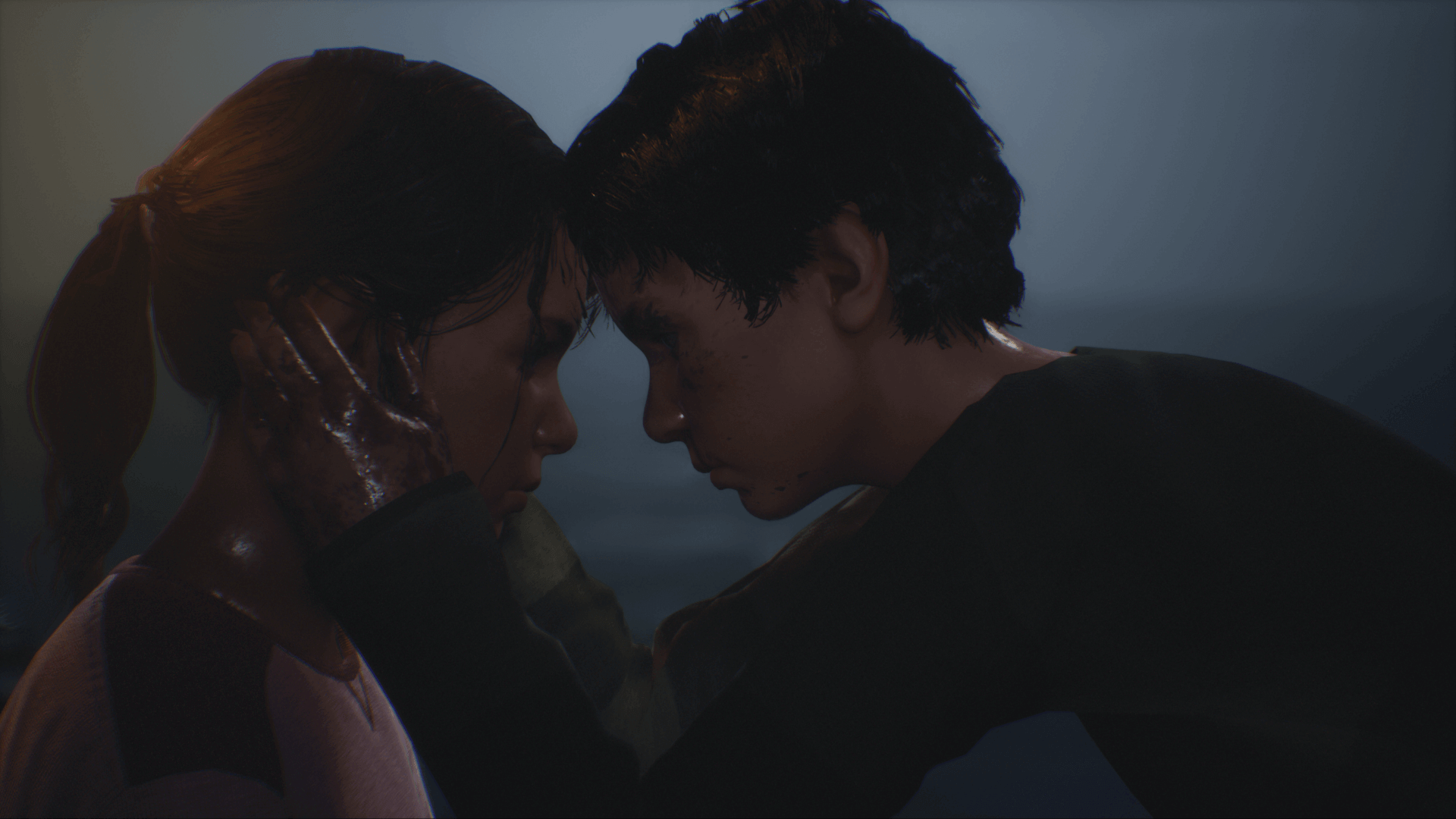 When you have two player controlled characters, it provides the player with unique storytelling branches. The story is centered around Alyson and Tyler coming back together after years apart. Their mother passed away, and they were separated by circumstances beyond their control. They were only small children when they were separated from each other; however as twins that bond truly is never severed. While they share similarities as twins, they are two very distinct and different people. Tyler is much quicker to anger and is ruled by his emotions (depending on your decisions of course.). While Alyson is much more methodical and often seems to shy away from confrontation and making people feel uncomfortable.

This ying and yang characterization really makes the decisions you make in the game more intense. I found myself playing those characters as how they were presented. Often when I play these types of games, I try to make what “I feel” is the best decision. Throughout Tell Me Why I found myself asking. “What would Tyler or Alyson do?” Often when we are playing games, we are often selfish, and always try to best represent our own ideas through the game’s options. While others may have felt this way with games before, this is my first time experiencing this feeling. And I liked it.

Diversity in video games is always a hot button issue for those on social media platforms. Personally, I have always been a massive advocate for diversity of characters due to being able to experience something completely different from my own experience. This is one of the interesting things about controlling Tyler through the chapters of Tell Me Why. Tyler is a transgender man, and his inclusion in the game is incredibly interesting. This was not diversity for diversity’s sake; this was a very well thought out and eye-opening experience. As a person who grew up in a small town in a rural area, my experience with the LGBTQ+ was very limited. I spent a lot of time learning in online spaces about the struggles they faced as individuals.

Playing as Tyler and understanding some of the straight-up abhorrent things people will say to you is shocking. While there are never any blatantly transphobic moments, there are a couple of very uncomfortable moments. Remembering that this is rural Alaska, the game does a perfect job of capturing the small-town hospitality. With the included fear of anything different than what they are used to. While many knew Tyler before he transitioned, you could tell many of the townsfolk just couldn’t process it. Then when the handful of people just accepted Tyler for who he was, it really drove home the point that just having acceptance can feel incredible. Because at the end of the day, no matter who you are being accepted is one of those human experiences that are the key to happiness.

I applaud Dontnod for how they handled difficult topics within the game. There were several times, that if the writing hadn’t been just right. The scene could have fallen apart. One of the things that drove me away from Life is Strange is that it felt very forced in some moments. Iit felt like they were trying to oversell the teenage angst of it all. The brilliance of both Alyson and Tyler being young adults allowed them to branch out how they handle situations. Sometimes after very tense moments, the twins would have to sit down and talk, argue, and even yell about how they felt. While other times they would just simply escape and do something they love or think about their good times as kids growing up together.

Dontnod has really come a long way in their storytelling. This is one of their most intriguing and personal stories to date. The constantly evolving narrative of Tyler and Alyson, with the struggles they faced with their mother, is incredible. It really showed how there are always two sides to a story and most importantly a relationship. While the relationship portrayed between the twins and their mother was plagued with issues and fear, there were also touching moments held within those memories. This resonated with me a lot, due to my own personal struggles with relationships. I was not expecting this game to affect me the way it did. I found myself after every chapter contemplating how I interacted with my friends, family, and those that surround me.

While I truly enjoyed the story of Tell Me Why front to back, I do have one minor grievance.  Despite the game being a truly unique experience, the core gameplay loop itself is starting to feel very samey. There has been little gameplay evolution from from previous titles. The 3D point and click adventure style has certainly served the studio well, but they are in danger of falling into the same trap that Telltale Games fell into later on in that studio’s life. The stories and worlds were incredible but enduring the same game play loop began to feel tiresome. Fortunately, Dontnod has done an excellent job in spacing out their games, but it’s not something they should be complacent with.

I am not going to pretend to be a developer and say one specific thing would be enough to fix their gameplay loop. However, I don’t think I can ignore that the formula is on the brink of feeling played out. I hope they take some time after Tell Me Why to work on making the gameplay match the immersion of the story. Many games struggle to have an engaging story but have incredible gameplay. Tell Me Why is the opposite, the gameplay is just a vehicle to drive you through the amazing story.

Tell Me Why is an incredible experience front to back. While I am typically not a fan of these types of games. This game resonated with me, and I enjoyed my time exploring Delos Crossing with Tyler and Alyson. If you are looking for a shorter experience filled with a compelling and unique story, then Tell Me Why is an absolute must-play.

Code provided by Dontnod for review purposes. You can find this review and many more at Opencritic.