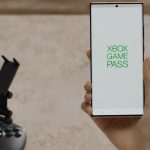 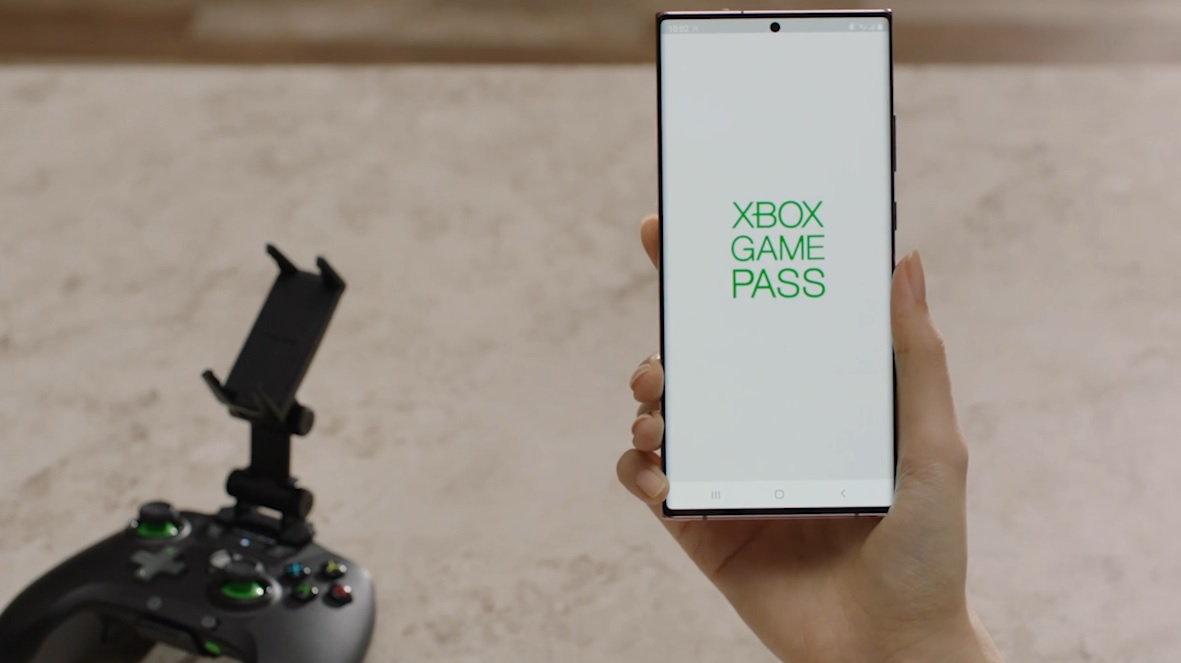 The Note 20 Ultra Brings XCloud To The Little Big Screen

Welcome to the first days of the Samsung and Microsoft relationship. What once was complicated now has the two sharing social media posts together. Samsung and Microsoft are in full-bloom love. Samsung has a new line of flagship high-end phones and Microsoft has its new cloud streaming platform launching on September 15th. The two have paired on a marketing campaign that adds value to both. The promise of the ultimate Xbox portable experience and a value add to Samsungs new top of the line phone.

When the partnership was announced during the Galaxy S11 Unpacked event, Phil Spencer the head of Xbox and EVP at Microsoft, detailed how Note 20 owners will get the option to toss in a free 3-month subscription to Xbox Game Pass. As well as a 3rd party Xbox controller and cell phone attachment. In conjunction with the Samsung events, Xbox announced that xCloud would be coming out of beta and that over 100 Game Pass games would be added. As the xCloud service would now be included with Xbox Game Pass. 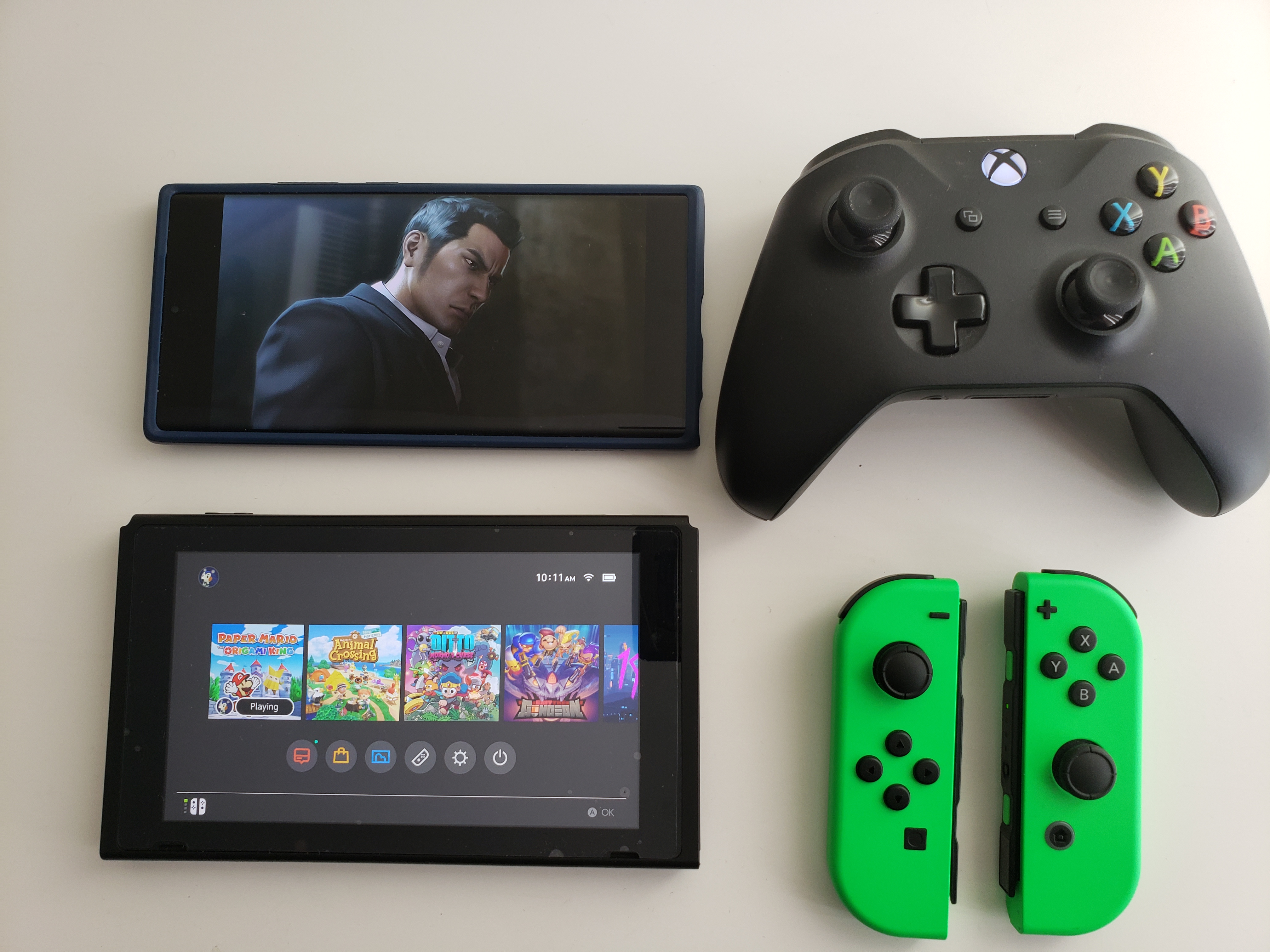 However, there is always a catch. The xCloud package add on is only free as part of a completely different promotion. When you purchase any Note 20 within an (undefined) initial release window, you get $200 towards any item in the Samsung store. Three months of Game Pass costs $30. The controller is a 3rd party knock off Xbox One controller, the cell phone controller attachment costs $12 on Amazon. We are talking about $72 worth of accessories you now have to carry around all of the time. Compared to Smartwatches, headphones, and cases you could buy with the $200. 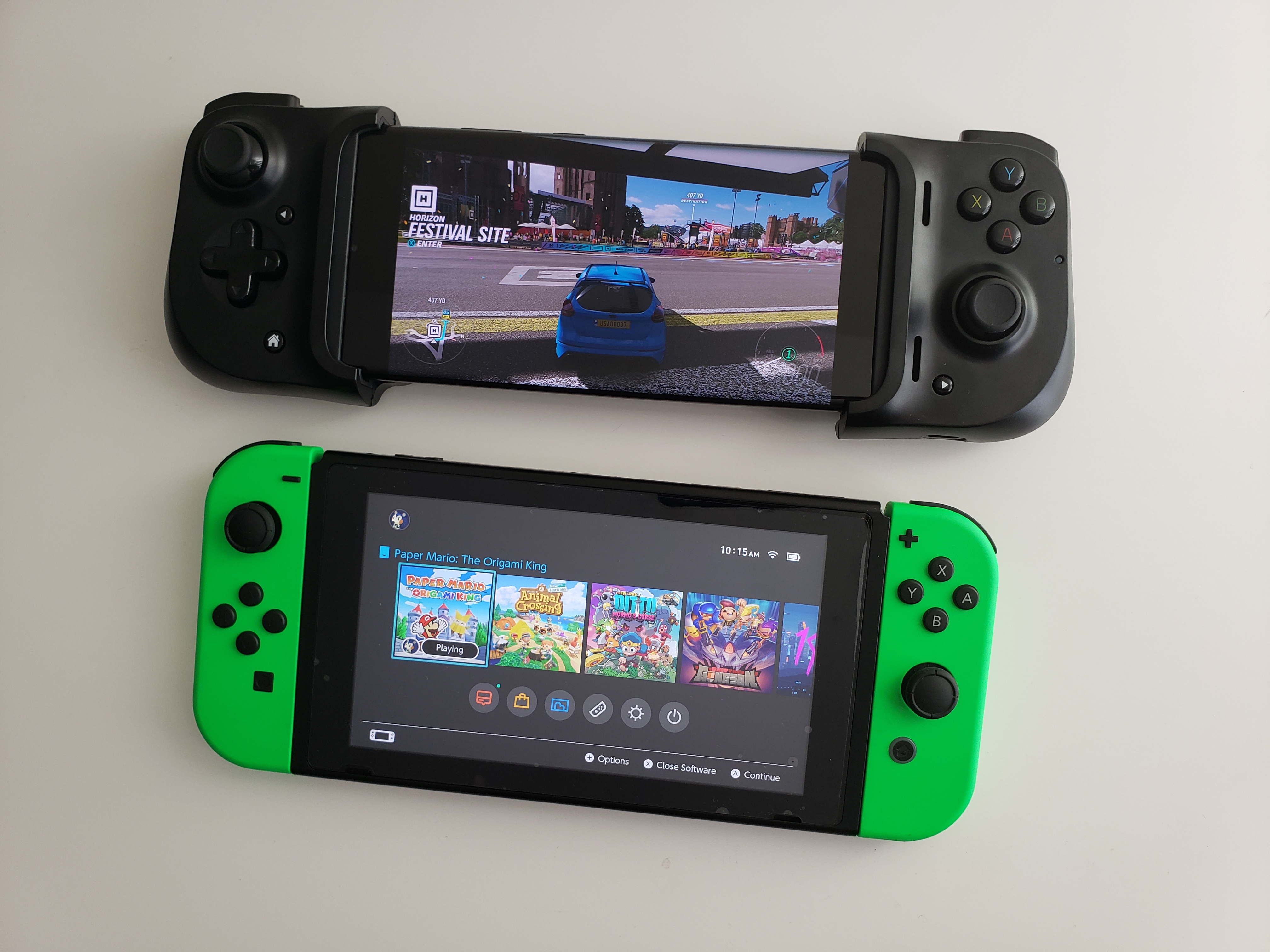 The Note 20 Ultra features an Octa-Core 3.0Ghz CPU, 12GB of RAM, AKG surround sound speakers and, up to 512GB of internal storage. In addition to that, there are three rear cameras that can record up to 8K with HDR, a front 10MP selfie camera, and a 4500mAh battery. For network interfaces, the Note 20 packs a 1.2Gbps 802.11ax for Wi-Fi. As well as cutting edge 5G LTE 2.0Gbps cellular card. All of this while being waterproof.

Unfortunately for the Note 20 Ultra all of these high-end bells and whistles do very little for the xCloud experience. With the exception of the screen, and the speakers I noticed a similar streaming experience with my Note 9. Of course, that’s because on a streaming platform all of the computation happens on the server-side. The games get rendered in the cloud and the service is just a window into that server. You really need to weigh the cost-benefit of these luxuries on a personal level.

However, I do believe that some of the things the Note 20 Ultra offers within its amenities can complement the overall experience. The display, the speakers, and the network interfaces give the Note 20 Ultra an edge over other devices. If you are looking for an upscale experience this is the device you want. I noticed a 20% to 30% overall increase in available bandwidth when running speed tests over LTE compared to the Note 9. This was consistent on over a dozen tests spread across different locations. These increases were not noticeable when streaming. Although, I can’t imagine how it doesn’t help.

The Note 20 Ultra packs a serious display. A 6.9 inch AMOLED QHD HDR Pro screen with a 120hz refresh rate that makes the device best in class. A near bezel-less display that even sacrifices the black border around the front-facing camera. That’s right, the camera is on the screen. This is my one and only gripe with the hardware. The black dot on the top center edge of the screen can become distracting. If you can get past that, this is the best cell phone screen to game on. The borders on the xCloud app do a great job to cover it up.

In addition to the bright beautiful large HDR display, the Note 20 Ultra has full surround sound with Dolby Atmos (Atmos subscription not required). Unlike the internal hardware, these are two impactful additions for xCloud. The audio and the display dramatically improve the xCloud experience compared to other Android devices. Even without headphones, you experience an audio mix where you hear sounds dynamically in different parts of your ears. I am personally a “turn it up to 11” type of person. However, I found myself keeping my volume at 60% to 75% due to how loud the phone could get. 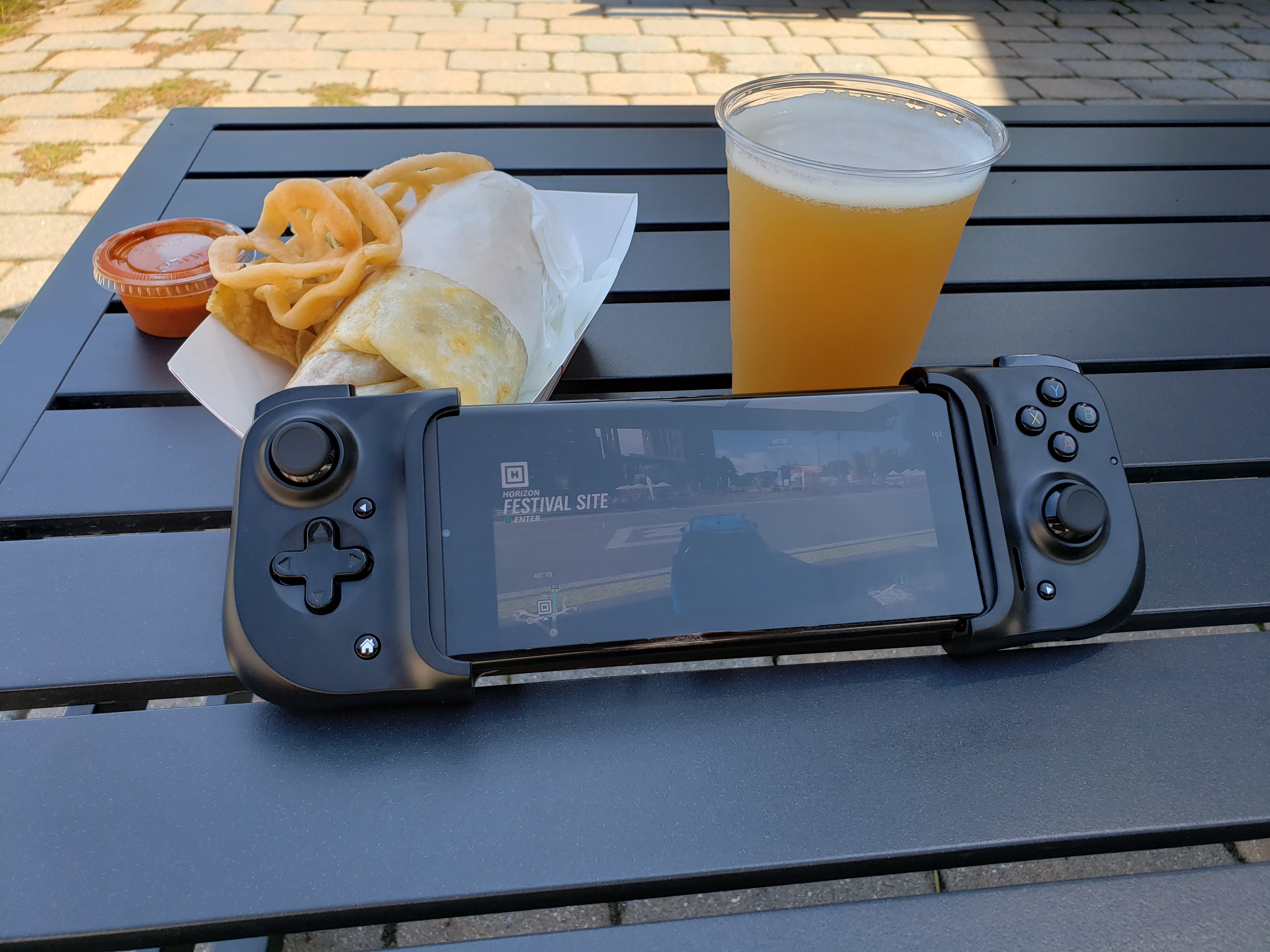 The Razer Kishi USB-C controller and a burrito for scale

I have come to appreciate the flexibility of xCloud. There are a number of modular solutions on how to game in a way that best fits your lifestyle. Maybe an Xbox controller with a cell phone attachment doesn’t have a place in your purse. Or you don’t carry anything that won’t fit in your pockets. If you do have the room, you can go Bluetooth with a controller and stand. Or you can try the Razer Kishi, an attachment that turns your cell phone into a Switch-like portable gaming device. Be careful, the Kishi is a tight fit and will not work with a case on. However, it does contrast into a pocket-sized peripheral.

Of course, nothing is perfect, especially ultra-powerful pocket-sized technology. The Note 20 Ultra did get very hot while streaming over xCloud. Especially in the summer heat while outside. I can’t imagine that it’s good for the hardware over long periods of time. In addition to the heat, I did encounter issues that make me question long term feasibility. Things like Input lag and data limitations. There is no way that this is a reasonable solution for you if you do not have unlimited data, access to Wi-Fi, or your gaming habits revolve around competitive multiplayer games.

When you push a button on a controller with xCloud that signal has to travel hundreds of miles further than it does in your living room. This is a noticeable difference between 1-5 milliseconds. When streaming multiplayer games, you will be playing at a disadvantage against those that are not. xCloud is not taking you to Evo. However, it’s manageable in single-player games if this is something you can get past. I did notice that I could drastically worsen the input lag by making hard, quick sudden movements with the joysticks. I wonder if Microsoft has adapted some predictive input technology based on how firmly you are moving the joysticks. It may be trying to guess one to three milliseconds of pressure adjustments that happen as you shift your thumbs around the sticks.

The Price Of Admission 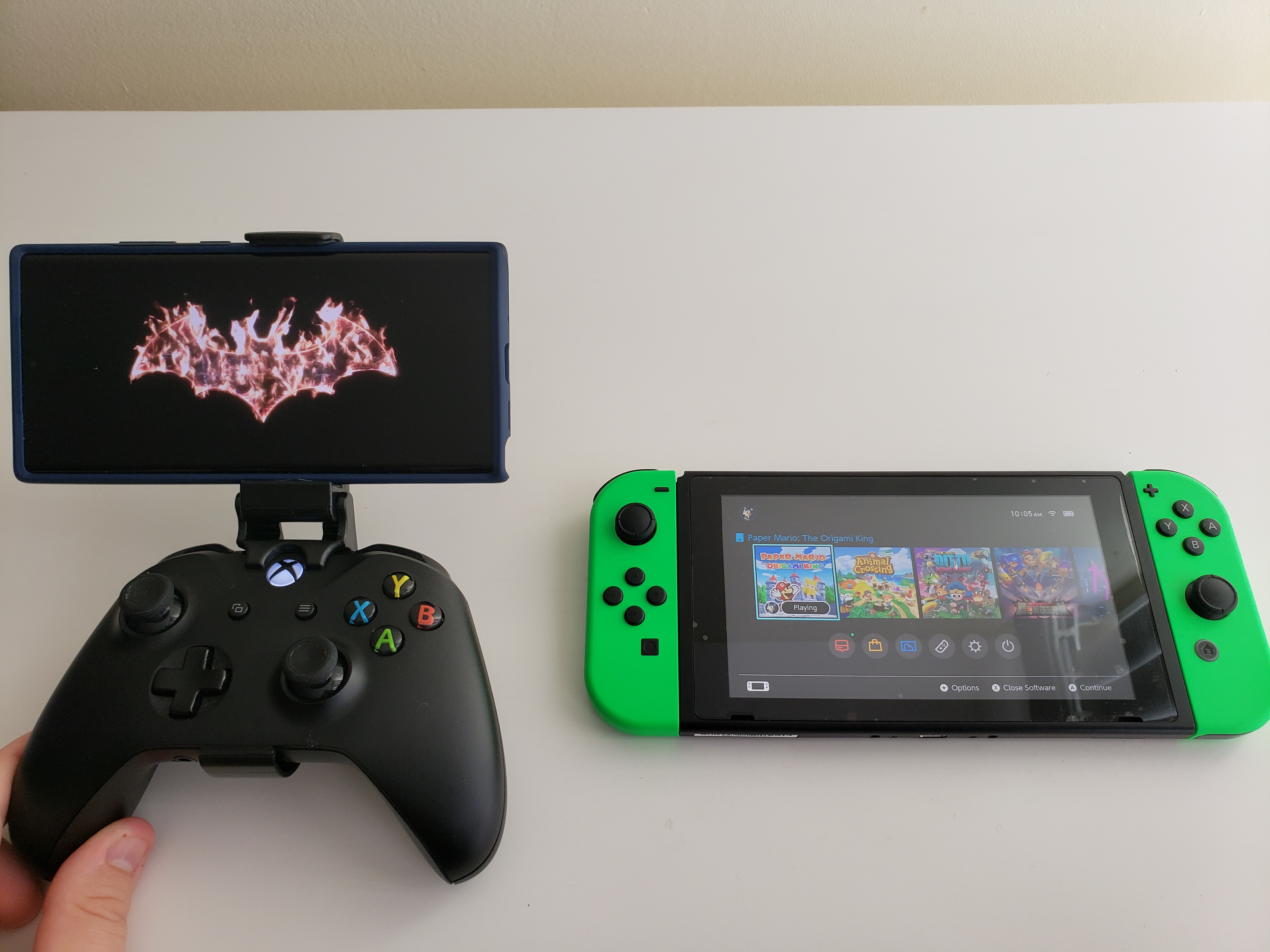 Cell phone carriers can not wait for you to start gaming on xCloud. Providers are about to cash in on data caps and overage charges. xCloud is a bandwidth hog. On average I was using about 3GB per hour. Be mindful unless you have unlimited data without a cap. Thankfully data usage is displayed as part of the UI and there are warnings when you leave Wi-Fi or enable cellular data. Microsoft has done a fantastic job mitigating this issue.

Microsoft has done a fantastic job with the xCloud UI

If you can make it past the limitations or are just looking to play under Wi-Fi, xCloud is a solid experience. There is no other way to play AAA games like Yakuza 0, Madden, and every Halo game ever made from your pocket. I got some looks when I was playing Madden on an outdoor patio at a sports bar, with a bold bright display. These people are probably thinking, “Wow the mobile version of Madden is the real deal.” Yes, the Switch has AAA games but, nothing like Madden, Halo, and Forza. Additionally, converting your cell phone into your gaming device is an entirely different level of portability.