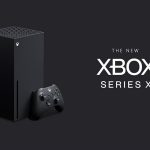 Microsoft has revealed quite a lot of information regarding their new upcoming console lately. We know the Xbox Series X will ship with a powerful Zen 2 based CPU clocked at 3.6-3.8 GHz (with SMT on or off), 12 TFlops RDNA 2 based GPU, 16GB of GDDR6 memory, and a very fast NVMe SSD. Microsoft also confirmed their new Xbox would also utilize new technologies like variable-rate shading, Ray tracing, mesh shading, and machine learning. However, there are still some unknowns about the system. Specifically how the SoC has been built, and what customizations have been made to the chip.

Hopefully, this will change soon as we learn more about the system during a Hot Chips conference that takes place between August 16th and August 18th.  A number of tech companies such as Google, NVIDIA, AMD, IBM & Microsoft will discuss details of their upcoming products. The Xbox Series X presentation will be delivered by Jeff Andrews and Mark Grossman from Microsoft on August 17, 2020, between 5:30 – 7:00 PM Pacific Time.

Back in 2013, Microsoft provided a deep dive into the Xbox One architecture during the same conference. I would expect some new information to be revealed about the Xbox Series X system architecture this month as well. We still don’t know much about Xbox Series X Velocity Architecture, the data decompression block they use, or the BCPack compression method that is utilized. We also need more answers on Machine Learning and what it be used for. Will the new Xbox console offer Machine Learning powered DLSS like game upscaling? We need these questions answered, and I hope to hear some of these answers during the Hot Chips conference this month.