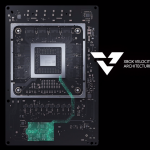 Last month Microsoft released a full specification and features list for the Xbox Series X. We have learned that their lastest console is not only going to be very powerful but also very fast.  The speed of the console is partially due to the CPU and memory bandwidth, but a very swift SSD plays a crucial role. To ensure both the quick Zen 2 based CPU and powerful RDNA 2 based GPU are occupied, they both have to be feed data at a very quick pace. This is where Xbox Series X Velocity Architecture comes in.

Facebook Twitter Google+ LinkedIn Pinterest Tumblr
Previous article Gamescom Officially Goes Digital For 2020
Next article The Joust: Here Is Why E3 Should Come Back Better Than Ever