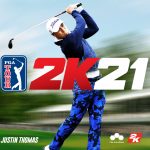 You are reading
PGA Tour 2K21 On The Switch: Port For The Course?

Our review of PGA Tour 2K21 on the PS4 Pro shows that the new franchise is here to stay. 2K Games and HB Studios have found a way to transform their The Golf Club series into something meaningful on PC, Xbox, PS4, and Switch. Now that we have had our hands on both the PS4 and the Switch version, we wanted to take the time to see how it holds up. The Switch port was handled by Quebec studio iLLOGIKA. Their previous work can be found in ports like Cuphead, and Laura Croft Go.

If They Hit This, They Could Win The Green Jacket

Right away, I noticed there is no catch with the release. This isn’t “last year’s” version of the game, this isn’t coming out months later, it’s not stripped of modes. This is PGA Tour 2K21 as you would expect. The install size is 8.2GB on the Switch, oddly enough, the Xbox and PS4 versions are smaller in size by about 1GB. Everything is there when it comes to PGA Tour 2K21 on the Switch.

Obviously, there are graphical limitations. The Switch version looks nowhere near as impressive as the PS4 Pro version. The HDR doesn’t illuminate the fairway, the pixel count and performance doesn’t come close to the other versions. However, you will notice in our comparison shots, the Switch version of PGA Tour 2K21 doesn’t look bad. In fact, visually, the game is very impressive for the Switch. You just have to get past some frame inconsistencies, screen tearing, and lack HD features.

While there are some minor tradeoffs by giving the game portability, PGA Tour 2K21 on the Switch does have some real issues as well. There is a lack of crowd noise that is removed from the Switch version of the game. I would never consider crowd noise to be a feature or a mode that diminishes the game. However, it is a tangible difference. One that any player should be able to get past, considering The PGA currently plays with no fans at events.

Another major issue with PGA Tour 2K21 is that it will sometimes crash while in the menu. I was able to consistently re-create crashes in the menu by starting new rounds right after finishing a round. The issue has been in the game for over a week now, so you have to start to wonder if they are ever going to fix it. The crashes go hand in hand with another problem. The 2K account login pops up every time I launch the game. If you have the game crash on you, it rubs salt in the wound by making you log in again.

Another hardware related issue that may keep you from buying this version, could be Joy-Con drift. You will not be able to putt the way you want to if you have problems with your Joy-Cons. Even with some of the best controllers, it’s still very difficult to putt and drive in a straight line. There is some tradeoff here. 2K has done an incredible job creating a Golfing Sim on Switch but, the level of detail and precision requires controllers that function well.

There are some minor issues that you might forgive and there are some major issues that you might not be able to get past. However, even with all of that, they have created their own roadblocks. A lack of cross-save and cross-progression will prevent Switch owners from getting both versions for that on-the-go portability. It’s unfortunate that 2K has not tied in cross-save or cross-progression with the annoying 2K account in PGA Tour 2K21. I could see how those that really embrace the game would be accepting of the technical shortcomings if it wasn’t their full-time version of the game. Until iLLOGIKA can resolve the issues with the game crashing this will only be an option. An option for those looking for a great Golf-Sim on the go or someone looking for a AAA sports game on their Switch. Until they resolve the bugs in the game this will always be plan B.