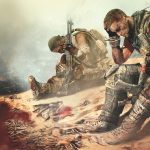 You are reading
Spec Ops: The Line – A Retrospective Review

The seventh generation of consoles (PS3/Xbox 360/Wii) saw some truly spectacular releases throughout its life cycle. Some of these games such as the original Uncharted trilogy, Halo 3, and Super Mario Galaxy went on to define the generation. They truly stand out from the rest of the pack. Unfortunately, some of these great games slip through the cracks and did not receive the attention they deserve. This is why the Lords of Gaming decided to review the 2012’s Spec Ops: The Line and give it the proper attention it deserves.

I have to say when it comes to the story, Spec Ops: The Line reminds me a lot of an onion. Onions, as you may know, are layered. Each layer can be peeled and, naturally, moves you closer to the center. Spec Ops: The Line‘s story doesn’t give a great first impression. In fact, I felt the premise was kind of lame. It made me want to cry, similar to when you cut onions.

A sandstorm absolutely wrecks the desert metropolis that is Dubai. The city becomes enveloped in a sea of sand, while its majestic skyline still pierces the heavens. The US military dispatches the 33rd infantry battalion to help those afflicted by this freak catastrophe. However, weeks pass by without a word from the battalion. This is where Delta squad (so original I know) comes into the picture. The squad is led by Captain Martin Walker. Alongside him, First Lieutenant Alphonso Adams, and Staff Sergeant John Lugo make up the rest of Delta squad. They’re sent to see what happened the 33rd and evacuate any survivors.

Like I said before, Spec Ops: The Line doesn’t come off with a good first impression. In fact, I felt the story was cheesy and could have stopped right then and there. But I didn’t. I soldiered on and I’m glad I did. Because slowly, I saw Spec Ops’ onion layers being pulled one by one and becoming something entirely different from that initial cringy first impression. 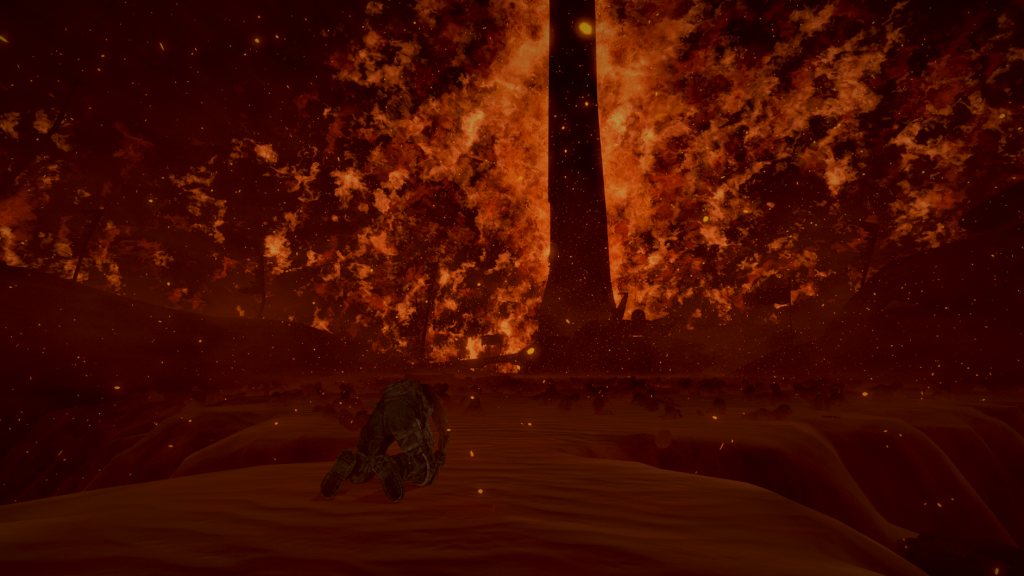 Unexpectedly, the game tackles serious subject matters beyond the typical video games tropes. Post-Traumatic Stress Disorder, use of controversial munitions like white phosphorus, and self-doubt whether you’re the hero or war criminal are some of the themes that Spec Ops: The Line throws at the player throughout the course of the story.

This is where the game transforms from a corny 90’s action movie into Mary Shelly’s Frankenstein. Without spoiling too much of Spec Ops: The Line’s story, as players progress through the game’s 15 chapters (roughly 7-8 hours game length), it’s clear that events weigh heavily on Delta squad. Adams and Lugo begin second-guessing Walker’s orders. They’re shocked by what the 33rd have done in post-apocalyptic Dubai and how they fought them back. Slowly, but surely, it becomes visibly clear that Walker pays a heavy toll and it’s reflected on his appearance.

He begins the game looking like any generic soldier found in countless games. But, as the game progresses and the death and destruction brought by the hands of Delta squad slowly begin to disfigure Walker and co.’s faces. By the end, they appear as life-less husks that had their humanity sucked away.

You can hear and feel the tension of Delta squad as they fight amongst each other in the later parts of the game. Busey and Boxlietner put in a Hollywood-worthy performance portraying the game’s main antagonists. Their performances bring the Radio Man and Konrad to life and give them distinct personalities that often steal the spotlight. 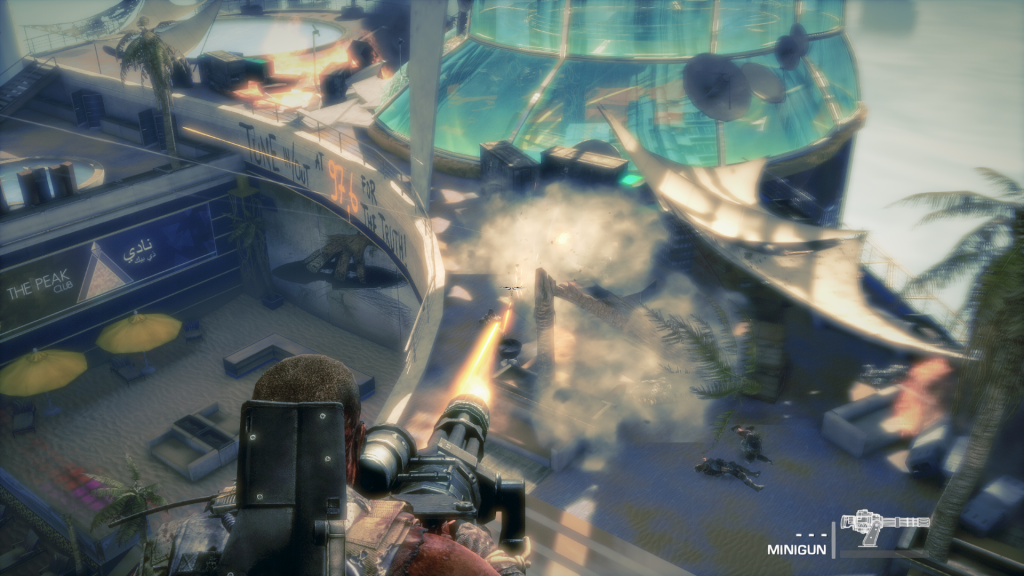 Shooting itself brings enough satisfaction, but won’t blow you away. Some of the guns have alternative fire modes, but they are not all created equal. For instance, you can attach a silencer to the M4A1 assault rifle. However, it really doesn’t make a difference because other enemies have ninja hearing skills that will know their buddy was silently killed. Other attachments include a grenade launcher underneath the SCAR assault rifle.

In the ordnance department, there are three different types you can acquire in the game: frag grenades, sticky grenades, and flashbangs. Very much a staple of the seventh generation 2010s game design. You can even order your fellow Delta squad members around. Albeit, it’s limited to attack, heal, and deploy flashbang. So again, like other aspects of the actual gameplay, it’s quite flat.

I played the PC version of the game and tried switching between both input methods. For some reason, playing on the keyboard and mouse felt like it was a spaced-out controller layout. In other words, this game was clearly designed with consoles and then ported over to PC. This was common back in the seventh console generation. Yet, I felt aiming wasn’t right while playing with the controller on PC, so I stuck with the keyboard and mouse setup. 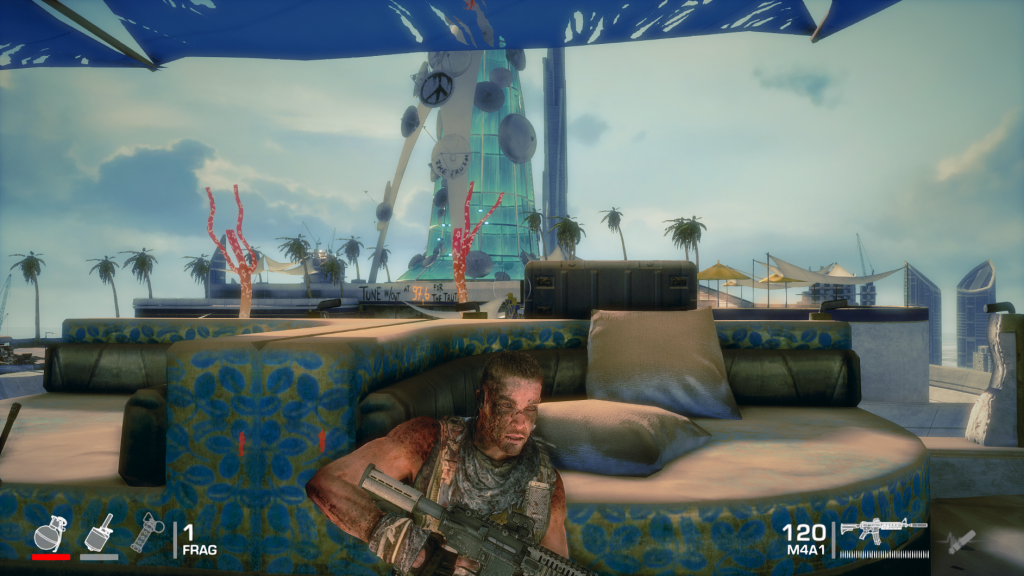 The game is very much a time capsule of its era. Spec Ops: The Line is an over-the-shoulder third-person cover shooter in the veins of Gears of War. Yet, it clearly lacks the polish and budget of Microsoft’s renowned wall-bouncing cover shooter.

Spec Ops’s cover system works well enough, but it isn’t half as robust as other TPS titles that were available at the time. No, you won’t magnetically pull yourself to cover like other games. And traversing in and out of cover is a bit janky, but again, most of the animations in the game are. Vaulting over cover works as it should. But its cornering and switching to adjacent cover that is unintuitive, rough and drags the game down.

A Tale of Two Graphical Standards 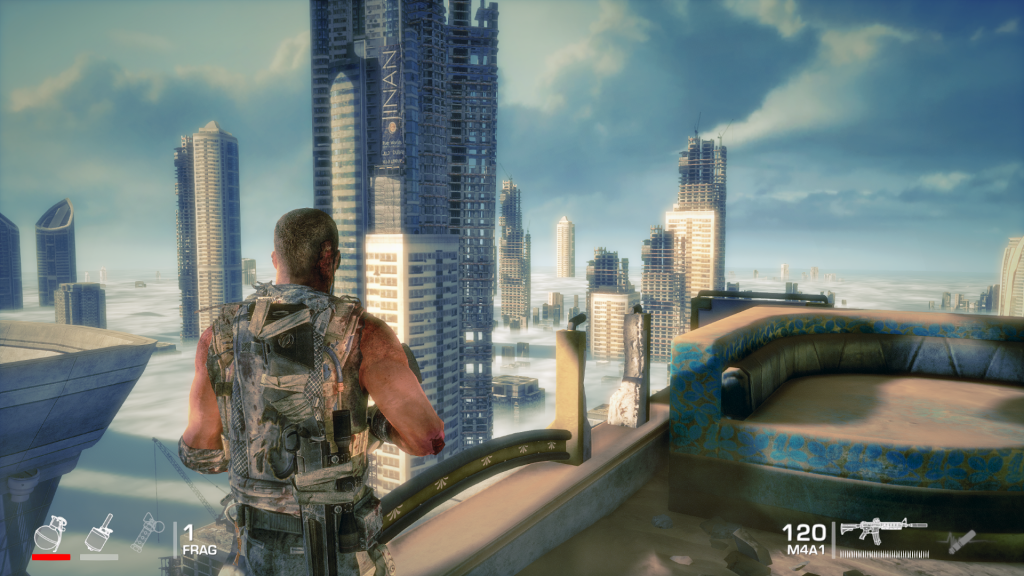 When it comes to the graphics department, Spec Ops: The Line is both bland and beautiful. But never both at the same time. Most of the indoor environments are quite forgettable. Yes, you’ll fight in Dubai malls, aquariums, hotels, and rooftops. But these settings are almost indistinguishable from one another. On the other hand, there are downright stunning vistas found in the game.

The game’s helicopter sequences are truly a sight to be seen. Buzzing across the desolate ruined Dubai sends chills down your spine. There are even moments when you’ll be unloading your minigun at enemy choppers hiding on the other side of skyscrapers. Naturally, your minigun will cut through abandoned offices to hit them. It’s these moments that are quite memorable.

Surprisingly enough, the sand-covered outdoor environments affected me personally. I’m from Bahrain which is an hour away from Dubai by plane, so I’m quite accustomed to sand. I studied near Dubai for a couple of years so I know the city quite well. But seeing dunes swallow memorable highways and marinas captures catastrophe in a novel way. For instance, the game depicts Zayed road highway as desolate dunes. This arterial highway is home to Dubai’s majestic skyline, so seeing it reduced to a desolate desert filled with ruins is extremely unsettling.

Spec Ops: The Line went under the radar when it was first released back in 2012. It couldn’t compete with other TPS and FPS titles at the time. However, I am here to tell you that the game is absolutely worth your time and money for its narrative design alone. I am the type of gamer that feels that story isn’t paramount to a video game experience. And that a good story is an added bonus rather than a necessity. Nevertheless, I must say I was really taken by Spec Ops: The Lines’s narrative. It will definitely be etched into my gaming memory for some time.

However, I felt that the game clearly prioritized its storyline at the expense of its gameplay. The latter felt flat, and its TPS mechanics weren’t very satisfying. I get the impression that there were checklists for certain game design aspects, and the developers were compelled to check them off. Cover system, check. Vaulting over cover, check. Alternative fire modes, check, and so on. But its narrative and Delta squad’s burdensome journey is worth grinding through the unimaginative gameplay.

Spec Ops: The Line is Available on Steam, Xbox One (via backward compatibility), Xbox 360, PlayStation 3.

8
A Gem That Shouldn't Be Missed