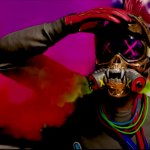 If you are a fan of extreme sports then you are probably in gaming heaven right now. With the release of Tony Hawk Pro Skater 1+ 2 Remaster, many have been reliving the glory days of extreme sports. There are simply not that many games that cover the extreme sports industry, with the exception of Steep from Ubisoft which focused primarily on snow-based sports. It appears that Ubisoft is looking to dip its toes into another extreme sports game with Riders Republic.

Today during Ubisoft Forward, the new IP simply called Riders Republic was revealed. The game is a massively multiplayer playground where you and your friends can test the limits of a variety of sports. From biking, skiing, snowboarding, and of course wingsuits. Which has become a Ubisoft staple across many of their games. The game will take you across iconic National Parks such as Yosemite Valley, Bryce Canyon, and more. The game also includes up to 50 players in massive events that will push a player’s competitiveness to the edge. Riders Republic will be coming to current-generation Xbox and PlayStation consoles, as well as next-generation consoles. It will also be coming to PC, and Google Stadia. It is currently set to officially release on February 25th, 2021.

Will you be checking out Riders Republic? Let us know in the comments and don’t forget to check back for the latest gaming news and information.