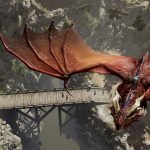 It has been a long time since Baldur’s Gate has been mentioned this much on social media and forums. With the early access release of Baldur’s Gate 3 from Larian Studios last week, the buzz around this game is infectious. It has been over 20 years since the last installment in the legendary D&D franchise, and to say fans are excited is an understatement. A huge part of early access of course is tweaking, improving, and adding content that leads up to full release. Today, we learned what the first patch in Baldur’s Gate 3 will be and what specific problems it will be fixing.

Announced via an official community update on Steam, Baldur’s Gate 3’s first patch has officially gone live on PC via Steam and GOG. If you are playing on Mac or Stadia you will have to wait just a little bit longer as Larian continues to tweak the patch on those platforms. This first update to the game will focus primarily on polish and bug fixes. The key to a successful early access launch is taking in player feedback, which seems to be something Larian is focused on. With a large focus on fixing crashing caused by a variety of gameplay and UI prompts, this will likely be the first of many patches for the game. It will be exciting to see what the game will look like by the time it launches out of early access. You can find the complete patch notes below.

Have you been playing Baldur’s Gate 3? Let us know in the comments and don’t forget to check back for the latest gaming news and information.