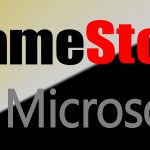 Today, we have learned that the GameStop and Microsoft partnership is more than just infrastructure. While it had not been confirmed at the time, many speculated that this would drive customers for both parties. Given the verbiage it was very difficult to decipher that this would be the case. That being said, sources from GameStop confirmed with Seeking Alpha that the company would also benefit from sales. The details of exactly how the revenue will trickle down to GameStop is still unknown.

In the quote shared in the press release, the GameStop source confirmed it’s position with Seeking Alpha:

GameStop and Microsoft will both benefit from the customer acquisition and lifetime revenue value of each gamer brought into the Xbox ecosystem.

Playing with theories is the only way we can detail possibilities at this time. This may mean that the revenue share isn’t solely dependent on the All-Access program.

Microsoft of course benefits from the additional sales pushed by GameStop, and in return GameStop will receive revenue share from lifetime sales. This means that if a customer joins the Xbox ecosystem through GameStop. Sales generated from digital purchases or renewing a subscription would be included. This seems to be a very beneficial deal for Game Stop who has been dealing with financial woes resulting in store closures across the company.

Work Still Needs To Be Done

While this is not the ultimate cure to Game Stops woes, it certainly helps. It is my belief that the company may still need to shore up the ridiculous amount of stores currently operating. There also is the matter of previous restructuring of the storefronts. GameStop has mentioned about changing layouts and the culture of in game experiences. They called this change GameStop Reboot. Several trial stores have experimented with in-store gaming areas intended to bring players inside, not just customers.

The GameStop Reboot plan is anchored on four pillars: (i) Optimize the Core Business, (ii) Become the Social / Cultural Hub for Gaming, (iii) Build a Frictionless Digital Ecosystem, and (iv) Transform Vendor Partnerships. Since announcing the strategy in September 2019, the Company has advanced all four tenets of the strategy through significant, quantifiable progress, as outlined below.

Based on the pillars that have been laid out, it does seem that GameStop is on track to their commitment. Only time will tell if this will pan out as planned.