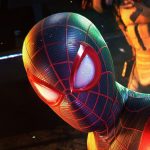 You are reading
Spider-Man: Miles Morales Teams Up With Spider-Cat

Thanks to a Gameinformer exclusive reveal, it looks as if Spider-Man: Miles Morales will add a feline companion that gamers have already dubbed, Spider-Cat.

Gameinformer announced Tuesday the next game that would spotlight their next issue. Marvel’s Spider-Man Miles Morales graced the cover of their October issue with art from Sara Pichelli. With the cover reveal, the site dropped a ton of new information, pertaining to new abilities, story premise, and even new gameplay clips. These clips did well in showcasing just how wide the gap of experience exists between Miles and Peter. But, among the most important pieces of information revealed, was the inclusion of Miles’s new companion, Spider-Cat.

Yes, your eyes do not deceive you. 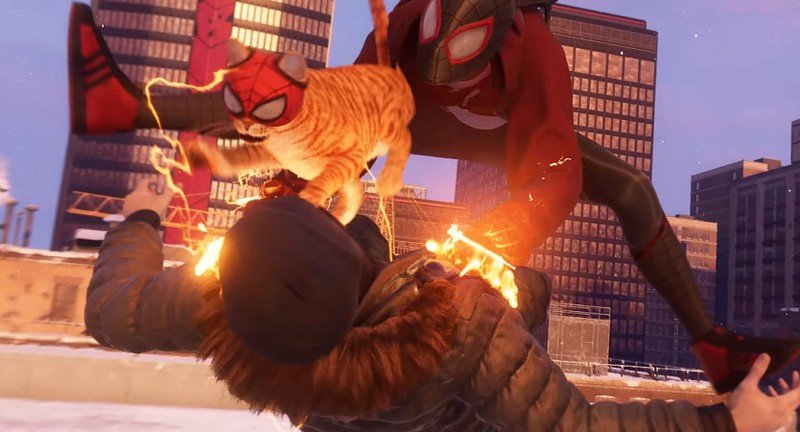 Does Whatever A Spider-Cat Can

At some point in the game, Miles Morales will rescue this lost cat and gain the ability to keep in it a backpack, in one of the games many interchangeable suits. What’s most surprising? The cat doesn’t just serve the purpose of a small appearance change. Spider-Cat will actually help Miles in combat during one of Miles’, stylish finisher moves.

Nowadays, we see more and more games adopting this feature of including interactive animals. Far Cry and Assassin’s Creed comes to mind for instance. Insomniac Games, on the other hand, has a nice little twist on that formula. Having an ejectable cat, shoot out from your backpack and aid in dispatching enemies from time to time, sounds like a blast. The inclusion of Spider-Cat in Miles Morales, basically ensures, at least for me personally, that I’ll never change suits again.

Marvel’s Spider-Man Miles Morales has officially gone gold. The game will release on November 12th for both the Playstation 5 and Playstation 4. Confirmed earlier in the week, the game will feature a 4K 60 FPS performance mode and a 4K 30 FPS fidelity mode. Marvel’s Spider-Man Miles Morales will launch alongside the console and other titles such as Demon’s Souls and The Pathless.