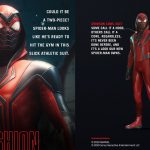 New details and gameplay have emerged, as a part of Game Informer‘s month-long coverage of Spider-Man: Miles Morales.

So Fresh & So Clean, Clean

Marvel’s Spider-Man: Miles Morales releases in just under a month and as such, a ton of new details have come out. The first of these comes in the aesthetic variety. Insomniac has revealed both the T.R.A.C.K Suit and the Crimson Cowl Suit.

The more striking of the two, the Crimson Cowl Suit, owns Spidey’s trademark red, black and blue. The suit even seems to divide itself into two separate pieces, with the upper piece including that stylish hood. Insomniac says that this design “has never been done before and it’s a look our new Spider-Man owns.”

The second, the T.R.A.C.K Suit contains a mixture of red, black, and a predominant white. Insomniac says that the suit is, “an evolution of his classic red and black suit.” These two only represent a fraction of the suits that gamers will have at their disposal. Nonetheless, it is a great glimpse into what we can expect.

Wondering about this new Spider-Man and his suits? Daily Bugle Now has you covered with this latest story. #MilesMoralesPS5 #BeGreater #BeYourself pic.twitter.com/PTdMhGRQqq

In terms of new details on how Miles Morales looks to show an evolution from the original game, we have learned quite a bit. In an interview with Insomniac’s Brian Horton, we’ve learned just how the team has approached this new tale of an up and coming hero. For all intents and purposes, because this is a coming of age story. A tale of a hero who is forced to come into his own. For that reason, Insomniac has reiterated that this game only has 1 playable character. As opposed to the 3 from current Marvel’s Spider-Man.

Extra attention has gone into fleshing out the concrete jungle that players will get to swing around in and explore. Of course, all of Manhattan is in the game but Harlem has received much more attention. Brain Horton states,

East Harlem specifically, that is going to be a blend of Puerto Rican culture. It was a wonderful opportunity. It was really present in the first game, it just didn’t have the level of care and development because we didn’t have as much content.

Hearing just how much care has gone into East Harlem, sounds reassuring. They’ve also gone to great lengths to give the city a blanket of a winter season atmosphere. One that will not necessarily change gameplay, meaning you will not have to worry about slipping on ice and such. But that does not mean the season does not have any added detail when traversing. For example, you will definitely notice each footstep that Miles leaves behind on the streets. 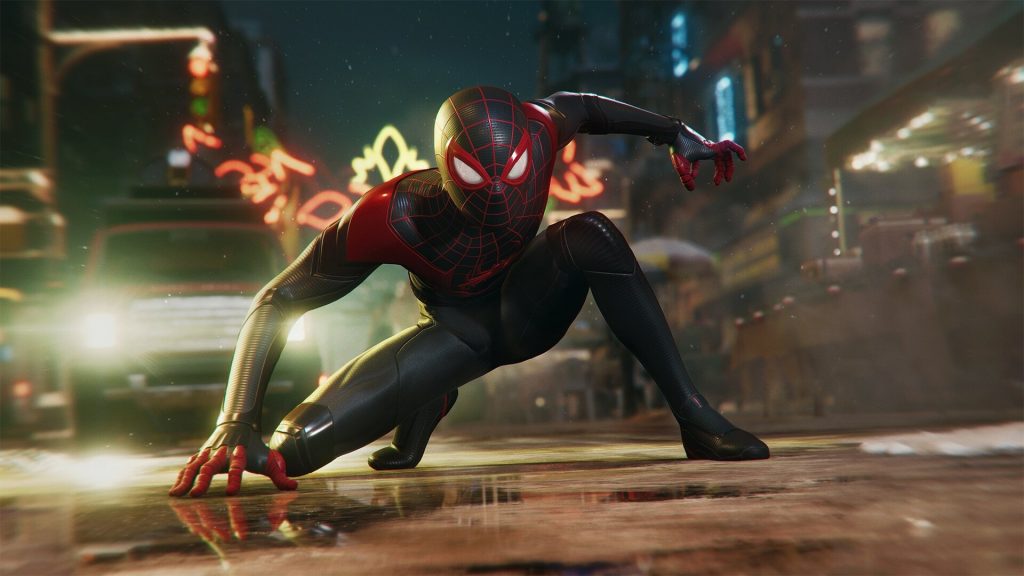 Fans of the original game’s score, will be happy to know that John Paesano returns to helm the game’s soundtrack. Lastly, the extra horsepower of the PS5 allows for the game to have no loading screens and ray-tracing nearly everywhere in the game. Those sweet, sweet puddles will look dang good rest assured.

All in all, this month has revealed a ton of new gameplay & details for gamers to sink their teeth into for Miles Morales. The game releases on November 12th alongside the PlayStation 5 and PS4.

Facebook Twitter Google+ LinkedIn Pinterest Tumblr
Previous article AOC Just Made Her Grand Debut on Twitch With An Among Us Stream
Next article It Appears Resident Evil: Village PSVR Support Is Dead