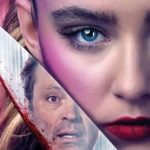 You are reading
Freaky Stabs the Competition at the Box Office

Horror film Freaky was able to slay the competition this weekend. The Blumehouse film is another reason why this studio is so popular. They continue to make popular movies that can bring in a crowd even during a pandemic.

Freaky changes the way we look at body-swapping movies. Think of Freaky Friday with a serial killer walking around in your body. Now your stuck in an older man’s body who can’t move around as you can. This movie grossed an estimated $3.7 million in its first weekend. The movie is sitting at $5.6 million worldwide. Let Him Go came in second place with $1.8 million. That film was able to add a little more to its worldwide total as it sits at $6.9 million.

With the lack of new movies, we have seen an influx of older movies getting rereleased. This weekend we saw the holiday classic Elf hit the theaters again. It was able to slide into the tenth spot with an estimated $170,000. Guardians of the Galaxy were brought back to the theaters as well, it grossed $406,000. It will be nice to see what movies are coming back as we get closer to the holiday season. If you looking for a theatrical release of Wonder Woman 1984, you might not get it. Rumor is that movie might be coming to HBO Max instead. If that happens it will be joining the eventual release of Zack Snyder’s four-part Justice League. We should know more about the Wonder Woman 1984 release date in the next few weeks.

Vanguard will be coming out this week. It is the only movie that is listed in a wide release. Did you miss what happened last weekend at the box office? I have that covered in case your interested. With every getting colder and a rise in COVIID-19 cases across the country expect the box office numbers to drop even more.