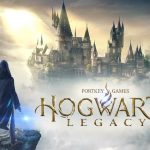 You are reading
Hogwarts Legacy Has Been Delayed To 2022

The first few weeks of 2021 has certainly been interesting in the gaming sphere. We have seen the rebranding of Lucasfilms Games an announcement that drew interest almost immediately. Only then for the announcement of an Indiana Jones game from Machine Games, as well as an open-world Star Wars game from Ubisoft. These are two pretty incredible announcements to kick off 2021, however, we will almost certainly balance these announcements with some slightly disappointing news. Hogwarts Legacy, the upcoming Harry Potter RPG from Avalanche Software has officially been delayed.

Today, via the Hogwarts Legacy official Twitter account it was revealed that the game had been delayed into 2022. Originally set to release in 2021, Hogwarts Legacy marks a return to the world of Harry Potter. Aside from the Lego spin-off games, there has been very little done with the IP in terms of the video game space. In the official statement from the developers, they cited needing more time to deliver “the best possible experience”. While excitement for this game is high, the delay is more than understandable. The COVID-19 pandemic still creating difficult work conditions for many studios. It can only be expected that some games will get delayed in the coming weeks and months. After the release of Cyberpunk 2077, I don’t think too many people will be complaining too loudly about these delays, however. Here’s to hoping we do get to see more of the game in the upcoming months, but personally, I am glad the developers are taking all the time they need.

Are you interested in Hogwarts Legacy? Let us know in the comments and don’t forget to check back for the latest gaming news and information.