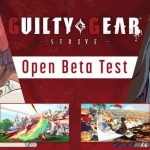 Fans of Guilty Gear have been eagerly waiting to get their hands on the latest installment Guilty Gear: Strive. Players who did not participate in last year’s closed beta will now have the opportunity to test the game themselves. Developer Arc System Works is bringing an open beta for Guilty Gear Strive to the fighting game community. 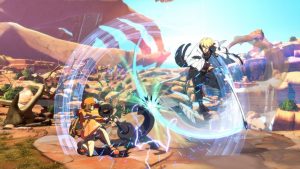 Anjo Mito and the last secret fighter will not be playable in the open beta; however, players will still find plenty of fun mastering the other thirteen on the roster. The open beta will feature Tutorial Mode, Training Mode, Versus Mode, and Network Mode. Network Mode will utilize rollback netcode for its online matches. Rollback netcode is regarded as the “Gold Standard” for online netplay in fighting games due to its low latency and comparable feel to offline play.

Guilty Gear: Strive is set to release for PlayStation 5, PlayStation 4, and PC through Steam on April 9th. Players who pre-order the Deluxe and Ultimate editions (exclusive to PlayStation 5 and PlayStation 4) will have access three days earlier on April 6th. Who do you plan on playing as in the beta? Let us know in the comments down below.