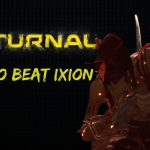 The second biome in Returnal, runs players through a gauntlet. This gauntlet, consists of shifting red sands, imposing tentacles and sword wielding enemies constantly breathing down your neck. Thankfully, this is all topped off by one of the hardest bosses in Returnal, Ixion.

How to Prepare in Order to Beat Ixion in Returnal

Once you have defeated the game’s first boss, you will have gained a second consumable slot. This new slot will be a lifesaver for this battle and the ones after. It is imperative you have both filled with consumables, most importantly, Silphium Vials. Approaching any boss fight with at the least 1 vial, can prove the difference between life and death.

Astronaut figures and Reconstructor’s will also have their value before bosses. These will give you a safety net in the event of death to return to life and try again. If you have the Obolites or Ether, I highly recommend investing in these.

How to Beat Ixion in Returnal

Ixion likes to keep itself airborne by dashing back and forth around the arena’s edges. In the first phase, you can expect a fairly varied set of attacks. After firing off a scattered mess of blue and red orbs towards you, Ixion will follow with a vortex of blue orbs. Thankfully, these are pretty easy to avoid. The red orbs produce themselves in Ixion’s last position but they fall towards the arena the slowest. While they are slow you need to remain wary of them because Ixion will dash to the other side of the arena while his last attack is still airborne. Meaning, you have the red orbs on your back and Ixion in front of you. Make sure to keep an eye on the former or else they could sneak up on you.

The blue orbs and vortex speed towards you just a bit faster. However, they are both fairly easy to dash to the side and avoid altogether. Lastly, once stopped, Ixion also has a more focused stream of blue orbs it will fire towards you. 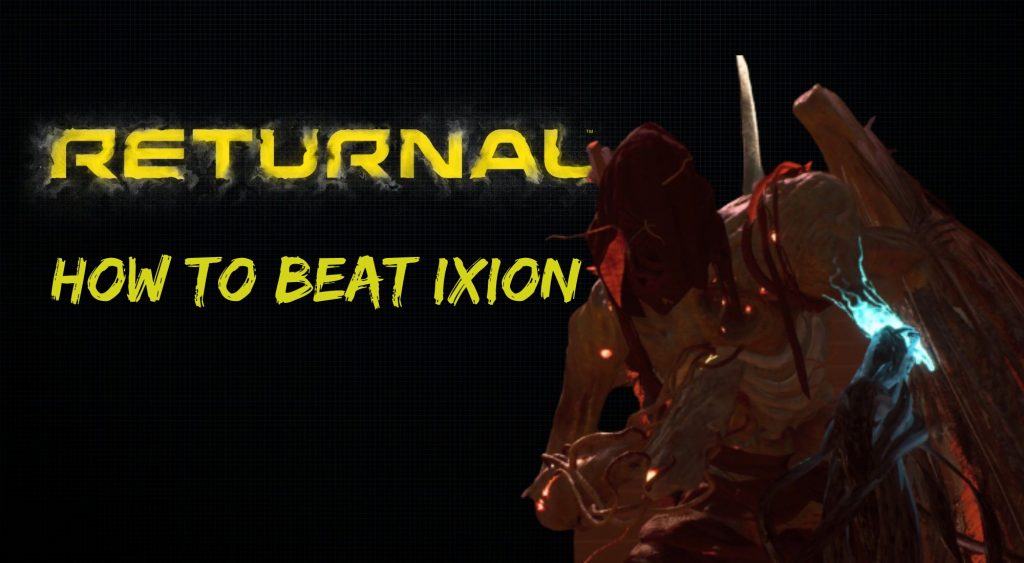 Phase 2 will see Ixion cycle through the same moves with a few added bits. Primarily, lxion will drop down from the air onto the center of the arena. This creates an expanding blue ring you have to dash into. Ixion simultaneously fires off blue orbs into the air while sending red down into the ground. The blue ring comes first so after you dodge through that, you can easily see where the red orbs are going in order to carve your own path to safety. Ideally, you don’t even need to dash to dodge the orbs. Just simply navigate and weave your way through.

After this, Ixion will take to the air once more. Ixion will dash across the arena, leaving behind a vortex of red orbs and a wave of blue energy. For this, you always want to remain perpendicular to the boss. You can not jump over the blue energy field, once again, these have to be dashed through. Timing is important as well, for if you dodge through the field too late or early, you will take damage.

If Ixion’s in the air and stops flying, you can assume a laser attack will follow. However, these are well telegraphed by the boss’s face glowing blue, giving you ample time to run and dash to the side.

The unpredictability turns up to 11 in Ixion’s final phase. Just as before, the phase will begin with the boss dropping from the sky to send a blue energy field out. This is alongside red ground orbs and blue airborne orbs. Only this time, the boss will send out a second batch of airborne blue orbs as well. None of these are particularly difficult to avoid as it’s something you have already seen before.

Once the melee attacks begin, that is where the true fun begins. Ixion can leap at you, like Phrike and send ripples of red rings towards you. Ixion will even smash into the ground multiple times, creating ring after ring after ring the player needs to hop over to avoid. All of this happens while firing shotgun style blasts towards you while dodging a slower batch of red orbs Ixion fires afterwards, which the player will need to sprint away to avoid.

That 3rd phase was no joke smh #PS5share #Returnal pic.twitter.com/qSKuQyXW0k

Guns like the Spitmaw won’t work in a fight like this. Ixion is strictly a distance fighter, so a carbine will probably work best. Also make sure you are only attacking the boss once it’s health fully regenerates and not immediately after you have finished off one phase. Ixion won’t take any damage until the health bar returns to 100%, otherwise you are just wasting ammo.

Hopefully this quick guide on how to beat Ixion in Returnal, can ease your suffering. If you can manage to survive the first two phases, you have all you need to manage the third!