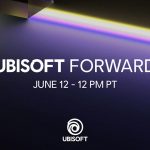 E3 season is upon us and Ubisoft just wrapped up its Ubisoft Forward live stream. The stream was jam-packed with exciting new titles. Without further ado, check out all the announcements and deep-dives from Ubisoft Forward 2021.

Tom Clancy’s Rainbow Six Extraction is a 1 to 3-player cooperative tactical first-person shooter. Assemble your elite team of Rainbow Six operators to launch incursions into the unpredictable containment zones and discover the mysteries behind the lethal alien threat called the Archæns.

Knowledge, cooperation, and a tactical approach are your best weapons. Band together and put everything on the line as you take on an unknown enemy. For full deep-dive check it out here.

In the void left by the absence of Rock Band and Guitar Hero, Rocksmith has carried on the noble tradition of instrument games. This time it is changing to a live service model.

Extreme sports are back and bigger than ever. Riders Republic showed off a battle royale level of players on buggies, dirt bikes,

An exclusive version of Dem Beats from Todrick Hall will be a part of a brand new Just Dance 2022 game. However, they did not show any actual game play footage.

Assassin’s Creed Valhalla was revealed to be the most successful launch of an Assassin’s Creed game, which is quite the impressive feat given the franchise’s history. New time-limited festivals, quests, Mastery Challenges and river raids are coming to the game. This will be joined by new weapons to add into the Wrath of the Druids expansion that was released last month. The next DLC will be Seige of Paris. The expansion arrives later this summer. Most interestingly, it was revealed that Ubisoft will be supporting the game into year two pushing the next entry into Fall 2022 at the earliest.

Far Cry games have been lauded for their iconic villains, and today we went even deeper into the minds of the villains. It is a twisted rabbit hole, time to fall in.

Despite a leak this morning, Mario + Rabbids Spark of Hope still managed to put on a good showing.

Ubisoft showed off their brand new Snowdrop engine which they are using in a game based on the 2009 film, Avatar. Check it out at the 2:20 mark

It was a fairly safe and predictable conference for Ubisoft, but it is hard to fault them for the Mario + Rabbids leak, which surely would have been a showstopper. Keep it locked for even more E3 coverage all week.