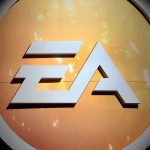 The group responsible for the EA cyber attack claimed to have downloaded source code for popular games such as FIFA 21. To add, the hackers also took proprietary Frostbite game engine data.

EA uses the engine to develop many of its popular and upcoming titles, including the just-announced Battlefield 2042. News of the EA hack was first reported by Vice and they said that hackers stole around 780GB worth of data.

EA Hack: Players Not at Risk

An EA spokesperson said in a statement that the company will investigate the cyber intrusion. The company has already contacted law enforcement agencies to help to begin a formal investigation.

EA assured that the hack did not involve the theft of player data. The statement added that they have no reason to believe there is any risk to player privacy.

The company said it had already improved security and stated that it did not expect “an impact on our games or our business”.

In laymen’s terms, a source code is a version of computer software that is much easier to read and understand than the end or finished product.

The group involved in the EA hack claim they have the source code for the Frostbite engine. Many of EA’s popular titles rely on Frostbite, as it is a powerful game development tool. This includes many of their sports games, Battlefield series, and Star Wars titles.

The hacking group advertized the feat in hacking forums. Moreover, they also advertised that the stolen data is for sale.

The engine’s source code could be a valuable asset but it’s unlikely that any direct competitor of EA would purchase the assets. However, it’ll likely create new hacks for popular EA games that can be sold directly to players.

The EA hack is the latest in a growing list of high-profile hacking incidents in the gaming industry.

In November, Capcom suffered a ransomware attack. The incident resulted in the theft of source codes for many of the company’s popular titles.

While in February, Cyberpunk 2077 developer CDProjekt Red was a victim of a cyber intrusion. Again, hackers stole source codes for several of its titles and were auctioned off online.