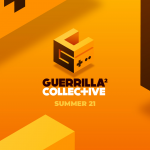 You are reading
Recap of Guerrilla Collective 2 Day One

E3 is just about to get rolling this week. To start this event off, the Guerrilla Collective 2 has split its showcase of indie games into two days. Earlier today, fans were given a glimpse at some of the upcoming indie games at the Indie Live Expo 2021. Let’s take a look at some of those games that were shown off at the Guerilla Collective 2 event.

Since there were so many games shown off today, I thought I would give you a few to drool over. The first game takes the game of golf in a whole new direction.

A unique game of “action-rpg-adventure-golf” that will take the player across a world where golf and monsters co-exist! Fight monsters, make allies, challenge other golfers, explore a huge world and most importantly, have the adventure of a lifetime!

Bloodstained Ritual Of the Night

More people need to play this game. For those that have Stadia, this will be happening soon. Bloodstained Ritual of the Night is also available on the Xbox One, PlayStation 4, PC, and Nintendo Switch.

Bloodstained: Ritual of the Night is an exploration-focused, side-scroller action RPG by Koji Igarashi. Play as Miriam, an orphan scarred by an alchemist’s curse that slowly crystallizes her body. Battle through a demon-infested castle and defeat its master to save yourself, and all of humanity! – Playbloodstained.com

A unique game that really shows off the spirit of Guerrilla Collective. Kraken Academy will be playable on PC.

Make friends, free spirits and make sure that the world doesn’t end! Welcome to Kraken Academy, a technicolor fever dream that for legal reasons can only be described as “technically a school.” Join forces with a magical kraken to manipulate a time loop and save the world. – Steam

Players can always use more horror-based survival games with a dash of RPG elements. Mix that together with one of our biggest catastrophes in human history. We call that Chernobylite, an upcoming horror game that will be coming to PC, PlayStation 4, Xbox, and Steam.

Chernobylite is an RPG survival horror mixing free exploration of disturbing locations with challenging combat, unique crafting, and non-linear science-fiction story. Build your team, survive and reveal the twisted secrets of Chernobyl in the 3D-scanned recreation of the Exclusion Zone.- Steam Page

You may notice a trend with the games that I picked to look at. Dark, strange, and unusual. One horror icon that hasn’t been given much love in the gaming world is Alfred Hitchcock. Players will be getting Alfred Hitchcock’s Vertigo on the Xbox family, PlayStation consoles, Switch, and PC.

Can you trust your own mind? Immerse yourself in a psychological thriller of a new kind, playing with the limits between reality and fantasy.- Steam page

To watch the first day of Guerrilla Collective 2 take a look at the video. Remember that this is only the first out of two days filled with games. Expect even more games next week on June 12 at 8 am PST.