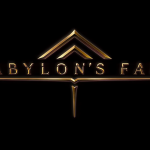 As part of this summer’s all digital events, Square Enix is holding their own. Showcasing new games, updates, and more.

Among the updates comes new information on Babylon’s Fall. Announced in 2018, the game has been missing for some time. With that, it is back and Square Enix is re-introducing it as a live service game. Still being developed by Platinum Games, Babylon’s Fall will now release on the PS5 alongside the PS4.

After a long time away, as well as missing its 2019 release window, the future of Babylon’s Fall became uncertain after both Platinum Games and Square Enix went silent and both parties announced new titles.

Platinum Games is known for creating fast pasted action games with a heavy Japanese influence. They have previously worked on games like Metal Gear Rising: Revengeance, The Wonderful 101, and Astral Chain. We interviewed them back in 2020, which can be viewed here. Players hoping to get their hands on Babylon’s Fall sooner than later can sign up for the beta here.