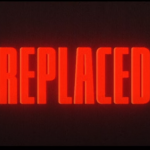 Discover the dark secrets of Phoenix-City. REPLACED is a 2.5D sci-fi retro-futuristic action platformer where you play as R.E.A.C.H. – an artificial intelligence trapped in a human body against its own will.

Define your shared future in REPLACED coming in 2022 to Xbox Series X|S, Xbox One, and Xbox Game Pass for Console and PC, with an optimized version for Xbox Series X|S.