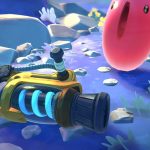 Included in today’s announcements was the reveal of Slime Rancher 2. No date was given but, it will be coming to Xbox Game Pass day one when it does launch.

It will join the original Slime Rancher title in Xbox Game Pass. You can check out the new trailer below, it shows off new visuals and new gameplay mechanics.