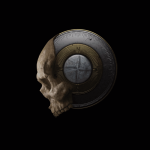 House of Ashes, the third installment in Supermassive Games’ The Dark Pictures Anthology, is just a few months away. However, it appears that we may already know some details about its successor.

The Devil in Me Emerges

A trademark filed by Supermassive on June 28 shows The Dark Pictures logo accompanied by the title The Devil in Me.

While it may not seem like much at first, usually images for an established series contain as much new information as noticing a number placed at the end of the title, the way in which The Dark Pictures Anthology is structured allows for a bit more speculation.

The Dark Pictures so Far

After the success of Until Dawn, Supermassive Games looked to continue the horrors through a new IP. The Dark Pictures Anthology is a series of survival horror games that tell eight unique tales of terror. Unlike Until Dawn, each chapter focuses on an entirely different theme within the horror genre, complete with new stories and characters.

The first installment, Man of Medan, sees a group of young Americans trapped on board a ghost ship. Little Hope is based around the witch trials in Salem and Andover. Finally, the upcoming House of Ashes is situated in Iraq where special forces uncover an ancient Sumerian temple infested with supernatural creatures.

Have you been enjoying The Dark Pictures Anthology? Are you too scared to play them alone like me? What would you like to see in The Devil in Me? Let us know down in the comments below!