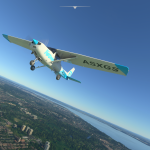 You are reading
10 Beginners Tips for Microsoft Flight Simulator

Microsoft Flight Simulator has finally taken to the skies on Xbox Series X|S. While most flying in games consist of slamming the throttle on and going hellbent for leather, Microsoft Flight Simulator requires just a tad more care and precision. The sheer number of options, values, and gauges to handle can be quite intimidating for newcomers. So here are ten tips to help you acclimatize to these flying machines quicker.

Optional tutorials can often be skipped in games without feeling like you are in over your head. The same does not quite ring true for Microsoft Flight Simulator. Playing through the tutorials will give you a good base for getting to grips with flying. As well as the fundamentals of handling an aircraft, you will also get to know some aviation terminology and processes such as landing patterns. Meaning you will be just that slightly less confused when the Air Traffic Control (ATC) starts spitting numbers and letters at you. 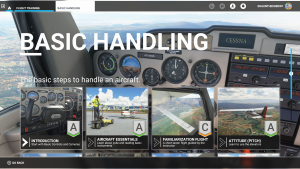 When you draw out a flight plan in the world map, the game will default you to starting on a runway. However, you can change the option so that you begin in a parking spot or at a gate. This means you will have to taxi onto the runway before taking off. While that is all fine and dandy the multiple crossing taxi paths and routes can be overbearing. To make life easier, you can enable a taxi ribbon which will show you the taxi route to take.

You can enable the taxi ribbon in the options on the main menu, located under Assistance then Navigation Aids. If you have already started your flight plan then you can also access it from the toolbar at the top of the screen.

In order for the taxi ribbon to appear, you first need to request clearance to taxi from ATC. You can do this by accessing the ATC panel on the toolbar at the top of the screen. Simply select the tower for the airport you are at and select the option to request taxi clearance.

The taxi ribbon also pairs with another handy feature. The landing guide will appear as you make your approach onto a runway to land. A series of squares will help you maintain the correct altitude, speed, and pattern. Perfect for preventing you from overshooting the runway or plopping into the water beforehand.

To make the landing guides appear, you will need to contact ATC once again to get landing clearance. This is done in a similar manner to the taxi ribbon but with the airport’s tower you are looking to land at. 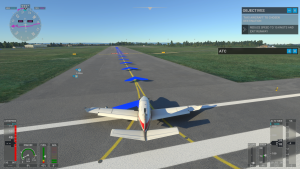 Once you begin jumping into the world map, you may be tempted to take a long-haul sightseeing trip. Perhaps it is to see the wilderness of the African plains, or a cross-country flight over Egypt to see the Valley of the Kings and the Giza Pyramid Complex.

However, sticking to short flight plans early on will allow you to practise all of the elements of flying a lot quicker. With take-off and landing making up such a little amount of the journey, longer flight plans only mean more time to gain valuable experience.

Of course, you can still see the sights with a shorter flight plan. You just have to adjust your world map route accordingly, taking off and landing at the same airport to create a short loop is a good start. For example, if you wish to visit the Giza Pyramid Complex simply take off from Cairo International, have a short flight to the Pyramids, enjoy the view longer as you loop back on yourself, then land back at Cairo International. You have still seen the sights but have also gained more experience in take-off, flying, and landing in a shorter space of time. 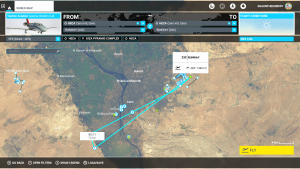 Fly in the Daytime

Microsoft Flight Simulator has a live weather and timing system. This means that you can enjoy the sunny rays of Orlando or the rain-soaked streets of Manchester in real-time. You can also see the sunset and rise where it currently is in the real world. However, if you wish to fly somewhere that is currently under moonlight, it may be best to switch off the live system for now and stick to a daytime preset.

Flying during the night brings with it a whole new layer of challenge. With limited visibility, you will have to rely more on the ATC and dozens of blinking lights down below to successfully navigate your way. Landing can be especially trickier during the night as you only have the runway lights to gauge whether you are going to make it or not.

Sticking to daytime flying at the beginning allows you to focus on improving your basic flying skills without the additional layer of needing to concentrate more on visuals and location. 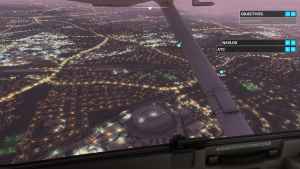 With Microsoft Flight Simulator being…you know…a simulator, it does not take damage lightly. The simplest of errors can cost you your entire flight, unlike say a racing game where a shunt into the tyre wall may simply knock a wing mirror off.

While it may seem obvious to turn off Aircraft Stress Damage and Engine Stress Damage while you get used to handling your aircraft, you also want to switch off Crash Damage. The main reason for this is not so you can continue after plummeting 3,000 feet into the ground but rather so you can complete your flight on landing.

There are multiple things that can cause terminal damage upon landing. You could come onto the tarmac at too steep of an angle or at a speed the aircraft cannot handle. With Crash Damage off initially, you can hone your landing skills then introduce Crash Damage once you feel you have a better handle on the aircraft. It will also prevent the deflating feeling of a fun flight from being cut short right at the end. 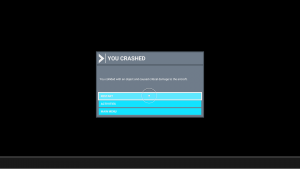 Stick to One Plane

Every aircraft in Microsoft Flight Simulator feels different. While the controls will stay the same between each one that is where the similarities end. With a multitude of variations from take-off and landing speeds, maximum altitudes, and optimum climb rates it can feel like you are struggling to gain consistency when switching between different aircraft.

When you are first starting off in Microsoft Flight Simulator it is wise to pick a plane and stick to it for a while. This way you can get a better feel for the craft and quickly tune in your flying skills. After that adjusting for other aircraft will feel minor compared to jumping from plane to plane without feeling accustomed to any of them.

A great starter plane is the Cessna 152. Not only is it one of the least complicated aircrafts in the base game, but it also features in the majority of the tutorial. This means you can get a feel for the craft during the tutorial before you even take to the skies in the world map. 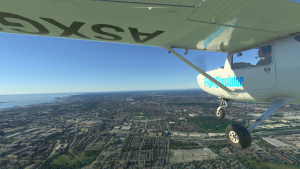 Work Your Way Up the Plane Categories

Following on from the one plane tip is gradually working your way up the categories. Microsoft Flight Simulator’s base aircraft can be split into four categories. Propellors/Twin Props, Turboprops, Jets, and Airliners.

It is not just an increase in performance you will see as you work your way up through the ranks. You will also find an increase in complexity regarding the different mechanics and systems. Things such as autopilot and ILS approaches open up a whole new world of buttons and terminology to learn.

If you get to grips with the lower performing craft and hone in your basic flying skills first then introducing further systems and mechanics does not become as overbearing as it can be. 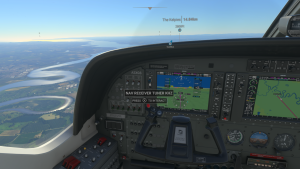 Enable Autopilot When Using the Cursor

The cursor in Microsoft Flight Simulator allows you to interact with the toolbar and UI panels on screen. The only problem is since the cursor is controlled with the analog stick, you will not be able to control your aircraft while using it. While veteran flyers should have no issues with this, it could cause trouble for beginners.

Thankfully, Microsoft Flight Simulator comes with an option to let the AI take the reins while you are in cursor mode. This means you can fiddle with options or your UI layout without fear of a sudden death spiral. Once you have learned to keep your craft level you can turn this option back off for complete control.

To enable the option, head to the Assistant section of the toolbar at the top of the screen. From there simply toggle the option on. Your handy copilot will then keep you flying straight whenever you need to use the cursor. 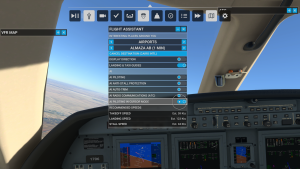 Swap the Throttle and Brake Controls

If you enjoy playing Microsoft Flight Simulator in cockpit view, then you may also like to have a fiddle with the different buttons and dials onboard your aircraft. It can be a great way to increase the immersion of being a pilot. It can also cause a bit of a mix-up due to the limited amount of gamepad buttons available.

By default, the A button is used for both the throttle and for interacting with the different instruments. This can lead to moments where you wanted to increase the throttle, but instead are staring at a button that you have no idea about. On the other hand, you could try to aim at a dial, but instead end up giving the throttle full beans, leading to a frantic slow down before you put the aircraft under too much stress.

The solution to this is to swap the throttle and brake controls around. With the throttle now being assigned to the X button, you will no longer have any instrument/throttle accidents. It also helps that the brake is not used while in the air. This means if you miss the button you were aiming for, this prevents any potentially flight-ending consequences. 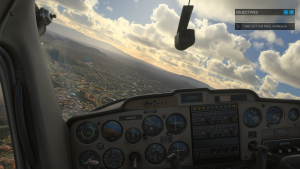 Microsoft Flight Simulator does not have a dedicated ‘Photo Mode’ option. However, there is a way to essentially create one. This means you can get that perfect shot of you swooping through the Grand Canyon, or flying dangerously low above your home.

The first thing you need to do is enable active pause. This can be done by selecting the option on the toolbar or by assigning it to a gamepad button. After enabling active pause, the simulation will pause without bringing up the options menu. You can still fully pause the game to disable any UI that may interfere with your perfect shot.

While still having the toolbar on screen, you can open the camera options and select Drone Camera. Hiding the toolbar again will give you control of the Drone Camera to move it into the perfect position. All that is left to do then is to hit that screenshot button. 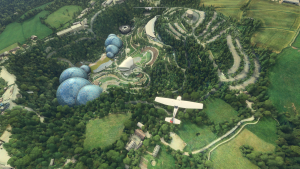