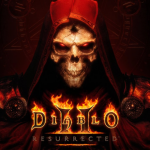 You are reading
Diablo II: Resurrected Beta Has a Date

Recently, it was reported that the Diablo II: Resurrected beta release date was leaked. Blizzard has now officially released the date for the open beta and the early access period. With the game’s release coming in September, expect plenty of videos and more from the beta which starts this week.

Players who pre-ordered the game can now start the pre-loading process for early access. This part of the beta will begin on August 13th and end on August 16th. Now if you play in the early access all of your progress will carry over to the open beta. That starts for everyone on August 20th and ends on August 22nd.

One console that won’t be having the beta is the Nintendo Switch. Due to some issues, it just won’t be happening. This is what Blizzard had to say on the matter:

Why is the Beta not playable on Nintendo Switch ?

A: We are working closely with our platform partners to ensure a successful launch of Diablo II: Resurrected on all platforms. While the Open Beta will not be available for the Nintendo Switch ™ system, the Heritage of Arreat transmog for Diablo III is intended to be available as a pre-order incentive to players on Nintendo Switch™ when Diablo II: Resurrected launches across all platforms on September 23 (subject to changes).

The Necromancer and Assassin will be able to play when the game launches on September 23rd. Now, here are two photos that show the start time in your region for the early access Diablo II: Resurrected beta. Be sure to take a look and get ready to play. 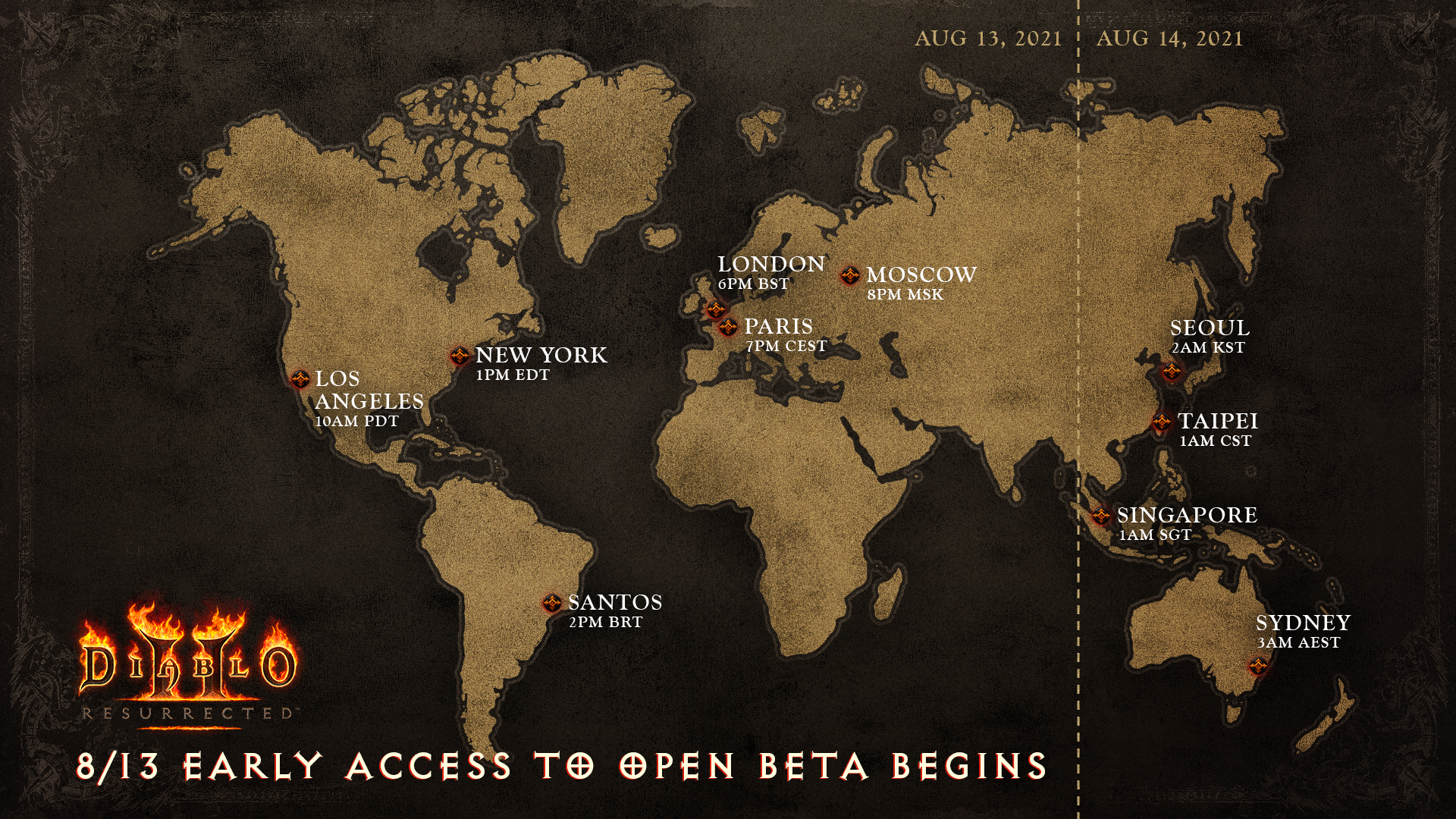 Now if you didn’t pre-order the game and are perfectly fine with waiting for the open beta, here are the release times in your region.

Once the betas are complete, don’t expect to use that save in the real game. Everything you do will not carry over to the game’s release. Players will be able to enjoy another beta this week. The Back 4 Blood open beta starts this week as well.

“We at Lords of Gaming condemn the discrimination, misogyny, and toxic working environment at Activision Blizzard. For more information, please see our Lord’s Minute on the subject. If you are struggling with thoughts of self-harm or suicide, please contact the National Suicide Prevention Hotline. We care about you.”