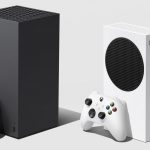 Next-generation gaming is why so many people are currently trying to track down PlayStation 5’s and Xbox Series consoles. The allure of new features and upgraded hardware is a temptation that is hard to resist for many. This allure is only going to get greater with the addition of Dolby Vision which will take next-generation gaming on Xbox Series consoles to the next level.

Today, in an official blog post announcement via Xbox we learned that Dolby Vision is now available on Xbox Series X and S consoles.  Xbox consoles will be the first gaming consoles to take advantage of both Dolby Atmos and Dolby Vision which will create a more immersive gaming experience. Combining full-spectrum visuals with incredible spatial audio via Atmos will take the next generation a step further.

Dolby Vision is compatible and enhances a wide variety of Xbox Series features from DirectX Raytracing, automatic low-latency mode, variable refresh rate, and even 120FPS support. Ultimately, Dolby Vision helps to enhance the clarity in dark and light scenes, making for incredibly realistic lighting. Xbox and Dolby are working hand in hand to help developers get the most out of this partnership with a variety of tools to make the process easier. This can be done through built-in features in the Xbox platform, as well as implementing the technology directly into a game’s engine. Future games will be taking full advantage of this technology, one such game is the highly anticipated Halo Infinite. With this partnership continuing to grow, expect more and more games to take advantage of this technology. The future is certainly looking “brighter” as more tools are becoming available to make games look even better.

Not sure if your display will support Dolby Vision? You can find a full list of supported devices here.

Will you be checking out the Dolby suite of features on Xbox Series consoles? Let us know in the comments and don’t forget to check back for the latest gaming news and information.