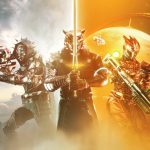 Bungie is celebrating thirty years as a studio. Many discovered Bungie through Halo. However, the developers celebrate their time within their new home of Destiny. Bungie promised a new match-made activity, dungeon, and loot. Yet, they delivered even more for this occasion. Bungie’s 30th anniversary aims to please leading up to Witch Queen.

Read More: Tunic Sneaks Its Way into Next Year

Xur is back. Everyone’s favorite cosmic vendor guides players through “Dares of Eternity.” This six-player activity serves as a game show. Xur is the host. Additionally, he is accompanied by a cosmic horse. Yes, this setup is as ridiculous as it sounds.

“Dares of Eternity” is split between three phases. Players spin a wheel to randomize which enemy faction they will be facing. Subsequently, there are objectives and minor obstacle courses to traverse. Once completed, Xur and his steed will reward players with strange coins (the event currency), keys to unlock event chests, and throwback weapons to Bungie’s greatest hits. Of course, this includes Halo.

I Need a Weapon 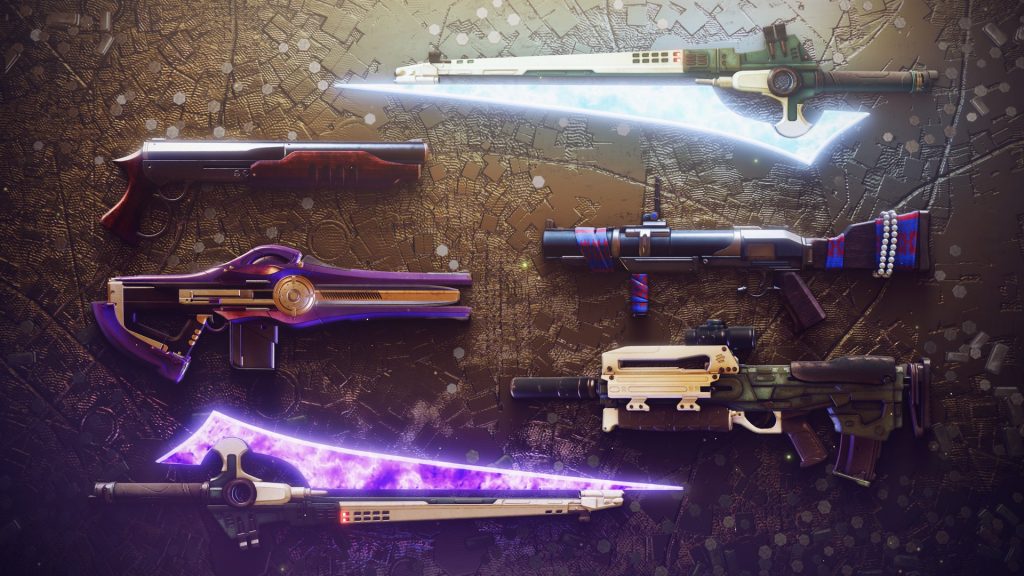 Bungie’s 30th Anniversary event brings a slew of rewards and perks to grind for. Specifically, the Halo-inspired weapons. These are not just for looks. As the BxR-55 Battler pulse rifle is impressive. This legendary pulse rifle, as all the weapons in the image above, is earnable through “Dares of Eternity.” This pulse rifle brings a unique frame into the game. The Legacy PR-55 frame sports high accuracy and stability while hip-firing.

Additionally, the weapon has an intrinsic perk. “Blunt Execution Rounds” gives the first shot of the weapon increased damage after damaging an opponent with an empowered melee. This harkens back to Halo 2. Players would melee enemy Spartans then finish the job with a quick volley from the battle rifle. Essentially, this pulse rifle is an exotic weapon in disguise. One that is both fun to use in PvE and deadly in PvP with the right rolls. Things do not slow down there. The real exotic from “Dares of Eternity” is even deadlier in the right hands. 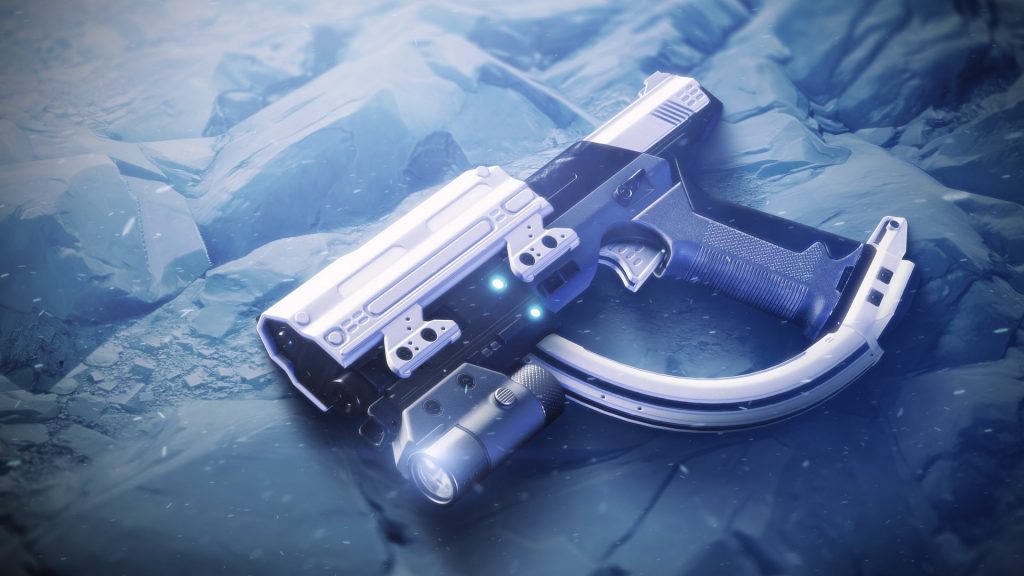 The Halo magnum pistol lives again. Bungie’s 30th Anniversary event revived the gun as The Forerunner sidearm. It utilizes special ammo and three taps players in PvP. The exotic quest can be attained from Xur inside the new treasure hoard location along with the catalyst once you earn enough reputation.

The catalyst brings a new mechanic inside Destiny and for weapon perks in general. “The Rock” is a perk that is activated upon kill. Once activated, players can choose to convert their ammo reserves into a frag grenade. This grenade replaces your normal one. Additionally, it behaves very close to frag grenades in Halo. Players can even get one-hit kills if aimed correctly inside PvP.

These weapons are both fun and ridiculous for some. They breathe new life into the Destiny sandbox. Players can also use strange coins to unlock a new ghost shell, sparrow, ship, and armor set styled after Bungie’s Marathon game. Most importantly, this is all free for players. Everything mentioned above is available now for your enjoyment. Bungie’s 30th Anniversary event has even more for those who purchased the pack.

The Loot Cave returns. Bungie has expanded upon it as a dungeon for those who purchased the anniversary pack. “Grasp of Avarice” leads players on a treasure hunt for the new Thorn armor set, Destiny 1 weapon reprisals, and the coveted Gjallarhorn.

Gjallarhorn is one of the most iconic weapons for this franchise. The exotic quest will lead players to explore the Loot Cave upon Shaw Han’s request and return to Banshee. There the infamous rocket launcher is reforged. The weapon performs remarkably well in PvE. Its intrinsic perk (Pack Hunter) grants nearby allies wolf pack rounds to their legendary rocket launchers when Gjallarhorn is fired.  The catalyst gives players an extra rocket in the chamber as well as a mega missile upon wolf-pack kills. Players were fearful the weapon might underperform once reborn. However, the weapon is just as mythic as it once was during its glory days. Gjallarhorn now serves to create new legends for guardians young and old. 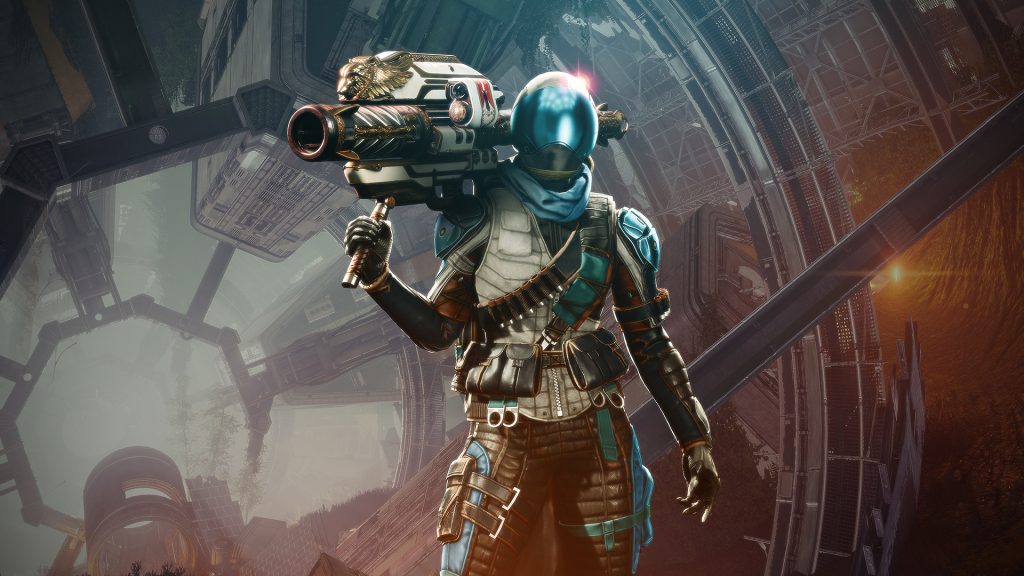 Overall, this celebration is fun. Bungie’s 30th Anniversary Event has a lot to offer for players. Additionally, the dungeon is my new favorite in terms of theme. Grasp of Avarice has excellent music, fun encounters, and a neat story surrounding the greedy Wilhelm-7 within the Loot Cave.

The weapons, legendary and exotic, are a welcome treat. The cosmetic items serve as the icing. They deliver even more character and style to allow guardians to express themselves with jokes and nods to the history of Bungie. I find the event truly succeeds in the value it gives to free-to-play players. Dares of Eternity alone rewards guardians extremely well for their time.

Additionally, the Moments of Triumphant seal is now earnable. “The Dawning” event will also go alive with the next reset at the time of writing. Players who grind these will have their hands full for at least a month or two. Bungie aims to bridge the majority of the player base from here the seasonal epilogue. Then, Witch Queen will hopefully be just around the corner. The Video Game Awards did give us an amazing live-action sneak peek after all. Are you enjoying Bungie’s 30th Anniversary Event? Will Xur win an award for his hosting skills? Let us know in the comments down below! 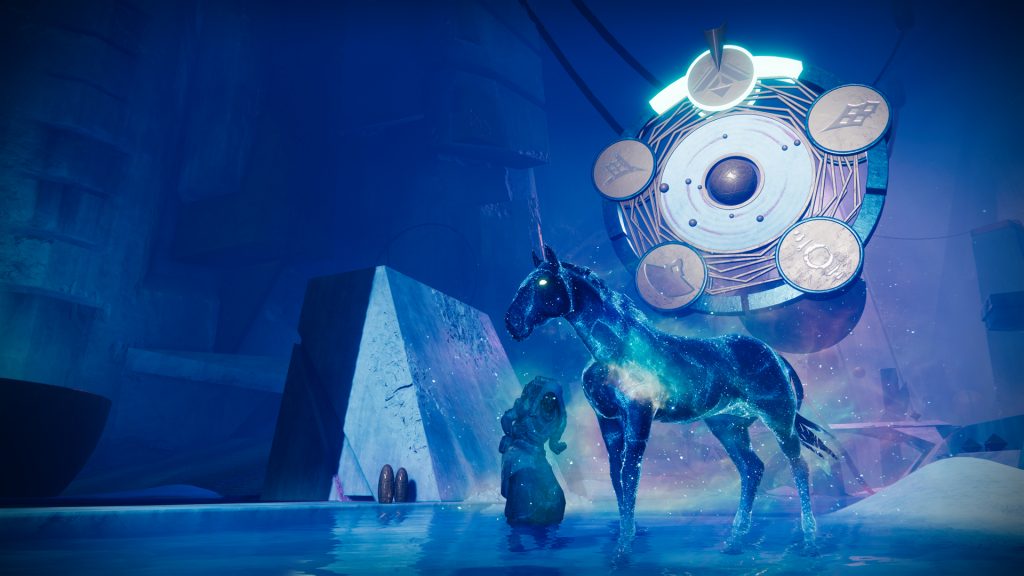