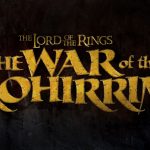 You are reading
Lord of the Rings: The War of the Rohirrim Movie Release Date Announced

It seems like yesterday when the original Lord of the Rings movie burst across theaters. In reality, the popular franchise came out over 20 years ago with our Fellowship friends. We have been hearing a lot about the popular fantasy franchise coming to Amazon Prime Video with its new series called The Rings of Power. Fans got a small glimpse into what the TV series would look like. Shortly after that, we got the release date announcement for an animated movie. This movie will be called Lord of the Rings: The War of the Rohirrim.

Going Deep into the War of the Rohirrim

The War of the Rohirrim animated movie was a surprise to some. But fans have been eating good with a year full of Lord of the Rings news to satiate most appetites. War of the Rohirrim is being developed by both New Line Cinema and Warner Bros Animation. This anime will dive into one of the many stories not yet told. The storyline is set in the legendary Helm’s Deep Fortress. As we dive deeper into this untold story, we will find out the life of King of Rohan, Helm Hammerhand.

Last year in December, the original cast pulled off a shocking reunion nearly 20 years after the movies were released. This came after lots of information began pouring out about the new TV series. Fans of Lord of the Rings can be happy to know that no stone apparently will be left unturned when it comes to J. R. R. Tolkien’s fantasy world. The War of the Rohirrim will be directed by Kenji Kamiyama and the Oscar winner Philippa Boyens.

Philipa was actually part of the original screenwriting team of The Lord of the Rings and The Hobbit trilogies. She will be an executive producer for the animated movie along with producer Joseph Chou. War of the Rohirrim is said to be set around 250 years before the events of the Fellowship of the Ring.