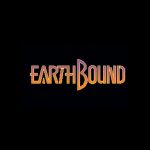 You are reading
Nintendo Direct: Earthbound and Earthbound Beginnings Out Today

Today February 9th, 2022 Nintendo held a Direct to highlight the upcoming Nintendo Switch games. Among them is the latest info on Nintendo’s Online service. The Direct brings Earthbound and Earthbound Beginnings to the subscription service today.