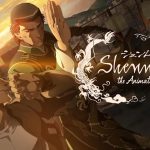 You are reading
Shenmue The Animation Gets It Right

Over the next 12 weekends, Adult Swim and Crunchyroll will be premiering season one of the Shenmue animated series. The 30-minute show will be buried in the early AM, releasing at 12:30 AM EST on Sundays. My relentless skepticism is keeping me from believing this show can honor the iconic franchise. Yet after one episode, I am now a believer.

The first episode, titled Thunderclap, stays faithful to the beginning of the series. With the pacing of the lead-off episode, it is likely season one will cover the first game. Thunderclap begins in the quiet Bailu village. From there Ryo Hazuki walks in on the mysterious murder of his father and thus begins his adventure.

From start to finish Thunderclap finds a way to detail the areas and people from the original Shenmue game. We even get our first look at Tom Johnson and his hot dog cart. The first episode created a level of excitement that I did not expect. How are they going to handle forklift driving? Will we see Ryo run a game of Lucky Hit?

Shenmue was released on the Dreamcast in 2000. It was the console’s tentpole story-driven game and transcended the medium. Shenmue 2 followed on the Xbox in 2002 as a port of the unreleased Dreamcast sequel. In 2018, remastered ports of both games were released on modern platforms. Finally, Shenmue 3 was released in 2019 for the PlayStation 4.

The series has become the grandfather of what we know as the Yakuza games today. If Shenmue 4 never gets off the ground, the animated series is a platform where show producer and franchise creator Yu Suzuki may tell the ending to his story.