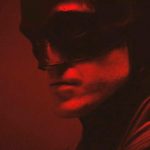 You are reading
Batman Dominates the Box Office for Second Weekend

This past weekend, The Batman continued to dominate the box office. Comic book movies continue to just print money for Warner Bros and Marvel this year. BTS was even able to make some money this weekend with a live concert.

For a second weekend, The Batman sat on top. This film grossed an estimated $66 million this weekend bringing it to $238 million domestically. In the foreign market, at the moment Warner Bros movie sits at $224 million. Expect this movie to cross $500 million easily this week. Currently, it sits at $463 million worldwide. Given the climate that the world is sitting in, this movie doesn’t show any signs of slowing down. Look for this number to grow even more as the film is being released in China on March 18th.

Uncharted is still making money at the box office. The video game adaption of the beloved franchise grossed an estimated $9.2 million. That brings the worldwide total up to $301 million. BTS Permission to Dance on Stage – Seoul Live Viewing grossed $6.8 million domestically and in 803 theaters. That’s no small feat for any film that that small number of theaters. Dog dropped down to number four with $5.3 million domestically. This movie is also available to rent at home digital for $19.99.

It seems that Marvel juggernaught hasn’t stopped either. The hit Spider-Man: No Way Home was sitting at fifth with $4 million. This film is so close to hitting $800 million domestically, with a couple more weekends like this, it will have no issue.

Next weekend, look for two horror movies to be coming to theaters. Umma and X will both be competing for a spot behind The Batman. April 1st might be a day to play jokes on people, Marvel and Sony are finally releasing Morbius on that day. Who knows if that movie will turn out to be great or just a sad joke.