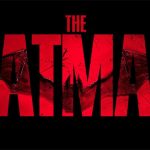 You are reading
DC FanDome 2021: The Batman Trailer Shows off The Riddler and More

The moment most of us have been waiting for has happened. The first full trailer for the upcoming The Batman movie has arrived during DC FanDome 2021. Being a fan, I can’t wait until March 4th, 2022.

The Batman Trailer Shown Off During DC FanDome 2021

During today’s event, we have seen some great game trailers and more. From The Flash to The Suicide Squad. The DC Universe is constantly growing and it seems like everything is going in the right direction.

If you have already seen the trailer take a moment to watch it again. We see the first full look at Zoe Kravitz as Selena Kyle. We also see some action between The Penguin and Batman. This movie looks like it won’t be a disappointment to fans who love these characters.

As you can see from the trailer, Robert Pattinson does a great job as Batman/Bruce Wayne. I know plenty of fans who thought that the Twilight guy wouldn’t work. They also said Heath Ledger would be a terrible Joker. There is a reason as fans we don’t get paid to cast movies. Some of the people we think would do a good job just wouldn’t fit in the role. At this moment this is all we know about the story:

The Riddler plays a dangerous game of cat and mouse with Batman and Commissioner Gordon in Gotham City.

Like I said at the start of the article look for The Batman to be released in theaters on March 4th, 2022. This movie has also been delayed multiple times due to issues with the pandemic. Are you enjoying DC FanDome 2021? Let us know how you feel in the comment section below.