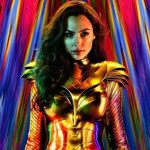 You are reading
Wonder Woman 1984 to Stream on HBO Max

Warner Bros is supporting the viewers locked in their homes. Wonder Woman 1984 will be coming out in December in theaters and streaming on HBO Max.

I did say that part correctly. One of the biggest movies this year that was supposed to take over the box office is coming out on a streaming service. This is a huge step forward for the movie industry. Wonder Woman 1984 was one of the many movies that had been pushed back over and over due to the pandemic. There was a new trailer released today with the wonderful news that the movie is still coming out December 25th.

Viewers who want to stay home and watch this movie will not have to pay any extra. The movie will not add any cost to the HBO Max subscription. If you are willing to find an open theater, this film will also be playing in IMAX. It will be interesting to see what movies decided to go that route now. Will we get to see movies like Dune and The Batman on HBO Max as they are being released in theaters? Only time will tell. HBO Max is taking a different tactic than what is going on with Disney+. They released Mulan for an added price on top of the subscription price before adding it for free later on. This may open the door for more streaming services to get those big movies that were pushed back.

This is one of many DC movies that will be on the streaming service. Zack Snyder’s cut of Justice League will be coming to the service as a four-part series. That film just received a new trailer. The movie has gone through so much since the original release. It was a terrible cut-up version, and I really can not wait to see this new version.

Come back each week as I take a look at what movies took the top spot at the box office.