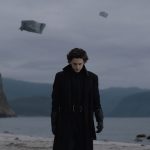 You are reading
Dune, Suicide Squad and More Coming to HBO Max

This is game-changing news for movie fans. Warner Bros. Pictures has announced that over the next year all of their movies will launch on HBO Max. These movies will release on the streaming service the day they hit the theaters. The list of titles is extensive, but is headlined by a few blockbusters. Blockbusters that include Dune, Godzilla vs Kong, and Suicide Squad.

I got you something ✨nice✨ this year:
🎁 The biggest movie premieres
🎁 In theaters and on HBO Max the exact same day
🎁 Beginning December 25 with #WonderWoman1984#HBOMax #WBPictures https://t.co/BZgFFRrrg2 pic.twitter.com/J2KBdWd9Tf

Earlier today this trailer was released along with this Tweet. We all knew that Wonder Woman 1984 was coming to HBO Max. Also, I covered a little story that Godzilla vs Kong would probably be showing up on the streaming service as well. Times have changed and that many things, we did before the pandemic have to change as well.

If you watch the video in the link I provided above you will notice some excellent movies. Here are all the movies that were mentioned in that trailer.

With this new move, HBO Max is now of the better streaming apps out on the market. As of now, I have yet to try the service. Now that all these movies will be showing up, I am going to have to give them my money. Now we are going to see other studios do this same thing. Warner Bros. Pictures is really shaking the pillars of heaven with this move. I expect some of these release dates to change, maybe even get pushed forward. Movies like Dune and Godzilla vs Kong were supposed to be out this year. They could always get a new release date.