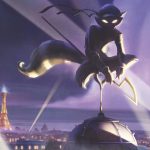 You are reading
The Untapped Potential of Sly Cooper

Rumors are circulating about a Sly Cooper game that a leaker said was in development late last year. Then a recent re-registering of the domain by Sucker Punch Productions caused the thievious raccoon to trend on Twitter. But at the March 2022 State of Play, the PlayStation mascot was absent.

This got me thinking about Sly Cooper and the franchise’s potential. Fans love the original trilogy, and the Sanzaru-developed sequel shows the promise of other studios working on the series. Not to mention, the movie that was teased to release in 2016, but never saw the light of day.

With nothing but leaks, rumors, and speculation to keep our hopes alive, Sly Cooper remains in the dark. Today, I want to take a look at the Sly Cooper series. So let’s explore the different avenues Sony could take the franchise. Grab your Cooper Cane and tread lightly folks. Let’s sneak in! 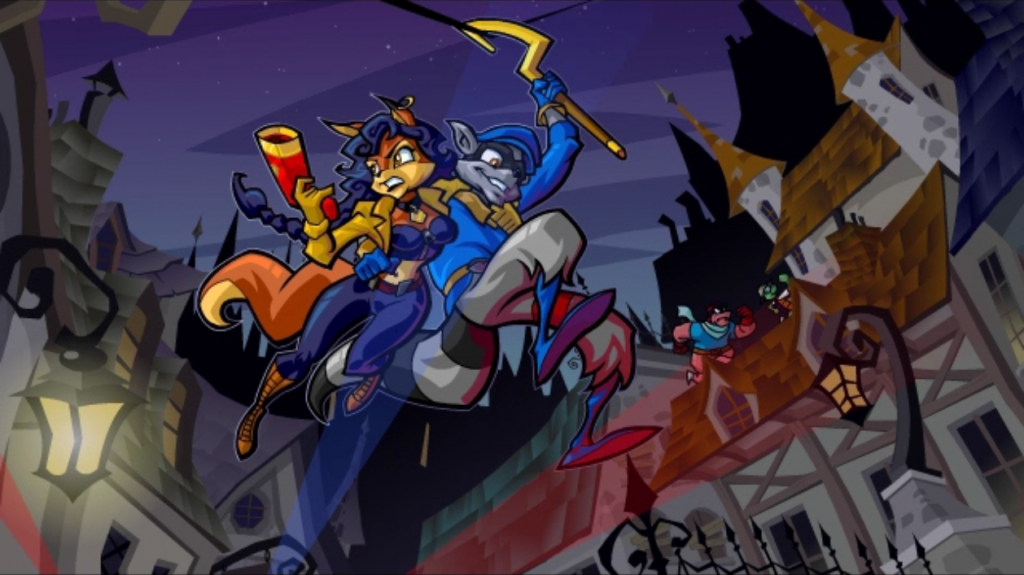 The original Sly Cooper trilogy of games aren’t perfect games, but they are classics. The Thievius Raccoonus sets up the gameplay, characters, and story. The sequel Sly 2: Band of Thieves improves on the original and shows what the series is capable of. Sly 3 continues to build on what Sly 2 accomplished, but in my experience, has some technical hiccups.

Sly Cooper and The Thievius Raccoonus does a magnificent job of setting the tone for the series and lays the groundwork for some surprisingly compelling characters and gameplay. An international spy vibe, mixed with big heist noir energy drenches this game in a fantastic way. The history of the Cooper Clan and its presence throughout history is surprisingly interesting. This lineage affects Sly as a young kid and leads to him meeting Bentley and Murray.

The hunt for the lost pages of the Thievius Raccoonus brings Sly face-to-face with the Fiendish Five. Each antagonist is unique with a well-thought-out backstory. The levels are episodic and build up to a boss fight. The gang’s van is the base of operations, and each member of the Fiendish Five has a hideout that sets up each level’s hub world.

The player roams the hub, collecting bottles with messages that grant you a code to open a safe. The safe holds a stolen page of the Thievius Raccoonus, and the page contains knowledge of a new ability for Sly to learn. Sprinkled throughout the hub worlds are missions that once completed, gain the player access to the hideout. There they beat the boss, and then it’s onto the next level.

This cadence and level structure carried over to the first sequel, Sly 2, but Sucker Punch iterated and expanded upon it. The van still functions as the base of operations, but with the addition of the Thief Net. While roaming the episode’s hub world, you pickpocket enemies and sell the lifted trinkets on the Thief Net. Thief Net is Sly 2’s way of allowing the player to purchase upgrades for Sly, Bentley, and Murray.

What I appreciate about Thief Net and the pickpocket mechanic is that it plays into the stealth nature of the game, and enriches the hub world gameplay without being intrusive. It really only enriches the experience and accommodates the narrative. Since you’re not looking for pages of the Thievius Raccoonus, this system allows the player to continue learning new abilities in a way that makes sense.

Sly 3 expands the story, introduces some new playable characters, and establishes a lot of new abilities for Sly and the gang. I’ll be honest, I thought I had beat Sly 3 previously but it turns out I got to 44% completion and stopped. If I remember correctly, that had to do with the game’s performance issues and its insistence on adding too much to the recipe. The frame rate chugs, particularly during the fifth episode, and Sly 3 feels like it’s trying to do too much.

By adding so many playable characters, 3D functionality, and way too many vehicle levels, Sly 3 strayed too far away from what made the series great. There’s enough there that I like and there’s plenty of nostalgia for me to go back and finally beat it. But in my opinion, Sly 2 is the high-water mark for the trilogy.

All things considered, the Sly Cooper trilogy is great. Sucker Punch Productions created a fantastic trilogy and a straight-up remake would suffice. I think an entire generation of nostalgic millennials would rejoice and a slew of Generation Z kids would also take to it. However, another studio rebooting or making a direct sequel is proven to work, so let’s take a look at Thieves in Time.

While Sucker Punch Productions worked hard on the Infamous series, Sanzaru Games remastered the Sly Cooper trilogy for the PlayStation 3. This gave the studio plenty of time to learn the tone of the story and the cadence of the gameplay. By the time talks of Sly 4 began, who better to develop the sequel than Sanzaru Games?

Thieves in Time picks up where Sucker Punch Productions left off, but this time around… see what I did there? Anyway, entries in the Thievius Raccoonus are disappearing, and it’s up to Sly and the gang to restore and preserve the history of the Cooper Clan. Using the time machine Bentley engineered, the gang travel to different periods in time and meet up with Sly’s ancestors.

Here we actually play as Sly’s ancestors. They’re essentially Sly Cooper models with a handful of different abilities, but I think that makes sense narratively. I also much prefer this to playing as a bunch of less preferable characters like in Sly 3. After years of enjoying the games and seeing Sly’s ancestors in passing, meeting them and playing as them is super cool and enjoyable. Since Sly has used their entries in the Thievius Raccoonus to learn how to be a thief, them playing so similarly makes a lot of sense.

Sly Cooper: Thieves in Time was released on PlayStation 3 and PlayStation Vita in February of 2013. The game sits at a 75 on Metacritic to this day. But media outlets like Gameinformer and IGN gave the game a 90 and 80, respectively. Personally, I really enjoy Thieves in Time. I think it shows that a studio with a love for the franchise, given the opportunity, can make a sequel that does the series justice.

As of February 25, 2020, Sanzaru Games is under the Meta banner, developing games for Oculus Studios. It’s a shame in this instance because I think they really understood what makes Sly Cooper special and could have gone on to reiterate on the series. Since Sly Cooper: Thieves in Time, the Sly Cooper games have laid dormant. But that wouldn’t be the last time we saw Sly and the gang. 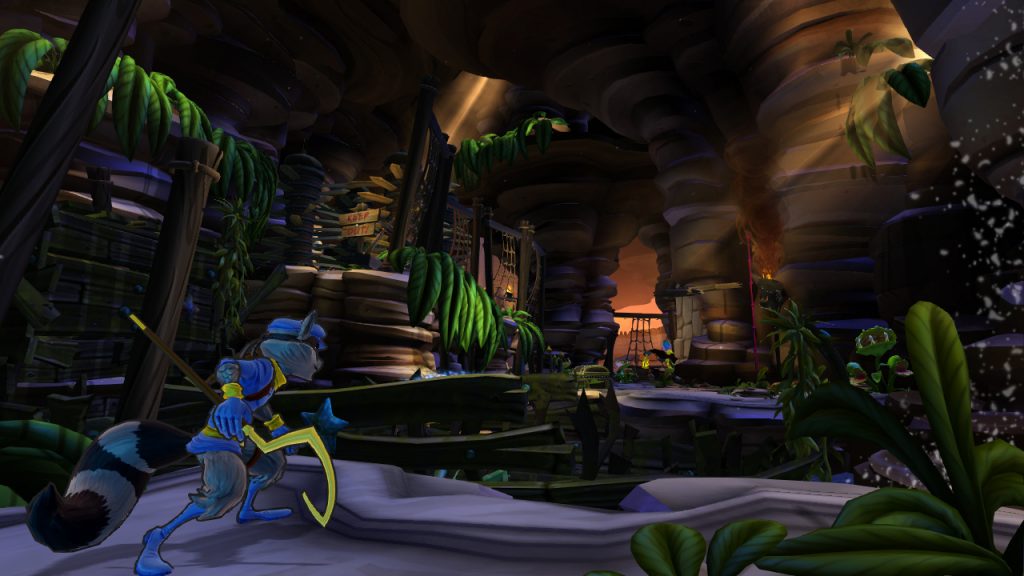 In January of 2014, a teaser trailer for a Sly Cooper movie was published on YouTube by ONE Media. The trailer opens with what appears to be a heist going horribly wrong, but as it turns out, Murray is going through some sort of weird donut withdrawal. The gang is racing to a donut shop in an attempt to get there before closing time to essentially enable their friend.

After arriving late, the gang puts their thieving prowess to work and successfully steals a grip of donuts. But the trailer ends with police chasing the gang. This teaser manages to capture the humor and overall tone of the series. I remember when I first saw the trailer, I was absolutely hyped for it, but unfortunately, it never actually saw a release.

In March of 2016, during an interview with IGN, director Kevin Munroe stated, “I’m standing by waiting to jump on top of it. I’m just waiting for the phone call. I know everyone is really motivated to make it work out, and I think these things just take a long time to figure out. I’d love it to be more dramatic than that, but I think honestly it’s a small miracle that Ratchet gets made. Let alone, you figure out how to roll off one, right into the other.”

However, nothing came of the Sly Cooper movie. In July of 2017, Technicolor Animation Productions began working with Sony to adapt Sly Cooper for the small screen. Sandrine Nguyen, the Managing Director of Technicolor Animation Productions stated, “There is no doubt that teenagers will be happy to rediscover their beloved game series, while younger kids will be charmed by the debonair raccoon and his exciting universe.” While I agree with that sentiment, this TV adaptation never came to fruition either.

So what’s the deal? Why can’t anything Sly Cooper-related get off the ground? Is there any hope left for the franchise? Allow me to pontificate. 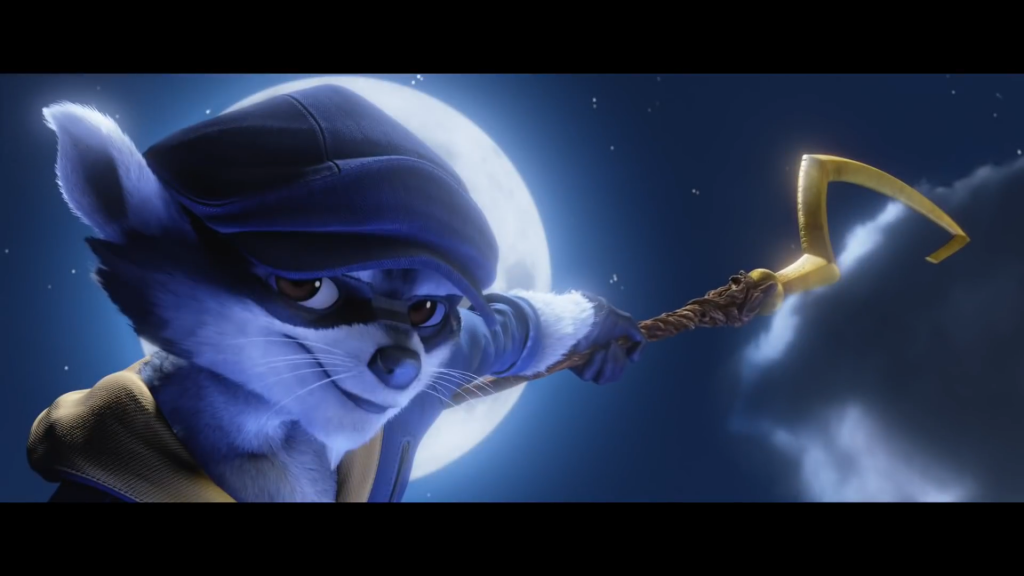 I think we’ll likely see a new game before Sly Cooper crosses over into other forms of media. Although I think it could be successful, making another game feels like a safer bet. Especially when you consider that Sly is really at home in the video game space. Film and TV are uncharted territory for the raccoon thief. Plus, Ratchet and Clank’s movie underperformed. But to be fair, Sony is starting to hit their stride in terms of adaptations of their games (i.e. Uncharted and The Last of Us).

Rumblings of Pixel Opus working on a new game have started to surface and to be honest, I think this has promise. When you look at their work on Concrete Genie, I believe they have the chops for a Sly Cooper game. But can that will do the series justice? Only time will tell but until then, all we can do is keep our fingers crossed. Or unearth our dusty PlayStation 3s whenever we want to revisit Sly Cooper and the gang.

What do you think is next for Sly Cooper? Let us know in the comments below. 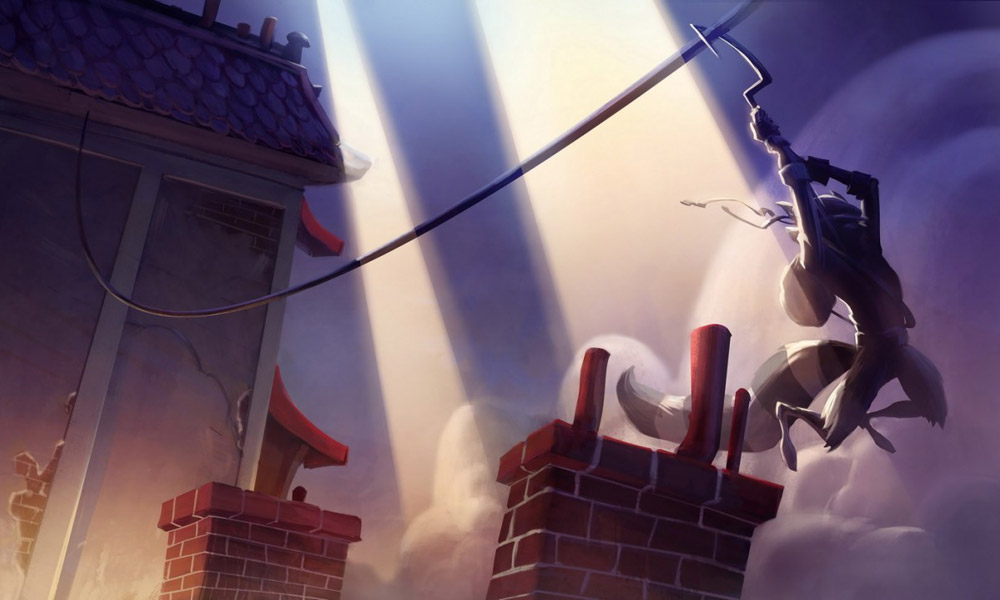