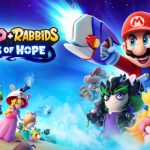 The iconic Tom Clancy name comes from nearly 40 years of military and espionage science fiction novels. Writer Thomas Clancy, penned novels like The Hunt for Red October, The Sum of All Fears, and, Patriot Games. Many of these games would go on to become big-budget action movies.

In 2008 Ubisoft purchased the Tom Clancy name for what many believe to be a number just short of $100 million. Presently Ubisoft has published just over 20 games with the Tom Clancy name. With Tom Clancy’s Mario + Rabbids Sparks of Hope, Ubisoft may be close to break-even on the naming royalties.