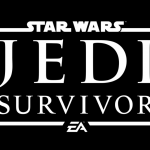 Star Wars Jedi: Survivor has just been revealed during Star Wars Celebration Day Two. This title will be a direct sequel to the hit action-adventure game Star Wars Jedi: Fallen Order made by Respawn Entertainment in 2019. No gameplay was shown, but some of its setting was shown in the trailer. Here is everything we know about the game so far.

Details on the Reveal for Star Wars Jedi: Survivor

The trailer for the game which will be aiming to release next year showed some interesting stuff.

The derelict Mantis on a desert planet, Cal Kestis looking at someone in a bacta tank. As well as the villain being in possession of his lightsaber and a march of stormtroopers? A lot to take in and speculate on. In their press release of the title they described:

Star Wars Jedi: Survivor picks up five years after the events of Jedi: Fallen Order. Cal must stay one step ahead of the Empire’s constant pursuit as he begins to feel the weight of being one of the last remaining Jedi in the galaxy. Accompanied by his trusty companion BD-1, Cal will meet and ally himself with an array of unique and interesting characters on his journey. Jedi: Survivor will expand on the series’ dynamic combat in new and innovative ways. In order to survive, Cal must learn new skills and grow his connection with the Force.

This will be a next-generation-only title. Releasing on the Xbox Series X|S, PlayStation 5, and PC.