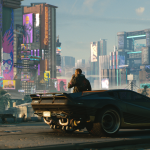 You are reading
6 Problems Modern Gamers Have to Cope With

Nowadays, there are many problems for modern gamers to contend with. From pesky game delays to not having enough cash flow to fuel your gaming addiction. These daily issues aren’t getting any easier. Problems arise today that just didn’t exist 20 years ago.

So without further ado, let’s take a look at 6 of the biggest frustrations we come across regularly. How many can you relate to? 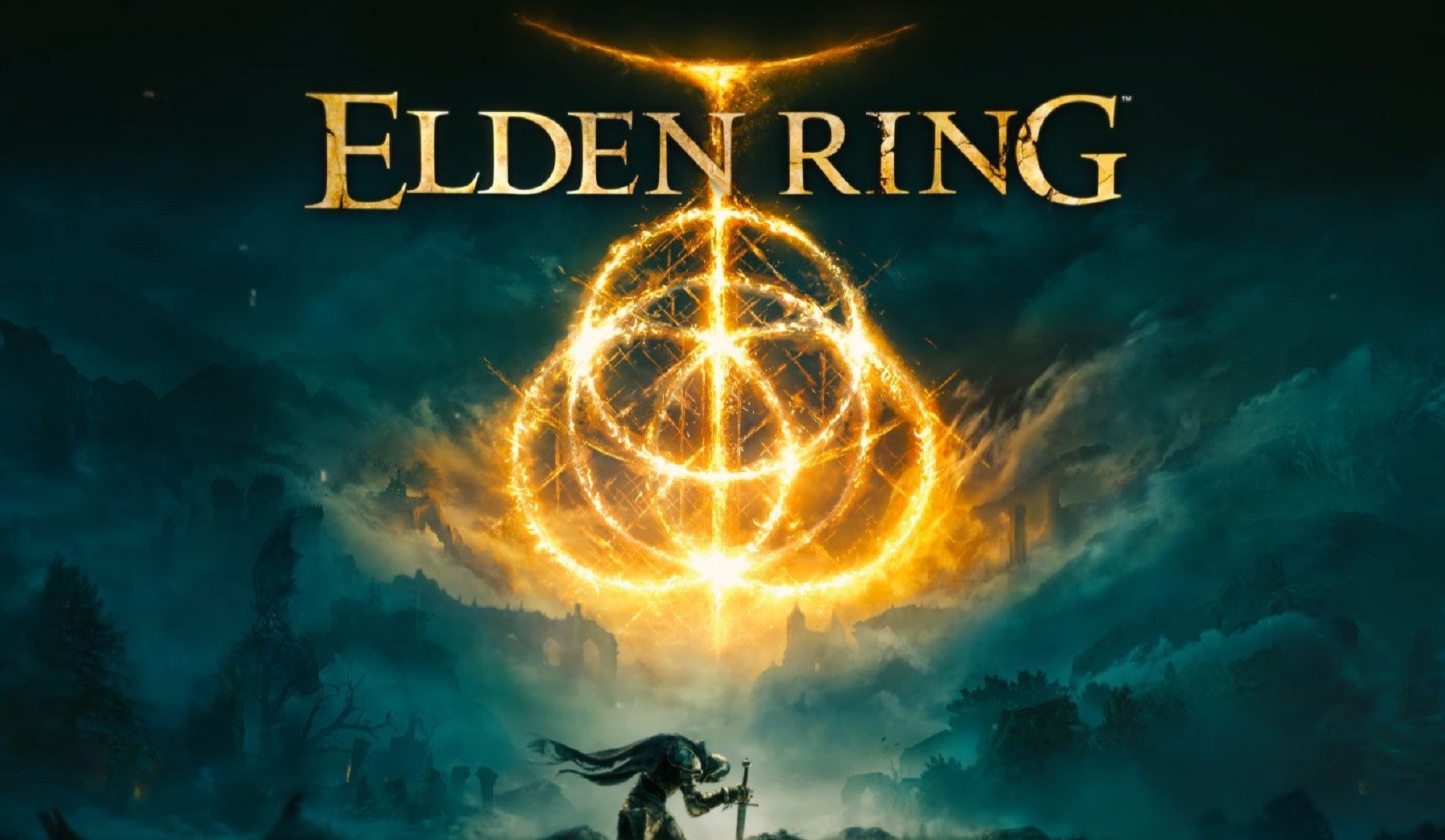 Picture the scene. You’ve waited MONTHS for a game to come out, eagerly counting down the days till its release, like a kid waiting for Santa.

The big day finally arrives so you promptly skip down to the video game store, arriving just as it opens. A swipe of the credit card later, and you’re racing back home, skipping every red light possible, resembling some kind of crazed GTA protagonist.

You get home. Opening the game box, that ‘new game smell’ hits you right in the feels. You fire up your trusty console and insert the disc. But just when you think your wait is finally over…….. BAM. Turns out, the developers had other ideas. A compulsory ‘day 1 patch’ blocks the game from loading up. To make matters worse, these patches are usually HUGE, and take several hours to download, depending on internet speed.

So the day’s leave you booked from work, which was meant to give you a solid 8 hours of playtime while the partner and kids aren’t home, turns into a wasted day.

By the time the installation is complete, the kids are home from school and want to go to the park, and the partner needs you to help with the ironing.

2. The Rising Cost of Gaming 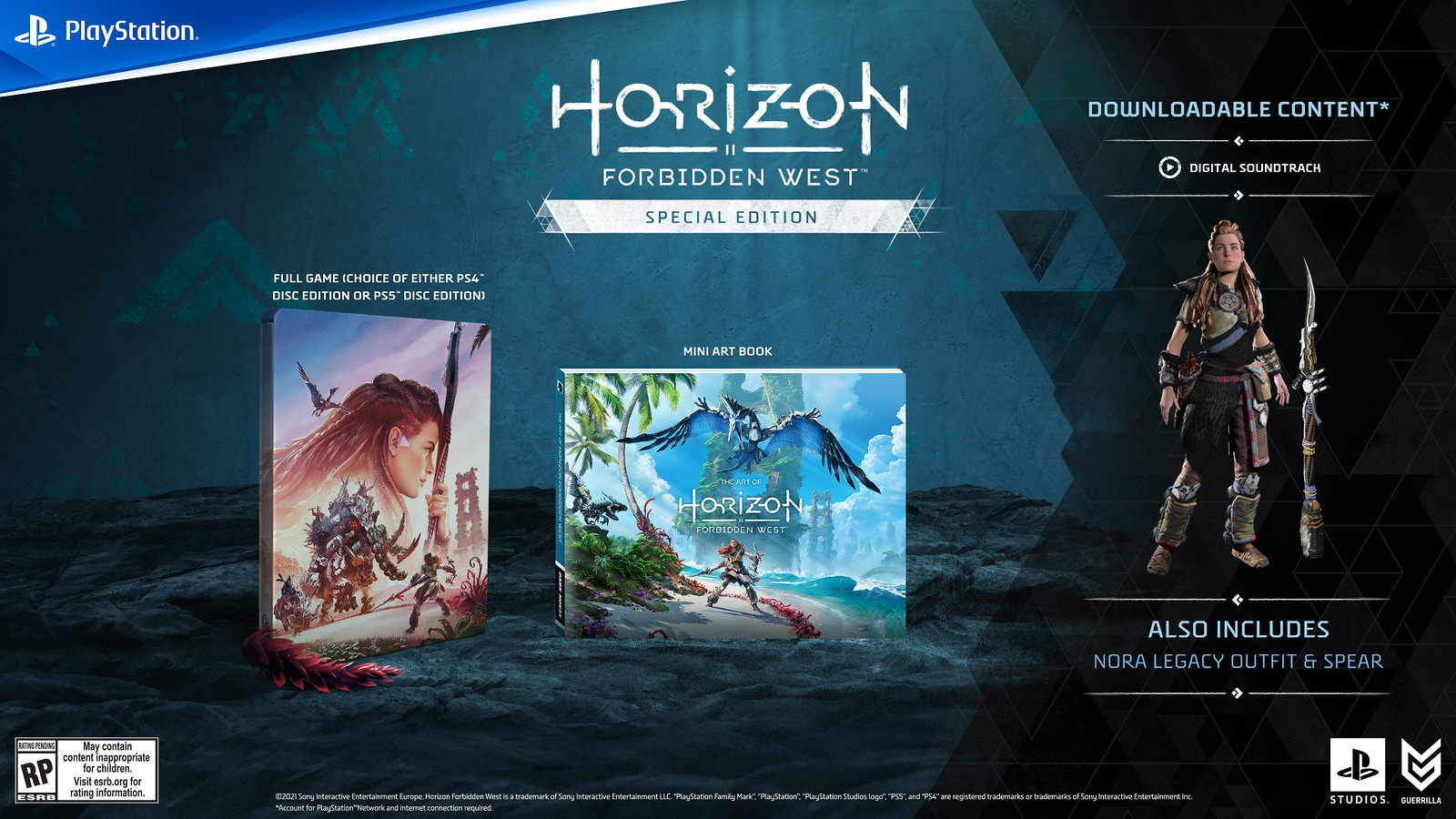 Of all the problems gamers have to cope with, financial ones are probably the worst. Gaming is an expensive hobby. Everything from the consoles, to the peripherals and even the games themselves, will have a serious impact on your bank balance.

Some titles today can cost up to $70 just for the base game. Add in special editions and DLC, and we are easily talking about $90-$100 for just one game. However much we tell ourselves that’s fine, we are likely just trying to make ourselves feel better.

Indeed, if you were one of the many gamers who wanted to buy Horizon: Forbidden West and Elden Ring within the 7 days they were both released, there’s a very good chance you had to sell a kidney to do so.

For Xbox users, Microsoft’s Game Pass has looked to alleviate these issues by providing gamers with a wealth of content at their fingertips, for one single monthly subscription payment. Exceptional value for money and the catalog of games is impressive. Microsoft, take a bow.

Playstation has, perhaps inevitably, attempted to follow suit with their all-new revamped PS Plus tier service which was launched this month. Whether it will have the same impact as the Game Pass remains to be seen.

It is, however, promising that both of these giants in the industry have seemingly taken steps to help gamers out in what is a difficult financial time for many. 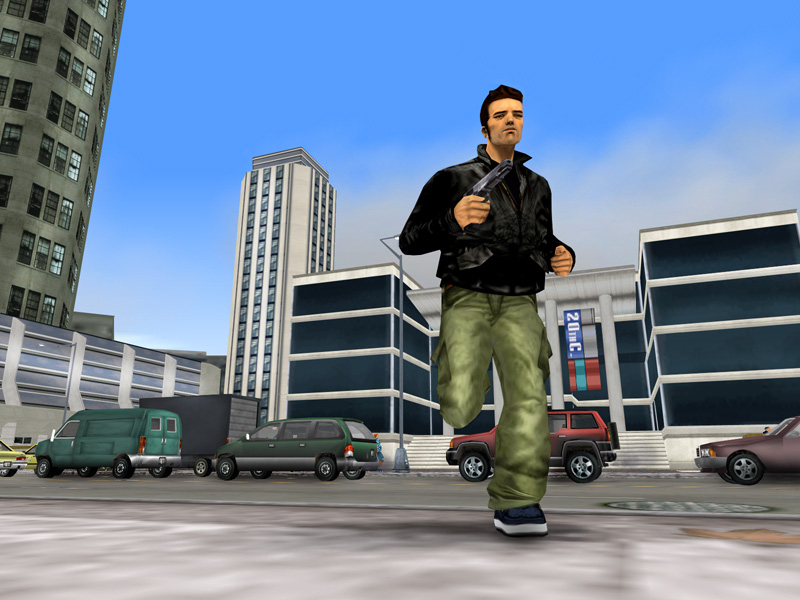 Do you remember playing Grand Theft Auto 3 for the first time? Stepping onto that bridge in the fictional Liberty City, with the rain pouring down, was a historical moment in gaming. The fact that players had this whole city as their playground, was a testament to the innovation of the video game industry at the time.

Likewise, a gamer’s first experience of Super Mario 64 was probably just as special. These genre-defining, game-changing experiences are forever etched into the minds of gamers worldwide.

Need further evidence of this? Most Xbox Series X or PS5 games have an Xbox One or PS4 version, which, aside from longer loading times and slightly worse visuals, will run identically.

Or how about Grand Theft Auto 5? The game began life on the PS3, was re-released on the PS4, and finally now on the PS5 too. The same game has been released across 3 platforms. This, probably more than anything else, is the biggest indicator that the gap between console generations is nowhere near as big as it once was.

It’s only logical then, that we just won’t be as wowed as we once were. 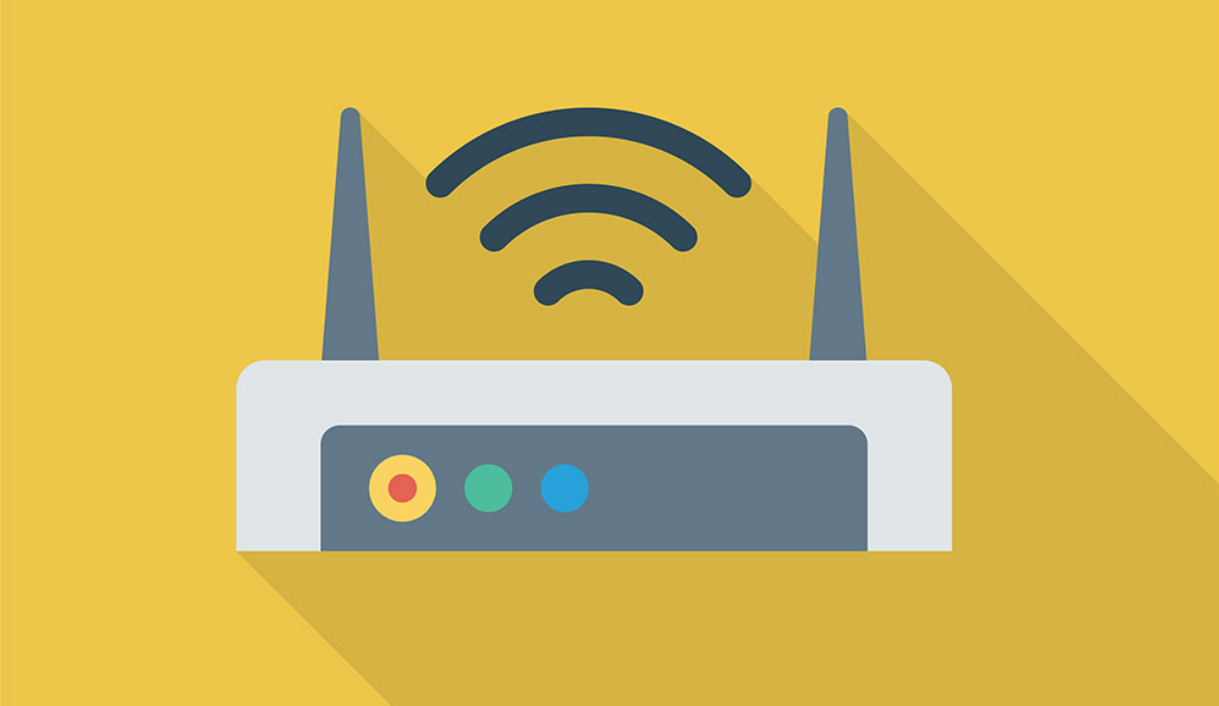 It’s incredible to think that at the turn of the millennium, online gaming didn’t exist. Fast-forward 22 years, and now online gaming is arguably more popular than offline gaming. Franchises like Call of Duty and FIFA are much more renowned for their online multiplayer options than their single-player content. Fortnite and Rocket League are just two of the free-to-play games based entirely on pitting gamers from all over the world against each other.

Importantly though, this has always remained a choice. If you want to play against others from around the world, or if you just want to relax and game on your own, that’s completely up to you. Providing you have an internet connection, of course, both choices are perfectly valid.

Some games, though, are determined to take that choice out of your hands. Popular titles such as Diablo 3 and Gran Turismo 7 require you to always be connected to the internet, even if you just want to play on your own.

Planning on taking your console to your granny’s with you so you can play some Gran Turismo 7 while she watches Casablanca? No can do, not unless she has wifi anyway. And everyone knows grannies don’t have wifi.

The official reason for this is supposedly to ‘stop hackers’. But whichever game takes this route, the decision is always widely condemned by gamers. Being online should be the gamer’s choice. Especially if they want to play single-player games! 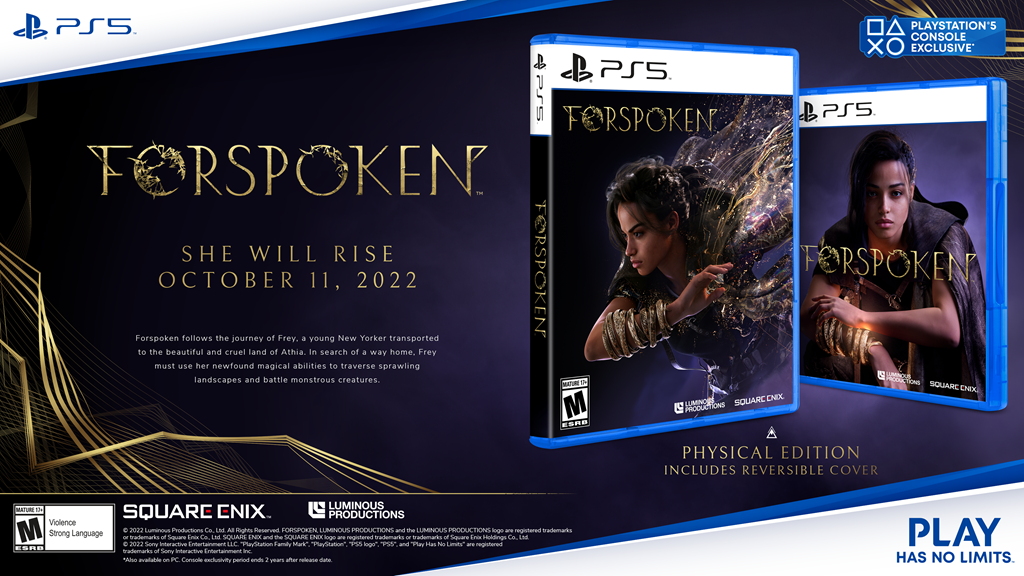 With the rise in popularity of social media, almost every stage of a game’s development is now under increased scrutiny. Developers have become extremely cautious when it comes to confirming a release date.

The COVID-19 pandemic saw this further intensified. Poorer working conditions, and fewer opportunities for face-to-face collaboration, saw many games pushed way past their initial release dates in 2020 and 2021. It almost became a running joke within the industry. Even today, game delays are now almost expected, with many gamers refusing to get caught up in the hype of a game’s release. Instead, they prefer to cautiously assume it will be delayed.

What’s that old saying? ”Expect nothing and you’ll never be disappointed”. This mantra has been adopted by many gamers over the last couple of years.

Back in the heady days of the 1990s, and early 2000s, half the time you wouldn’t even know a game was coming out until it hit the shelves. This made it impossible to see your hopes and dreams dashed at the last minute.

It was a simpler time. 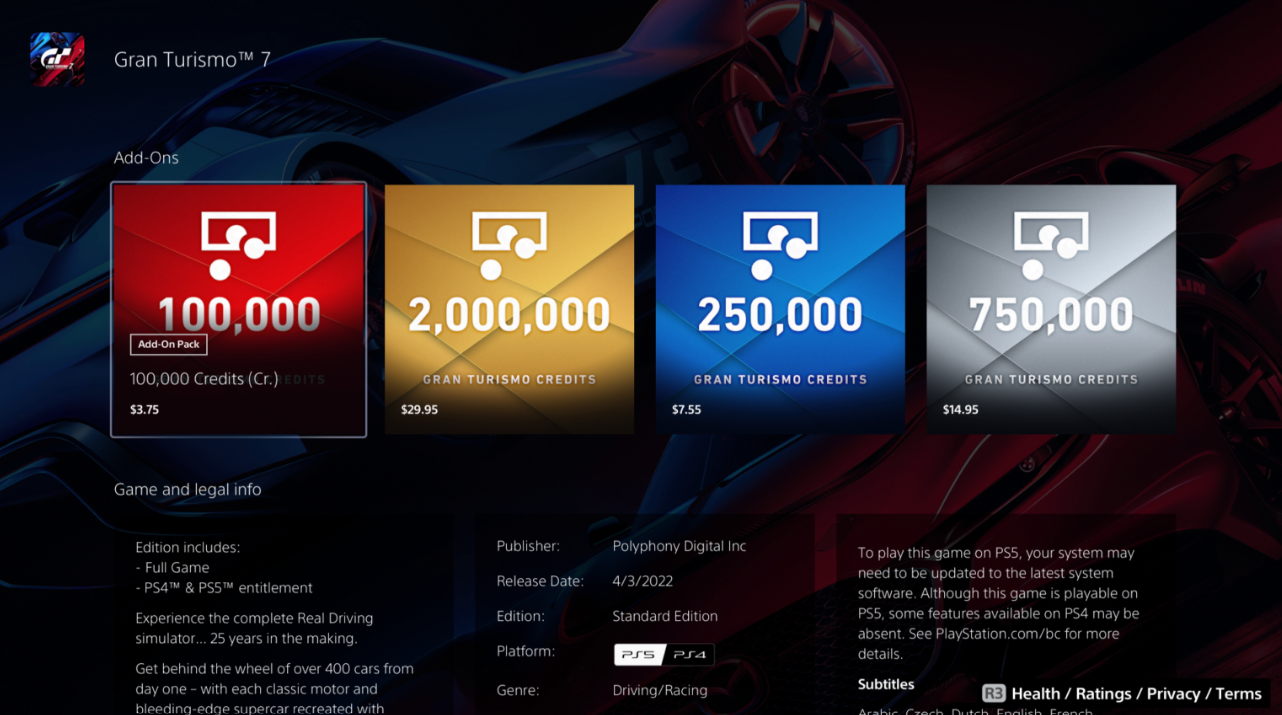 Ahh, the dreaded M-word. As we’ve already mentioned, it’s bad enough that some games can cost up to $70. Shockingly though, some of these games still expect you to put your hand in your pocket to buy in-game currency! Whilst it isn’t compulsory, an in-game currency usually allows you to purchase items that make the game considerably easier.

This is becoming more and more commonplace. For free-to-play games such as Fortnite, microtransactions represent their main income stream, so this is completely understandable.

For titles like Gran Turismo 7 though, a game that costs $70 right off the bat, it’s a little bit of a kick in the teeth that the developers have even included microtransactions in the game at all.

Unfortunately, it would appear that more and more developers are wanting to have their cake and eat it.

These are just some of the problems modern-day gamers come across. Can you relate to any of them? Did we miss some big ones? Let us know in the comments below!

As always, remember to keep it LOGNET for all the latest gaming news and views.