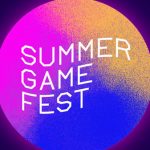 The traditional game conference and convention, Electronic Entertainment Expo is taking a second-year off due to the COVID-19 Pandemic. This summer Geoff Keighley showrunner of The Game Awards, will look to fill the gap left by a summer without E3. Under the banner of Summer Game Fest, he will showcase over two hours of game announcements. Among them comes the first look at Stormgate, from Frost Giant Studios.

Frost Giant Studios consists of former Diablo and Starcraft developers at Blizzard. Stormgate will be the studio’s first game and it looks fantastic. The RTS has high fantasy elements much like the team’s previous work. Stormgate is currently under a free-to-play model. The competitive live service game will enter beta in 2023.